Miguel Bosé, hoaxes about the pandemic in prime time 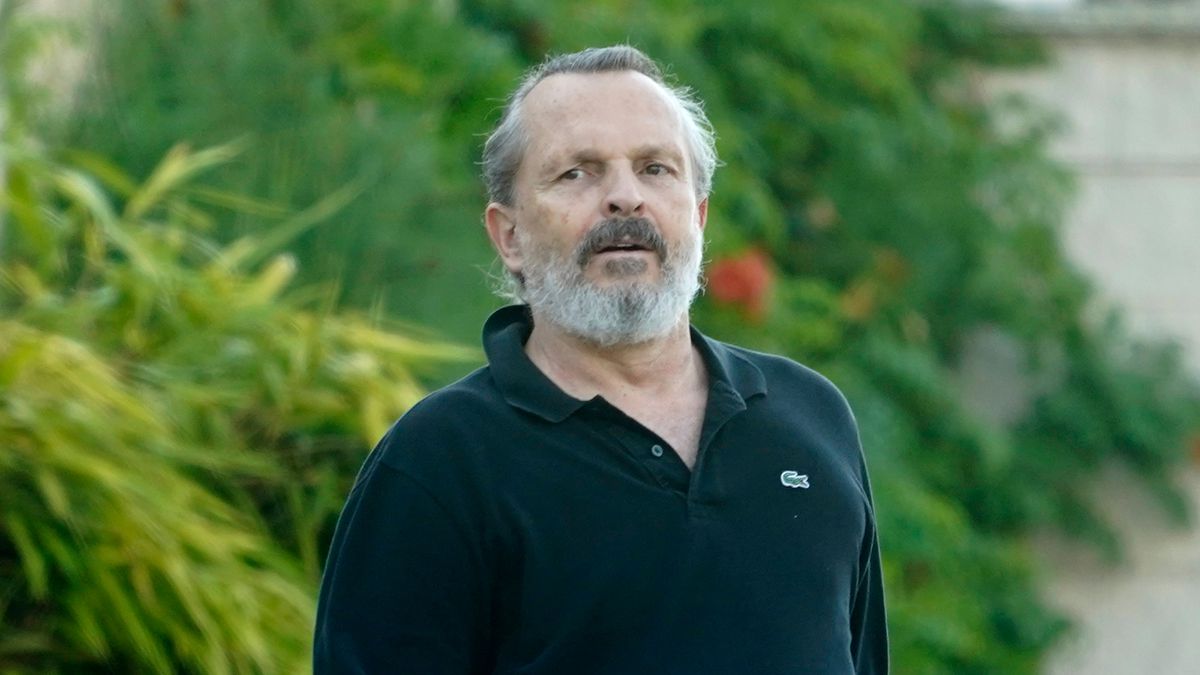 Miguel Bosé had not granted an interview to a Spanish television for more than five years and in just eight days he has broken audiences with the conversation he has had with Jordi Évole in Mexico, the country where he has lived for two years. The journalist decided to broadcast it in two parts, a more personal first in which he talked about his addictions, his parents and his heartbreak and another, last night, in which he exhibited his theories of denial of the pandemic, his opposition to vaccines, his criticisms politicians and especially their contradictions not without pride. “I am a denier and I hold my head high,” he declared on the program, despite admitting that he had no level to discuss it with a scientist.

Since the pandemic broke out, the singer who has just turned 65 has become an incredulous voice of the health alarm created by the appearance of covid 19 and has developed a discourse without scientific support that caused the closure of his social networks by the theories that he displayed in them. The criticism, he says, did not surprise him, nor did the mockery. “I expected it. It was not a normal attack, it was a bullying. There was no dialogue, no debate, just insults. And those trolls that they are wage earners who are against me today and tomorrow … and then the cowards who unite ”. A few days ago Bosé has returned to the networks but there is no longer a trace of those issues.

The artist is sometimes seen as a bullfighter, like his father, who risks his life. He did not face a bull but he did defend his ideas. “If I had listened to what they will say, I would never have had the life or the career that I have had,” he presumes to Évole and then goes on to tell how it all began, according to an interpretation that has no basis in the data. “This is unleashed because Sánchez makes a donation of 125 million to GAVI, to the Bill and Melinda Gates foundation, and I make a comment like many others and say no to the alliance with GAVI. Soon I received a call from a close friend who told me: ‘My brother-in-law works at GAVI and you may not be very informed.’ I answer, yes I am very informed, maybe it is your brother-in-law who does not know who he works with. From that moment the attack begins. It came from various sides of political parties and pharmaceutical companies … ”GAVI is a public-private initiative, the 2020 Princess of Asturias Award for International Cooperation for having provided vaccines to about half of the children on the planet.

For many years Miguel Bosé was a prominent socialist militant who actively participated in various electoral campaigns, including one supporting the current Prime Minister. During the interview with Évole, Bosé stoically endured a video in which he claimed: “I like the project proposed by Pedro Sánchez.” To then look at the journalist and conclude: “Now I’m sure I would not vote for them again.” The singer clarifies that he has not become more conservative, although his thoughts resemble those of Bolsonaro or Trump. “I have become more lucid. Now I would not vote for anyone. I don’t think there are people on the political scene, not just Spanish but worldwide, who are up to the task of leading a democracy or thinking about the citizen or thinking about a project as a country. Bosé explains that now that he lives in Mexico he votes at the consulate and does so blank. “I bet on Felipe González’s PSOE, then I continued out of loyalty. I would not do it again with the information I have today ”.

“I do not want to debate in this talk about science because we are not accredited,” Évole said to which Bosé replied: “I more than you, much more because it is a subject that concerns me and has touched me directly and I have addressed it.” To then deploy an argument without evidence: “This issue comes from a cartel of psychopathic billionaires called the Davos Forum where it has been planned for 15 and 10 years. You go to the website and everything is there because they believe they are the owners of humanity, of the Earth, of the planet because they are very rich and arrogant ”. And, in a defiant tone, he continues to say atrocious: “They will all fall, one after the other, politicians, scientists and pharmacists. They will not be able to go out for a quiet walk on the street. We’re heading for another Nuremberg trial. What bothers me is the entire system. Republicans, Democrats, left, right, center and the mother who gave birth to them, all out. I want a new world, we are going to have it. We are going to get rid of this nonsense, he has a month left because he has no arguments ”.

The interview takes place in a hotel in the Mexican capital where, according to Évole, the precautionary measures requested by the artist’s team are extreme, more than when he interviewed Fernando Simón. They required PCR tests, a small technical team and a lot of ventilation, which shows that one thing is what the artist and his collaborators think. “I am the boss,” he clarifies, “and they are respectful of the country’s norms.” Bosé, the boss, can’t even imagine putting on a mask, using hydroalcoholic gel or stopping hugging.

The singer was one of the most active organizers of a demonstration against the use of the mask in Madrid which he did not attend despite his commitment to attend, and which caused great controversy due to the images of crowded protesters and without face masks in the worst of the pandemic. “The ‘see you there’ thing was a way of speaking. I was in Mexico ”.

Bosé is not impressed by the death figures – “this is not a pandemic” – nor is it how vaccines are acting as balm in nursing homes: in Spain, in the last week of January, 771 elderly people died from covid, a figure which was reduced to 18 the latter. “I study and document myself on the subject. The worst thing about medicine is its politicization. The WHO says things that the millionaire psychopaths of the Davos cartel, who decide for us, establish ”.

“I have never thought that I am wrong. It is not that I am in possession of the truth, it is that it is the truth. The truth has not been wanted to know because there is a plan devised so that it is not known and because there has been no debate. Science only progresses if it is questioned ”, he maintains to ask again threateningly:“ Where is the virus? ”. Obviously, it was sequenced for the first time on January 7, 2020 and since then more than 140 million tests have detected its presence in as many people.

Not long ago Miguel Bosé was the promoter of an annual gala to raise money for a vaccine against AIDS. Remembering that time made him uncomfortable. “Now I have the information that I have. Now I am in favor of a ‘procure’ [buscar curación a las enfermedades], vaccines are not the solution. One of the most tender qualities of man is the power of contradiction … oh my, at that time I was singing Cute.…! I want revenge, but I don’t believe in the vaccine ”.

In 1992, Bosé was the victim of a hoax that claimed that he had died of AIDS. To silence rumors, he appeared on the program We want to know of Antena 3 that her friend Mercedes Milá presented where she had the support of Pedro Almodóvar. Seeing those images will reinforce you. “Here the only hoax that is not a hoax is a posture that I carry with my head held high and that is that I am a denier. Now they say I’m dying again because I don’t have the voice I used to. That is the only hoax ”.

He does not believe that he is incurring a lack of responsibility, especially since he is a very popular person whose voice reaches many people. “I am on the side of the truth. I have never doubted. This dictatorship has to end. If we get up we are more, less rich, but we are more ”. He is not worried about having disappointed many people, nor is he being told that he believes in the conspiracy theory – “that was invented by the CIA” – and he announces that he will return to Spain in the summer for three concerts without reference to his diminished voice and restrictions. for this type of event.

Before concluding, Évole tells him that he is going to call a scientist to exchange opinions to which Miguel Bosé refuses. “I am not a professional, I do not have the necessary knowledge to speak to a scientist.” All this after 58 minutes of propaganda of ideas that have no scientific basis.

Thursday knows What is the most energy-optimal city for housing in the world?