Migration Doctors Without Borders lifeboat not allowed back into the sea from Italy: “People drown when we talk to the authorities” 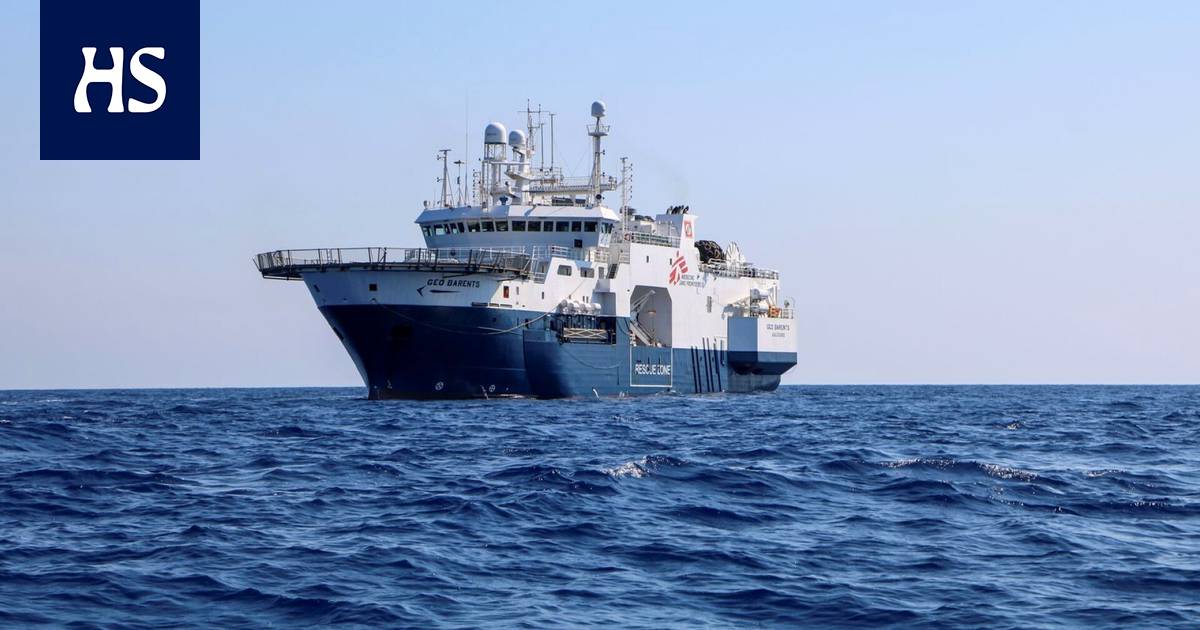 Duccio Staderini, who is in charge of rescue work, says many ships are being held in port on questionable allegations of deficiency.

Harley Street without borders, the rescue ship Geo Barents is stuck in the port of Augusta, Italy, from where it will not be released back into the Mediterranean to continue rescue work.

Authorities claim that a total of 22 deficiencies or defects have been found in the ship, ten of which give reason to keep the ship in port. The ship was inspected for 14 hours as it arrived in port with people rescued from the distress on 2 July.

“The inspection was not normal. It was done by a team of special inspectors invited from elsewhere in Italy, who have also inspected other NGO ships, ”the Doctors Without Borders (MSF) search and rescue Duccio Staderini tells HS.

The migrants were waiting to leave the Geo Barents in the port of Augusta, Italy, when the ship was allowed to land after a week of waiting. Picture: ANTONIO PARRINELLO / Reuters

The reason has been the corresponding “technical and operational irregularities”.

In June, the news agency AFP reported the release of the Spanish ship Proactiva Open Arms (POA) lifeboat. The vessel had time to be detained in the Italian port of Pozzallo for more than two months.

According to the SMF, only one NGO lifeboat, SOS Mediterranee’s Ocean Viking, is operating in the Mediterranean. Others are detained by the authorities in ports or in service after the detention.

MSF port inspections are exploited politically and NGO lifeboats are discriminated against.

“Inspection is clearly used as a tool to slow us down. Other commercial or publicly owned vessels are not subject to the same stringent inspections, ”says Staderini.

The authorities’ interpretations of the rules are incorrect, according to lawyers consulted by MSF. Many are questionable simply because the Norwegian-flagged Geo Barents meets all the standards of their home country and the Italian authorities are not allowed to set different requirements.

“The Italian authorities have also complained about the overcrowding on board,” says Staderini.

“According to international maritime law, there is no maximum number of people to be rescued. Every rescue is a case of force majeure, in which case the maximum capacity does not apply. ”

Geo Barentsin In this case, however, MSF has stated that it will remedy the shortcomings identified during the inspection as soon as possible and hopes that it will ensure a return to the seas.

If this is not possible, the decision of the authorities will be revoked by law.

The Norwegian ship was a major investment for MSF. Standing in the harbor is a huge waste of resources. The more the organization worries about human losses.

“As we speak to authorities and lawyers in this Kafkaesque situation, hundreds of people are drowning in the Mediterranean.”

As of January 2021, at least 721 people have been confirmed dead or missing along the Central Mediterranean route.

European states have been reluctant to save those seeking to land their countries, which is why ships of various aid organizations operate at sea. According to MSF, European countries have also stepped up forced returns to their general country of origin, Libya.