Migration crisis in the Biden era: what is happening on the border with Mexico? 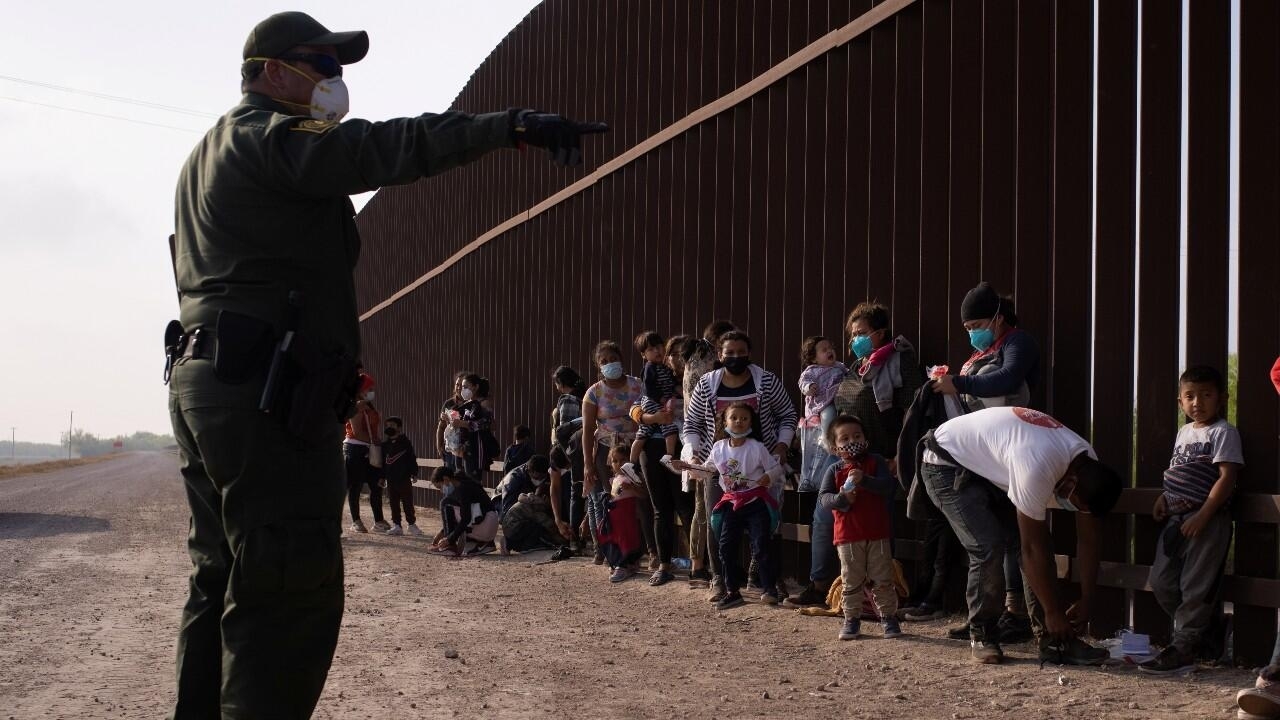 Since Joe Biden came to the United States government, the country’s immigration policy has shifted to leave behind some of the more restrictive measures of Donald Trump. Before the news of reforms, thousands of migrants traveled to the border in the hope of being able to enter the country. However, the changes introduced by Biden do not mean open doors for migrants. Most continue to be deported to Mexico, minus unaccompanied minors.

The number of minors arriving at the border is increasing. Only in February, 9,457 children and young people were arrested without their parents. In January it had been 5,800, a significant increase.

The difference increases when compared with figures from the Administration of Republican Donald Trump: in June 2019, minors in detention centers were only 2,600.

The current government of Democrat Joe Biden this week sent the Federal Emergency Management Agency (FEMA) to the border to Help find refuge centers and provide water, food and basic health services to the thousands of young people who are waiting in these centers for their immigration hearings in the courts, where their asylum application will be evaluated. Local authorities even began to accommodate children between the ages of 15 and 17 in the Dallas Convention Center.

The pull effect of Biden’s reforms

Precisely, the increase in these figures coincides with the arrival of Biden to the presidency. The Democrat sent a message to the world from the White House during his first days and weeks in office: he repealed the toughest immigration laws established by Trump and assured that he would once again be a country of asylum.

Only the first day of Biden’s government, January 20, the Department of Homeland Security announced two major changes in US immigration policy. The first was a pause of 100 days in deportations for some undocumented immigrants.

The second, that asylum seekers were not going to be part of Trump’s policy of ‘Remain in Mexico’, to stay in Mexico in English, a policy that deported any immigrant, including children, to the Latin American country while they waited for the first court hearing in the United States to present your asylum case.

The door remains closed for most migrants

The news that the first 25 migrants Asylum seekers who were stuck in Mexico were finally entering the United States made headlines in many media and several criminal organizations used it to sell the idea to immigrants that the border was open.

Thousands of Central and South Americans then embarked on the dangerous route to the United States, triggering the business of coyotes or human trafficking organizations that charge between $ 5,000 and $ 10,000 per person to help cross the border.

However, it cannot be crossed freely. The Biden Administration did not clarify that it maintains active Title 42, created by the Center for Disease Control and Prevention (CDC) under the Trump Administration, a decree that expels and deported to Mexico all persons who represent “a high risk of public health “during the pandemic.

We are working to build a fair, functional, humane immigration system. Read @SecMayorkas‘s statement on how we’re addressing the challenging situation at the southwest border: https://t.co/1eECMPCVU8

“Most of the people arrested at the southern border are adults who are expelled under the authority of the CDC for the management of the Covid-19 public health crisis. Following that authority of Title 42 of the United States Code, adults who come from Mexico and the Northern Triangle countries such as El Salvador, Honduras, and Guatemala are rapidly being expelled to Mexico, ”said Alejandro Mayorkas, First Latino Secretary of Security United States National in response the situation at the border.

The situation has caused thousands of migrants to remain stuck in Mexico again, a country that is not accepting deportees who do not have Mexican nationality and where they live under the threat of cartels and criminal organizations. The Human Rights First organization reports that, in recent months, there were more than 1,500 rounds, kidnappings, rapes and death threats against deported migrants from the US.

However, as Biden said at the time, Mayorkas clarified in his recent statement that all minors unaccompanied by adults will be admitted to the United States while they await a hearing before the judge. “They are vulnerable children and we have ended the past Administration’s practice of expelling them,” he explained.

This exception has caused thousands of children to appear alone at the border and are taken to the detention centers of the Migratory Police. By law, they can only be up to 72 hours in these places while their delivery is processed to the United States Department of Health and Human Services (HHS), which is in charge of finding them a temporary home or finding a family member to take care of the minor .

“Immigration police facilities have been filled with children and the 72-hour time frame to transfer these children from the Border Patrol to HHS is not always met. HHS does not have sufficient capacity to accept the number of unaccompanied children that we are finding, ”Mayorkas said in a statement. This largely explains why nearly 4,000 children are still being held.

The migration crisis not only has humanitarian dimensions but has also reached the political arena. Republicans are taking the opportunity to portray Biden as naive on immigration issues and as a president who does not defend the borders of the United States.

“The crisis at the border is going to destroy the country… Frankly, our country cannot bear the increase in immigrants. This is an unprecedented crisis such as we have surely never had at the border. But it’s going to get a lot worse, ”former President Donald Trump said this week in an interview with Fox News.

On the other hand, Biden also receives pressure from the left wing of the Democratic party, who demand respect for the human rights of migrants and suggest that the party’s unity would be at risk if the president does not fulfill his promises on immigration issues.

As Congress begins to manage one of Biden’s immigration reforms that would give citizenship to more than 11 million undocumented migrants, the crisis at the border keeps the president between a rock and a hard place.