Migrants – Venezuelan doctors in exile, the opportunity to practice far from home 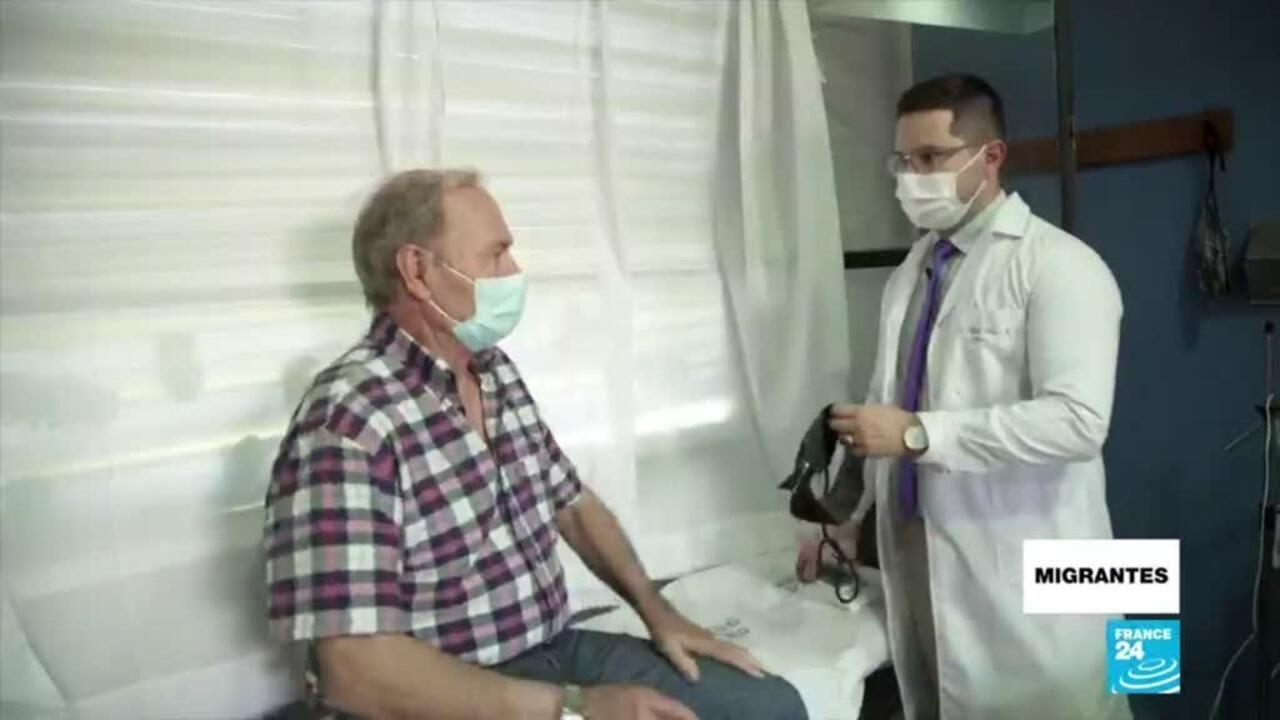 In Argentina there are about 1,720 doctors who arrived from Venezuela as of 2016. Of these, about 1,300 work in their profession and about 250 work in rural areas of the country, where there is usually a lack of professionals in this sector. For many it represents a golden opportunity, when other professionals must be employed in a myriad of trades in the face of imperative need.

“Traffic,” Dr. Luis Torres responds with a laugh to France 24 en Español, while driving his car, when asked what he likes about the place. “I love that there isn’t.” There is hardly any traffic in Bayauca, a small town of less than 800 inhabitants that he arrived in about two years ago and which has only a few streets. Today Torres runs the town’s health center, which is located 300 kilometers west of the Argentine capital, Buenos Aires, in the center of the province of Buenos Aires, in an eminently rural region.

The health center is on the margins of Bayauca and it is not strange that the land where it is located between a cow or calf to graze. It is a one-story building, well equipped, even with a dental office, for when there is a visit from that professional, Torres’s house is attached to the rear.

Never until arriving in Bayauca had he lived in a rural setting. “It was difficult for me to adapt for at least the first two or three months, because well, maybe I don’t have the facility to run out to eat at any time I want,” he confesses. “No, here after one in the afternoon until five is when they start to open all the things.” And he still hasn’t gotten used to the Argentine accent. “There are things that I still don’t quite understand and it’s hard for me,” he says.

Anyway, when it comes to missing things, what he really lacks is his family (almost all outside of Venezuela, except for a grandfather): “Every day I miss them horribly, because we have been separated for a long time too. , but you take it, I say it in a very personal way, as if it were a vacation, I don’t know if it’s eternal, but there it hits less, or it hurts less “.

Torres migrated in 2017 from Venezuela, where he studied at the Rómulo Gallegos University. He first lived in the City of Buenos Aires, and worked on other things while he waited to complete the process to validate his title: Uber driver, handing out flyers, in furniture stores. He had the support of the Association of Venezuelan Doctors in Argentina (ASOMEVENAR), which was formed in 2018 from a meeting in a plaza and a WhatsApp group. There were 100 professionals; today there are 1,720. “Beyond the fact that Argentina has received us and everything, meeting with your colleagues is also nice,” says Torres. “It’s a feeling that I don’t know how to explain, but it’s like having your brothers close by.”

The president of ASOMEVENAR is Dr. Indira Acosta. She lives in the city of Buenos Aires, and combines her work with the efforts to help her Venezuelan colleagues. The main difficulty they face has to do with the delay in the validation of their titles. “The time is variable, we do not know more or less how long it may be, but in that case the process can take between three months to a year,” Acosta explains to France 24 in Spanish.

In any case, the health urgency caused by the Covid-19 pandemic led the Government, through decree 260/2020 (valid at least until the end of 2021), to allow foreign doctors to work without having validated their titles in Argentina . It was thus, says Acosta, that “many hospitals, both provincial and municipal, in the province of Buenos Aires and distant provinces, took Venezuelan doctors to fill those spaces where there was a lack of resources.”

But Torres traveled to Bayauca when there was still no pandemic, thanks to the fact that through ASOMEVENAR he learned of an initiative for Venezuelan doctors to go to work in rural areas. Before he arrived, the town spent nine years without a professional in charge of the health center, then two doctors passed by who did not last long, and a third who continues to work, but part-time.

“That there was a Venezuelan, who did things well, and who made changes for the better, who left his mark”

“The Argentine doctors are more than proven that they do not like to go outside, the towns, and they all concentrate in the city, in the large medical centers,” Enrique René Santiago, a patient at the center, tells France 24 in Spanish. of health. “Dr. Luis has been very welcome, he is much loved by all the people, a very good person, they are all very happy with his care and we are more than grateful, because we have a good doctor.”

Having a doctor in charge of the health center full time has meant a radical change for the inhabitants of the place, as María Isabel Caminos, a neighbor of Bayauca, told this media: “I have a very ugly personal story: my parents died without medical assistance. How can we not love this creature, I say? Because he offers himself with all his soul to his patients. “

The feeling is mutual, Torres says: “I am obviously grateful, because it is not easy for a people to adapt to a doctor who comes from another country, with different customs.” For him it is essential to leave a strong memory, no matter how long his presence in Bayauca lasts: “That there was a Venezuelan, that he did things well, and that he made changes for the better, that he left his mark.”