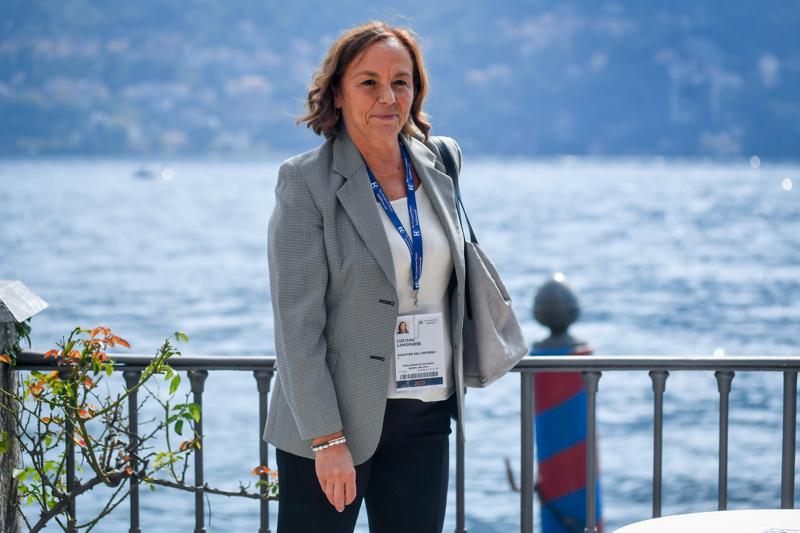 Luciana Lamorgese was born in Potenza on 11 September 1953, she is married and has two children. After the experience as Prefect in Milan, she was chosen as Minister of the Interior in the Conte II government. Despite the stiff contrasts with Matteo Salvini, who in the meantime joined the majority, he maintained the same role in the Draghi government

Matteo Salvini clarifies that the League will remain in government and ‘corrects’ the ultimatum on landings sent to the executive last night. It is necessary to stop the arrivals and solve the problem “by August”, said the Northern League secretary, speaking with reporters at the Festa della Lega in Cervia, otherwise it becomes “difficult” to support a government that is doing “worse” on landings than when Angelino Alfano was at the helm of the Interior Ministry. Interviewed by SkyTg24, a few steps from Papeete beach where he is on holiday with his son, this morning the Northern League leader assures: “We in the government are here and we are fine”. But then returns to attack the Minister of the Interior, Luciana Lamorgese. “If anything, it is some minister who is paid to take care of national security who must demonstrate that they know how to do it. Not the League, but if anything, it is she who does not get it right in the government. Not the League, but the Lamorgese that if it does not do well his job to have to decide what to do “.

Salvini also criticizes the discussion on the green pass in schools initiated by the executive. “What sense does it make on August 2 to tackle an issue that will concern us in September? If the situation worsens, we will draw the consequences – he says -. Addressing the issue of the green pass in schools now means ruining the summer season. We will talk about it”. And back to attack the Democratic Party on the MPS issue. “This is a Pd disaster, which is managing to blow up the oldest bank in the world. Thinking of a sale at Unicredit certainly not, not like this. Going to the private sector yes but with the necessary time and maybe creating a bank of the territories “. He assures us that he will speak on the subject in the early afternoon with the Minister of Economic Development Giancarlo Giorgetti, in Milano Marittima. Finally, the head of the League announces that he intends to close the center-right federation project he is working on with Silvio Berlusconi “by August”. He postpones any discussion on the election of the next President of the Republic “in February” and robs every division within his party on green passes and vaccines to “different sensitivities”.

Migrants, Pd: Salvini hits Lamorgese weakens Draghi – “The attack – decomposed and inappropriate – of the Secretary of the League, Matteo Salvini, on the Minister of the Interior Luciana Lamorgese on the immigration issue is doubly wrong, and results in a double attack on the action of the Prime Minister and an inappropriate destabilization of the political framework “. This is what we read in a note from the Democratic Party. “First of all, Minister Lamorgese is not an expression of any political force. The technical nature of her office leads her directly back to the premier, and rightly so because a government in which there is not full harmony could not function – especially on such a delicate issue as the immigration – between Palazzo Chigi and the Viminale. And here is the first mistake, because to blatantly question the work of Minister Lamorgese means not trusting the Prime Minister’s action. And here comes the second mistake: on the issue of immigration, Mario Draghi is leading a very delicate game in Europe that will see crucial moments in the coming months, moving in the direction of a greater European response and overcoming the current status quo. Attacking the government on the issue of immigration means weakening it on a European level in this complex phase of negotiated “. “Salvini talks about Draghi’s standard-bearer, then in practice – on sensitive and delicate matters such as vaccines, health prophylaxis, immigration – undermines the work of the government. He already did so yesterday with Minister Speranza , he does it today with Minister Lamorgese. We have understood that the air of Papeete awakens in him an ancient conditioned reflex against the government in office: but here we cannot joke. part of a secretary of a majority party who expresses important ministers who in the Council of Ministers have shared every type of choice “, concludes the Democratic Party.