Migrants – Individual initiatives, aid and service for the integration of migrants 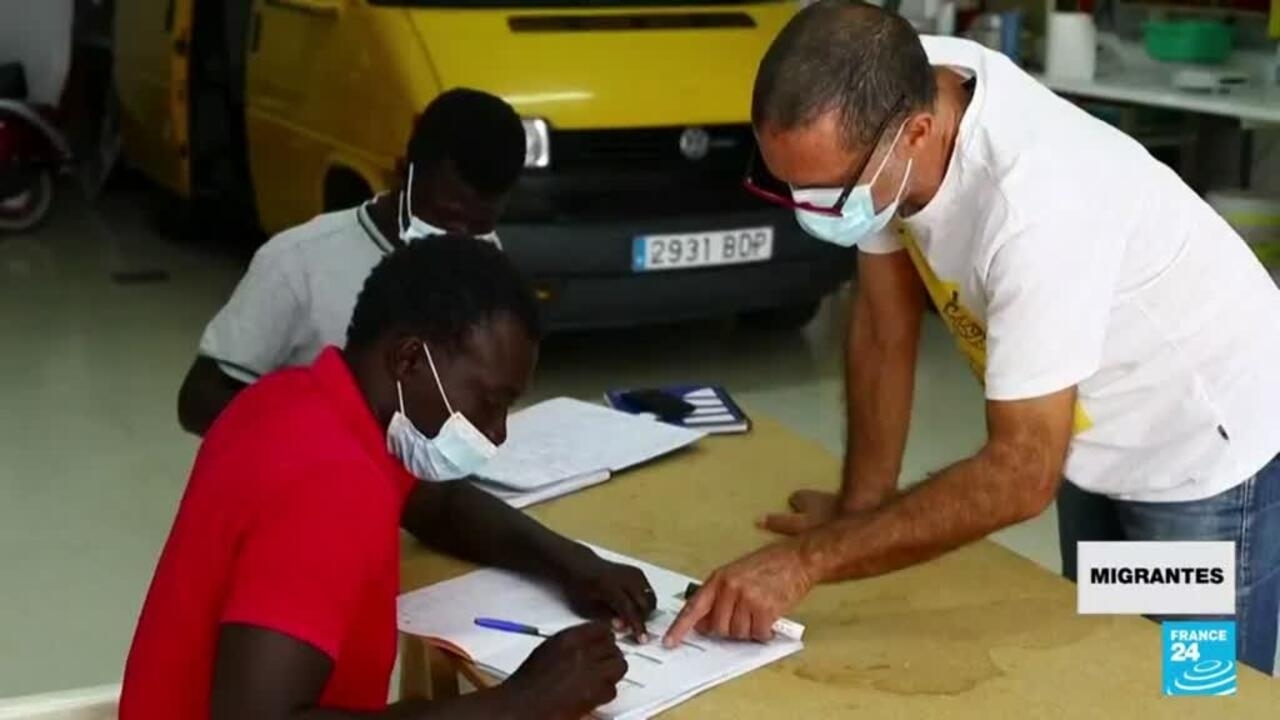 While host countries wonder how to deal with the arrival of migrants and refugees to their territories, there are individual decisions that facilitate the inclusion of newcomers. In the Canary Islands and in New York, two men decided to give of themselves to support migrants who found obstacles to their integration in the language and the lack of documents.

The massive arrival of migrants from Africa to the Canary Islands caught the attention of Tito Martín, a Spanish citizen who resides in Las Palmas de Gran Canaria and who decided to help young Africans who did not know the language.

To make it happen, he made a space in his garage and placed a tabletop and study tables. In addition, he had Isabel Florido, a Spanish, French and English teacher, who was willing to help. “There is a lot of migration on the island and this has captivated me,” says Isabel.

This initiative is an opportunity for migrants who do not master the language. For others, it is the closest they have been to a school.

Mor Low had never been to one. “I didn’t know how to read, I didn’t know anything and Tito offered me to come to his house to learn Spanish easily,” he shares. Mor has already begun to pronounce his first words in Spanish.

In the United States, since 2008, the entry of thousands of minors into the country led to the emergence of the youth visa, a document that allowed young people between 18 and 21 years of age to legalize their immigration status supported by the figure of a legal guardian.

A Lutheran father Fabián Arias took on the task and has already sponsored about 130 teenagers. Some remain under his tutelage, while others achieved citizenship.

+ And the migration data of the week: An interactive mural at the border barrier between Mexico and the United States tells the story of 15 people who were taken to the latter country when they were minors and who years later were deported because they were not included in the Deferred Action Program for those who arrived in childhood, DACA.