Migrant smuggling, a millionaire crime with the poor as merchandise: $ 6.6 billion in annual profits 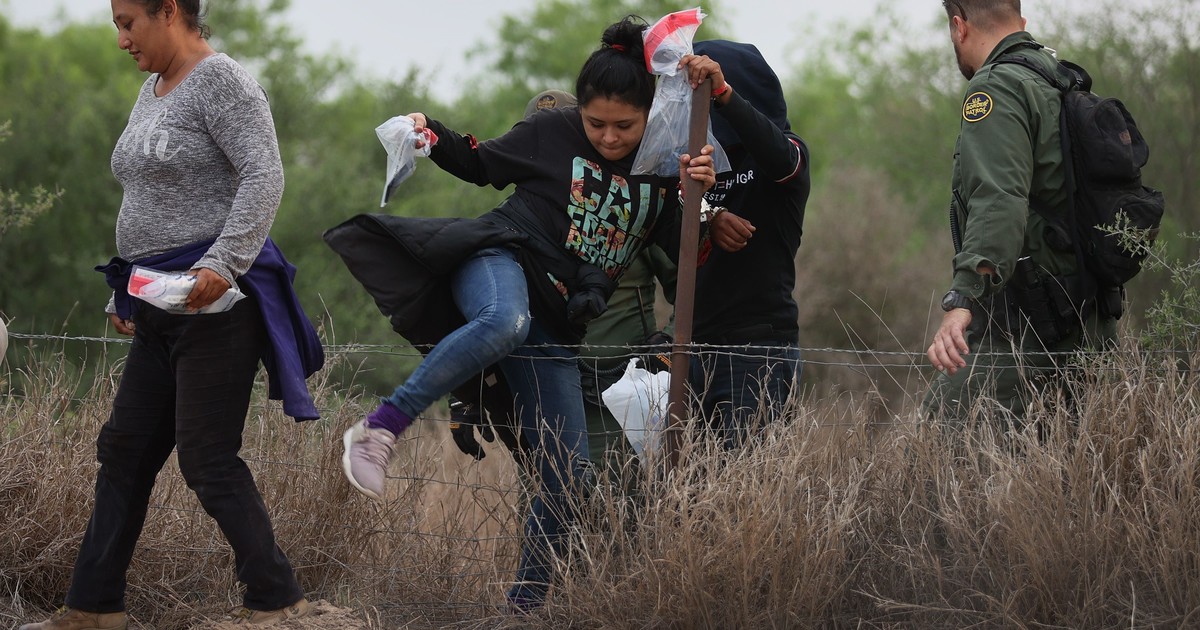 The actual avalanche of undocumented to the United States through Mexico not only exposes a humanitarian drama, but also the trafficking of migrants that moves billions of dollars and in which people are treated as merchandise.

Every year hundreds of thousands of illegal entries are registered through the 3,200 km border, according to the United Nations, that it has encrypted at 6,600 million dollars the annual profits of these human traffickers known as “coyotes” or “polleros”.

Like other forms of organized crime, it is usually controlled by drug traffickers, although the first link may be a neighbor of the migrants, mostly Central Americans.

Harassed by poverty, Honduran Juan Macías (name changed) paid one of those networks in March $ 7,000 he raised from family loans.

“They work through organizations, they call them guides; And then the cartels are on the border, “the 35-year-old man told AFP at a shelter in Mexico’s Ciudad Juárez, where he was expelled from the United States.

Now, in debt, he waits for some immigration benefit from the US president, Joe Biden, or trying to cross by his means.

Macías says that dealt with eight “polleros” during the trip in which some thirty migrants took part.

“You identified yourself with the code when you arrived at the place: ‘I’m so-and-so and this is the code‘(…) They don’t say anything, just’ follow me ‘, “he says.

Traffic did not stop even with the “zero tolerance” policy of former President Donald Trump, and has experienced a rebound since the arrival of Biden, who offered regularize 11 million undocumented and stopped the separation of families.

But the president just delayed his plan to increase the quota of admitted refugees and kept for now Trump’s historically low 15,000 limit (3,000 for Latin America), sparking criticism from Democrats.

The arrests of undocumented persons in the United States shot up 71% in March, reaching 172,300, while the number of unaccompanied minors doubled to almost 19,000.

Those people arrived after long and dangerous Crossings on foot, in truck boxes or by train.

Traffic was originally controlled by mexicans linked to a program that allowed them to work in the United States between 1942 and 1964.

Over the years they were replaced by criminal companies capable of corrupting authorities and that they employ from “hookers”, those who help cross the border between Mexico and Guatemala, even those who carry a ladder to pass the fence into the United States.

In 2020, Mexico was investigating a score of networks. Although most are Central American, there are also Cuban, African, Chinese and Indian migrants, according to the UN.

And although security has been tightened, smugglers are using routes different from the traditional ones.

In the tortuous journey, the migrants “become merchandise,” says the UN, to the point of being marked with bracelets bearing their names and inscriptions. as “deliveries” or “arrivals”.

A 24-year-old Honduran woman and her one-year-old daughter were fitted with purple bracelets, which they had to throw away before turning themselves in to the US border patrol.

A purple and white bracelet identifies who They are going on a “special trip”, although during their attempt to cross to the United States, all, regardless of their bracelet, remained hidden in a warehouse in Reynosa, says the woman, expelled on April 12 with 156 other mothers and their children.

“They put them on you before reaching the river, and after passing, you have to take it off“, he adds – reserving his name – in a hostel in Ciudad Juárez.

Narcos broke into migrant smuggling in 2009, in the midst of the military anti-drug offensive deployed by Mexican President Felipe Calderón (2006-2012), which has left some 300,000 dead since then.

“It is a business and, as such, it works by supply and demand (…) If the State presses in the war against drugs, the drug traffickers will seek diversification,” explains Javier Urbano, from the Ibero-American University.

In addition, this crime involves fewer risks. In 2020, five men were sentenced to six years in prison in Mexico for transporting 785 migrants in trucks.

Some drug traffickers also engaged in stealing, extorting, or forcing migrants to work for them. “That is why we know of extreme cases of murders,” adds Urbano.

In 2010, 72 migrants were massacred in San Fernando (Tamaulipas, east) for allegedly refusing to serve Los Zetas, while 16 Guatemalans and three Mexicans were killed last January.