Middleton, Holiday and half a century with them: the Bucks, to the Finals 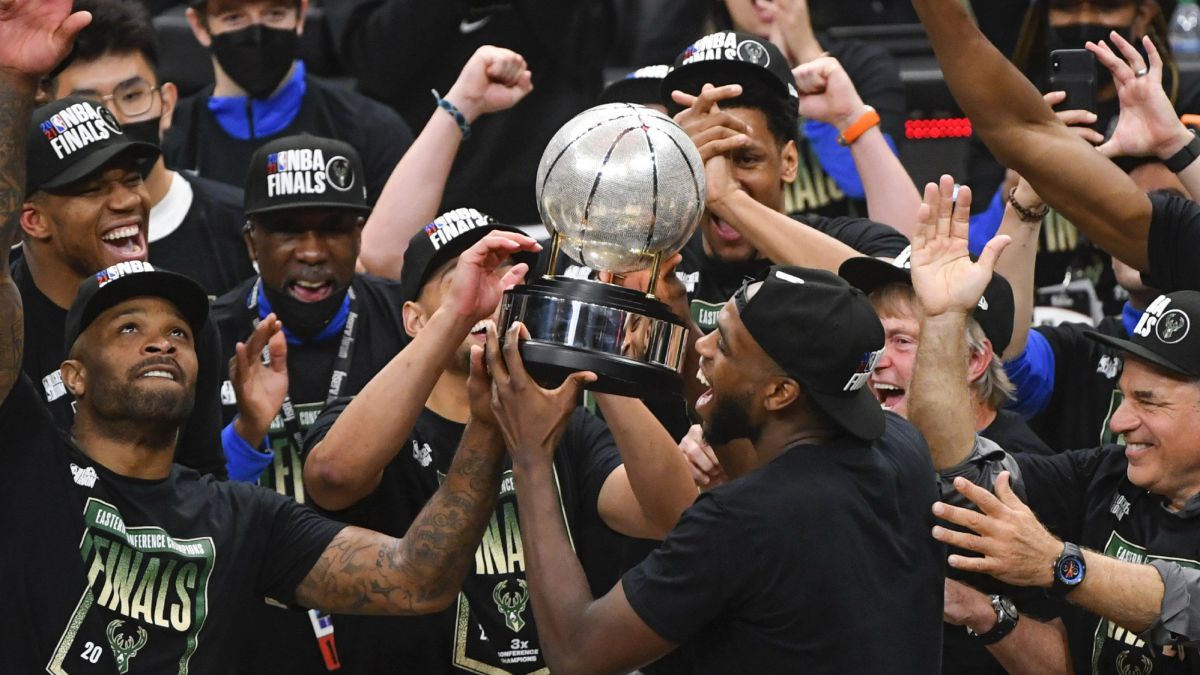 Antetokounmpo wasn’t there, but Khris Middleton and Jrue Holiday were. The first, his Robin, his squire, his faithful companion in an adventure that, finally, is approaching the desired end; the second, the piece that came for this, to make that qualitative leap that broke the glass ceiling in playoffs. He has (107-118). After 47 years, the Milwaukee Bucks will return to the NBA Finals. After 50, you will have a chance to get your second ring ever. And it will ultimately be thanks to Middleton and Holiday. Thanks to two of those superstars who, for many, go unnoticed. Two players who do not like the spotlight, who do not have the glamor of the big catwalks, which do not star in covers or sell excessively t-shirts; but they brim with basketball. Trae Young came to force the seventh, but really, he was the one who was forcing. He left everything and everything is what these Hawks have ahead of them, loaded with the future, fierce in the present, but still a little step behind the greatest. Milwaukee has worked hard to be among them, has listened to everything and has stumbled like no one else, but it is already there. A blue-collar city, as Bobby Portis said in the previous one, full of players who shine in silence and who, now, will be presented to the general public. There were nerves and, until the two stars of the night decided, more will than success, but the NBA Finals are already defined. Milwaukee Bucks and Phoenix Suns, breaking the bench, will embody one of those duels that, at their root, honor the NBA, to the best league in the worldor.

Every second was in dispute. The intensity of PJ Tucker and the quality of Jrue Holiday open the game. Portis, in a mixture of both, accompanied. In the end, the three of them would do everything. The final thrust, on the basis of Khris and Jrue, would be signed by PJ from the corner, his corner, with his only triple of the night, his fifth point, but the one that stopped the last rebellious attempt of the Hawks. That, if they are something, they are rebellious. Scourge of status quo and a limpet on the scoreboard, capable of going 22 points behind, already in the third quarter, and recovering, and recovering … and recovering. They had to do it, and they know how to do it, although they did not want to force themselves to do so. Because what happened can happen: not arrive. “They hit us first. It’s hard to play from behind against a playoff team. “, John Collins had warned after the fifth game. The words were blown away by the wind and the points, Milwaukee. Again. After a partial 4-13, Nate McMillan was forced to request a timeout, seeing a continuation of the previous clash on the floor. For more ghosts, as soon as the meeting resumes, alley oop from Portis to Brook Lopez, who beat wildly coming from behind. The harangue, however, found port, stopped the deja vu. Bogdan Bogdanović, reactivating memories, but more pleasant, commanded a response that recovered the natural order of things (16-18). And Danilo Gallinari, with two triples after step back, endorsed the response of the answer. Insufficient to give that first blow that Collins asked for (24-28), but necessary to remember the situation: A sixth game that, when in doubt, could take the Bucks to the Finals, as he finally did, bringing Kareem Abdul-Jabbar, even Lew Alcindor, Oscar Robertson or Bob Dandridge to the present. Bringing to the present a past that has endured for generations and generations.

Blows for John himself and Clint Capela, vital oxygen on the rebound, for Pat Connaughton, who rushed all the plays as if they were the last, and for Portis, who distributes a lot, but also receives. It struggles, a lot of chaos, mud and little success. Normally a common formula when the abyss and responsibility loom. An ambivalent tension reigned in Atlanta, one that he sought to explode, but did not know when or how. The second quarter, ended in a draw (19-19), was a clear-sighted example of this. Far from a non-aggression pact, he exemplified, between attacks, that it was fear that dominated the encounter. Paradoxically, the fear of failing in the midst of a relentless string of errors. In that set, the Bucks and Hawks combined to convert 38 points on 49 possessions. Also to add 21 losses and to stay away from 50% in any of the shooting percentages. The success said no to all appointments, until Middleton, suddenly, captivated him. He made her his in a fleeting summer love, one-fourth, but one that was almost definitive. The highest scoring quarter of his career, 23 points, the most for a Bucks player in the last 30 years, the injection of history that Wisconsin needed.

A slight limp in the first quarter made it clear, from his someone doubted, that Young was on the track because of the importance of the night. Les Hawks needed a hero and, in those terms, he looks like few others. It does not require being 100% to do it, but it was far below. The first set ended with the same points as fouls (2) and in the second he added a technique for protesting. It is debatable, but a sample of his moment and, by extension, of the team, which neither found nor found him. At halftime, with six assists in the group, only two of his passes were converted and, on the counter, he remained at 5 points. In the end, 14 points, 9 assists, 4 rebounds and 5 losses. Sweat and pain in every action, invested in a future that is his. And, apparently today, from Cam Reddish, among many others within this team. The forward, in his second season, has been the victim of a barrage of injuries, but has stuck his head out at the end to make his fundamentals clear. 21 points with a brilliant decisive stretch, with 6 of 7 in triples and the trembling in the rival legs. Insufficient, like Bogdanovic’s 20 points, Gallinari’s 13, Capela’s 14 + 9 or Collins’ double-double (13 + 11); but hopeful. The word of the season, without a doubt, for Atlanta.

The cape was suddenly worn by Middleton. As he had already put it on in the last quarter of the third match. 16-2 in a set monopolized by his repertoire, which has no end. From the simplest to the most complex, and start over. Tray? Tray. Step back? Step back. Jump shot? Suspended shot. Judgment? Not definitive. He seemed to have that when and that how, in the third quarter (29-44) and in all possible ways, but history, half a century without glory, asked for more. Jrue Holiday, who had already contributed during the deity of his companion, endured the downpour. In defense and attack, physically and morally. ANDIn the midst of the revolt of the falcons, he put the tranquility, if it could have shelter. And the quality, as it had started. He rectified in the air sensationally to put out the fire (101-109), left the ball in the air for Brook, in a movie closure, to lower it and distribute it in the game over, on a triple by Tucker from the corner, on a pass from Middleton (106-116). 27 + 9 + 9 for him, a (almost) triple-double that honors all the dimensions of his match; for Khris, a 32 + 4 + 7, doing it to his providence effervescence. With them, a 12 + 9 from Portis, a 13 + 6 from López, a 5 + 8 from Tucker, a 13 + 8 from Connaughton, a 5 + 2 from Forbes and 11 points, with three of three on the perimeter, for a very timely Jeff Teague, in redemption where it was All star. Altogether a historic victory for those who, without their leader, have brought historic leaders to the present. Even without your trust. Kareem Abdul-Jabbar, just over a week ago, said that he did not see possible that these Bucks were champions. At the very least, they have earned the right to be. 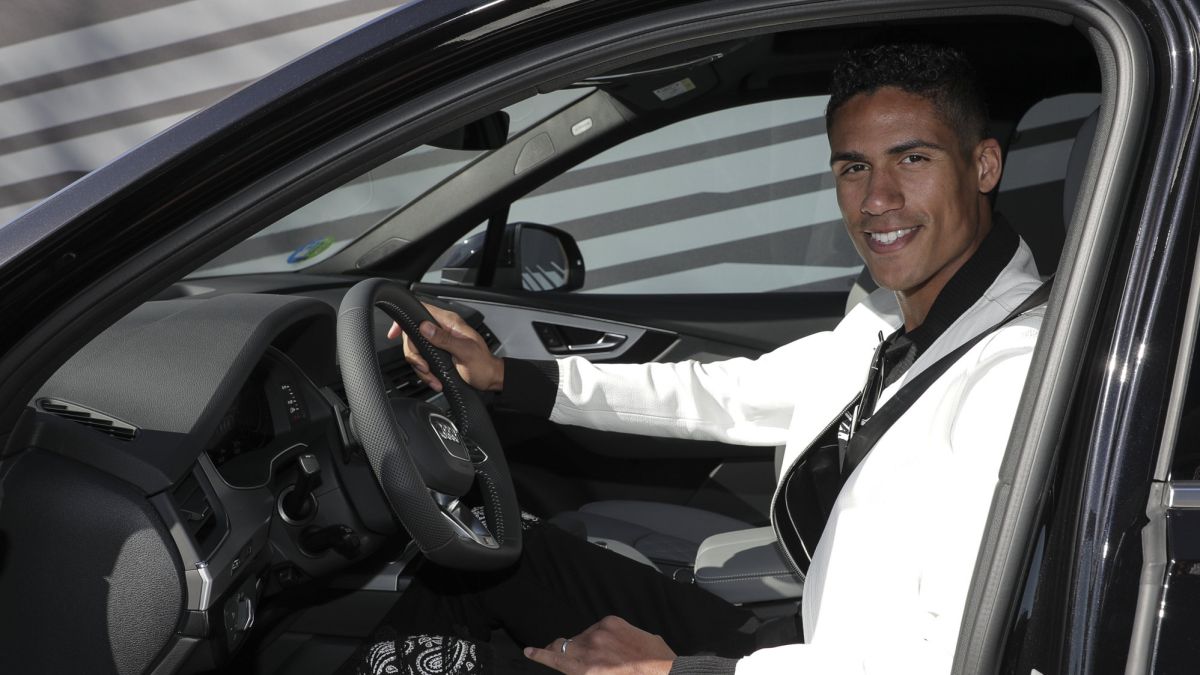