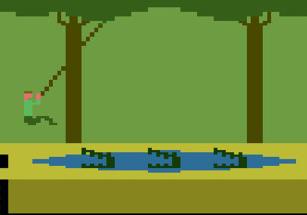 The acquisition of Activision Blizzard from Microsoft is taken for granted by many, but in reality the Redmond house may have to face several legal matters, not really very light, which could lead to wreck everything.

The first concerns the need to convince the institutions antitrust USA and world of the fact that the acquisition does not harm the competition. So Microsoft will have to deal with Activision Blizzard’s big internal problems, i.e. with the lawsuits open for the allegations of sexual harassment and discrimination brought about by female employees.

Many antitrust experts do not see big risks, because since it is a vertical agreement (the two companies do not compete directly in the same industry) and not a horizontal one (a union of companies of the same industry), regulators should have less objection. Others, such as Professor Rebecca Haw Allensworth of Vanderbilt University Law School, however, point out that the matter is more complicated, because in recent years it is being understood that having exclusive access to resources that horizontal competitors need is enormously beneficial.

In Microsoft’s case, the problem would be the merging of Activision Blizzard’s content with the Xbox console, so much so that the antitrust could block the deal or impose a limit on the extent of its exclusive content on Microsoft (read: some series such as COD could remain cross-platform).

The antitrust authority could also verify the impact of the transaction on the various markets involved, such as mobile, or even on different genres, such as shooters and sandboxes. In short, the question is not as linear as some would like, but there are critical issues that will need to be overcome, or the antitrust may decide to separate some resources from the deal or, as already written, to stop it.

On the Activision Blizzard lawsuits currently underway, the matter is equally complex, because Microsoft may be called upon to deal with them directly as soon as the acquisition is completed. It is currently unknown whether Activision Blizzard has insurance policies or indemnification arrangements to cover any expenses. So it’s another tile hanging over the head of the Redmond house.