Miami landslide: death toll rises to 12 and rescuers continue to work through debris 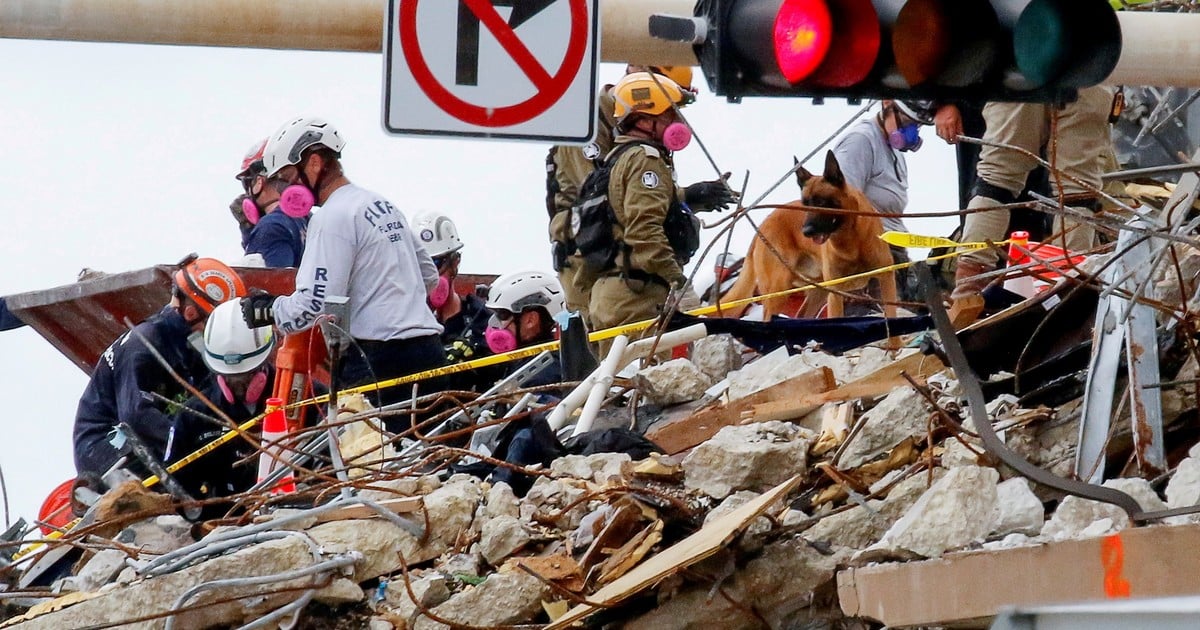 The US authorities updated the death toll from the collapse of the building in Miami to twelve people, while 149 people remain missing.

Among the missing are 9 Argentine citizens who were in the 12-story tower at the time of the collapse.

Six days after the collapse, the mayor of Miami-Dade County, Daniella Levina Cava, reported the increase in the number of victims.

Meanwhile, rescuers continue their operations in a painstaking search for survivor. Relatives await information in this regard, as indicated Miami Herald.

The building that collapsed in Miami. AP Photo.

The search and rescue team is made up of more than 200 people divided into 12-hour shifts, so the mayor of Miami-Dade ruled out the need for “additional resources.”

Authorities reported that two large cranes are being used to carefully remove the debris. Firefighters are using image and sound search technology to locate air pockets in which there may still be people alivethough hope fades as the days go by.

More than 1,300 tonnes of concrete have already been excavated, according to authorities.

The Governor of Florida, Ron DeSantis, reiterated that the situation is “very heartbreaking” and stressed the global impact of the events.

Rescuers must work to remove debris in search of survivors. Photo REUTERS

While the events are being investigated, this Tuesday it was learned that the residents of the building were alerted in April of the “progress” of the “deterioration” of the property.

Through a letter they were explained why their renewal had increased from 9 to 16 million dollars.

“The deterioration of concrete is accelerating. The roof situation got much worse, so extensive roof repairs had to be incorporated, “is part of the content of a letter published by the US media.

The letter is dated April 8 and signed by Jean Wodnicki, Chairman of the Board of the Condominium Building. The content of this text is known hours after the press published images of the basement that show lack of maintenance.

Wodnicki reports that in 2018 consulting services were hired to find out the status of the building, as established by Miami-Dade County law, which after its review confirmed the presence of “abundant cracks” and a deterioration that “would begin to multiply exponentially over the years”, already confirming a “significant deterioration” of the garage.

Joe Biden, president of the United States, expressed his support on Monday for an investigation with “federal resources” into the collapse.

“We certainly want to play whatever constructive role we can with federal resources to get to the bottom of what happened,” said a White House spokeswoman.

After explaining all the federal resources that are working on the rescue and the investigations into the reason for the collapse, the spokeswoman specified that “the objective, of course, is to get to the bottom of what happened so that it is an instructive guide on how to avoid what happens in the future. “

President Biden, and the first lady, Jill Biden, have planned to travel to Florida this Thursday to learn about the tragedy first-hand and it is possible that they will travel to the vicinity of the building.