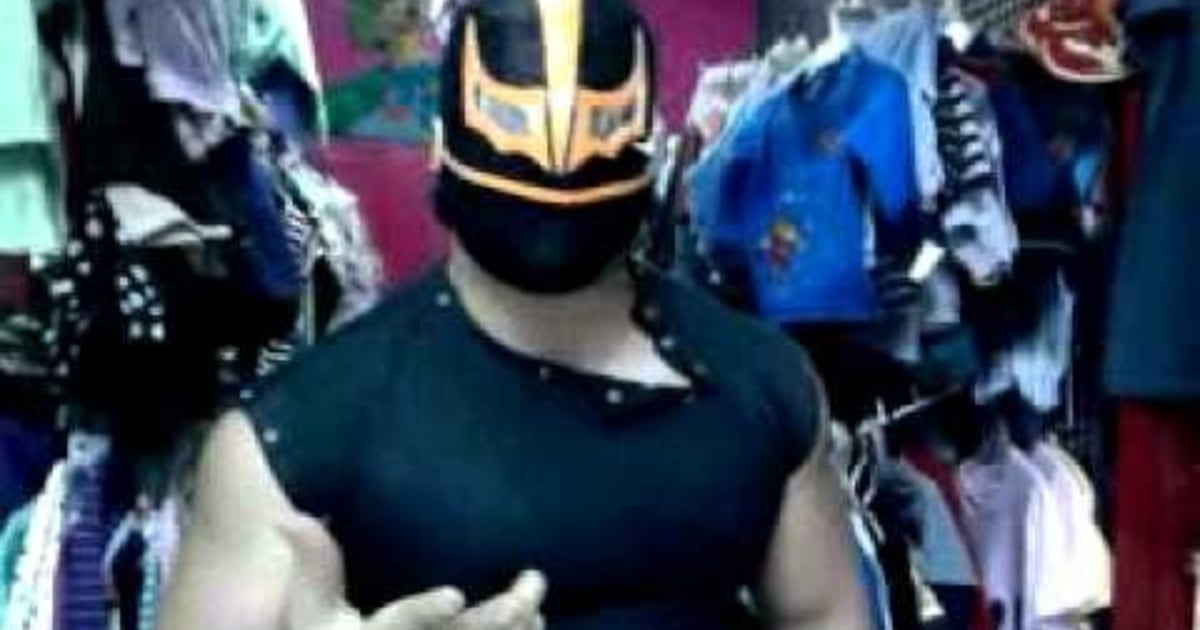 With the advent of coronavirus At the beginning of 2020, recreational sports events animated by crowds of spectators and their idols were left far behind in time. For cope with the severe economic crisis caused by Covid-19 in Mexico, some figures of the wrestling seek a viable exit through selling their masks.

The initiative is led by Euphoria and Kung Fu Jr., fully dedicated to the design and manufacture of the most recognized and colorful masks used by the country’s fighters. “I have sold more masks during the pandemic than before everything started,” acknowledges Euforia, whose precious products are distributed throughout Mexico and also exported to Japan.

Many of the clients are collectors. “I feel like they are doing it for supporting us and I thank them very much,” says the outstanding athlete and “mascarero”. In turn, Kung Fu Jr. perceives that “the situation is very difficult. We owe ourselves to the public and it is our raw material and, if it is not there, there is no magic.”

The Kung Fu Jr. fighter learned his second trade thanks to the knowledge transmitted to him by his colleague Veneno, in exchange for an inescapable condition: “he told me ‘I’m going to teach you once and you’re going to learn it.’ Then I learned it. by heart and started practicing. “

The masks made by Euforia are sold throughout Mexico and are also exported to Japan. Photo: latinodetroit.com

Little by little, the specialty acquired by Kung Fu Jr. attracted the attention of established figures of the stature of Hurricane Ramírez, Checkmate and Pentagon Zero Fear. After 28 years of experience, Kung Fu Jr. masks arrive in the United States, South America, Spain and Italy.

Euphoria considers having reached the peak of her creativity when Mystical He commissioned a mask to debut in competitions organized by the American company World Wrestling Entertainment (WWE). “It was a secret project and he trusted me. They gave him an idea, but it was only a drawing with an ‘M’, because gringos don’t know anything about masks,” Euforia recalled.

The manufacture of masks is an alternative that Mexican fighters find to face the difficult situation posed by the Covid-19 situation. In addition, many of them are forced to hasten their retirement, due to the wear and tear that the body suffers, a blow that is too strong or a bad fall.

However, Kung Fu Jr. considers that it is not easy to make the decision: “Giving up the fight is complicated because you have to fight against your own ego. There are people like Mil Máscaras, who are 80 years old and still there.”

Until the beginning of the pandemic, wrestling was a spectacle that drew crowds in Mexico. Photo: Twitter Lucha Libre CMLL

Vicentin: they investigate movements of money for 15,000 million pesos

Disney Plus premieres February 2021: series and movies that arrive via streaming