Mexico vs Nigeria, goals and summary of the friendly match 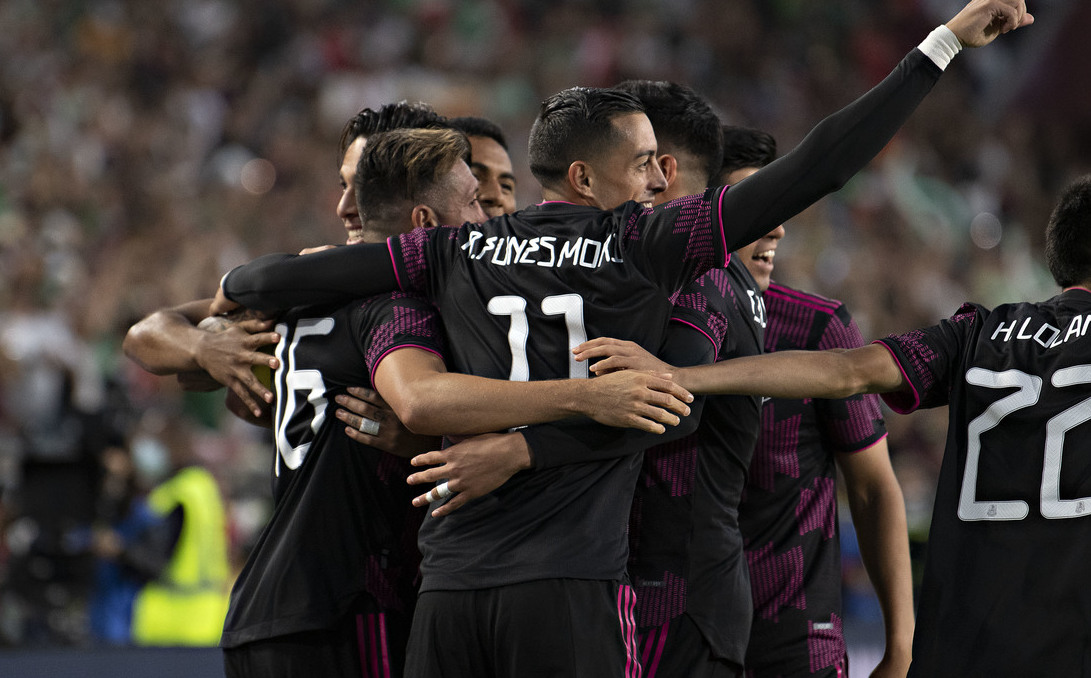 The Mexican team is declared ready to start defending your Gold Cup title. The game against Nigeria served Mexico for all the purposes it had in the script. It was a perfect script for the Aztec team, who clearly defeated a weak team 4-0 African, with a stellar presentation by Rogelio Funes Mori, who stole the camera and showed that his debut with the national team did not weigh on him.

The history of Funes Mori in the Mexican team started with the right foot, In recent days he was the man of controversy, hours of debate around him, rivers of ink spilled by his call and it took the Rayados striker four minutes to demonstrate his conditions and score his first goal with the Mexican shirt.

And it is that the game of Mexico had a brilliant start, very soon he put a rival on the ropes who lacked his great figures and demanded little from the Tricolor. Barely two minutes later, Herrera finished off a corner kick from Corona, a terrible mark for the Nigerians, and the captain of the Aztec squad sent it to the bottom.

Then came the expected moment: the stellar presentation of Rogelio Funes Mori. A long ball that was controlled (with a hand in between) by Jesús Corona, Tecate entered the area and yielded to Lozano, Chucky hit the ball badly, but ended up giving an assist to Funes Mori, who appeared in the small area and there, pure instinct, spliced ​​the ball with his left leg and beat goalkeeper Stanley Nwabili. El Mellizo has started a trajectory with the Tricolor that time will tell how it progresses.

For the duel against the Nigerians, Tata Martino returned to his traditional drawing, a 4-3-3 in which he played footballers such as Alfredo Talavera, Gilberto Sepúlveda, Erick Gutiérrez and Osvaldo Rodríguez, who had a good grade in their performance.

Mexico managed the game, controlled a team that was willing, but lacked a quality quota. The recovery of the Tricolor box was very productive, and they immediately mechanized the game to continue attacking, but at the top it lacked a bit of forcefulness. Lozano tried a couple of times from medium distance; however, the Napoli striker missed his aim.

And with regard to Funes Mori, the match did not weigh on the game, he was hooked on it, he was attentive to the balls that were looking for him, pressured the referee, finished off a cross from Lozano over the crossbar and thanked his teammates for the intention of looking for him. He made it clear that he is not a static type and that he knows how to play with his back to the goal.

For the second half, Mexico put more land in between. Again with an intervention by Funes Mori in the play of the goal; the Twin leaked for Lozano, who failed to finish off due to the timely departure of goalkeeper Nwabili, but the rejection was left to Herrera who only knocked on the door for 3-0 at minute 51.

Controlled match and the changes came, Martino retired Funes Mori at 66 ‘. A wave of applause for the attacker who has landed on the right foot, left acceptable things and just hit it off with the debate. A guy has arrived at the Tricolor who will help the cause and it will be the goals that guarantee his stay on the field.

The closing to the win was put by Jonathan dos Santos, who controlled a long pass and defined in a good way. Total party at the Memorial Coliseum in Los Angeles, in which there was no record of having heard the homophobic scream. Another victory in the stands.

Gerardo Martino’s team is ready for the Gold Cup, a tournament that is the top favorite to win the title, because it has the human resources to do so and because it is the strongest roster of the teams that will be present, for now, the duel against Nigeria left a bath of confidence.