Mexico: they identify the remains of another student who is part of the ‘Ayotzinapa case’ 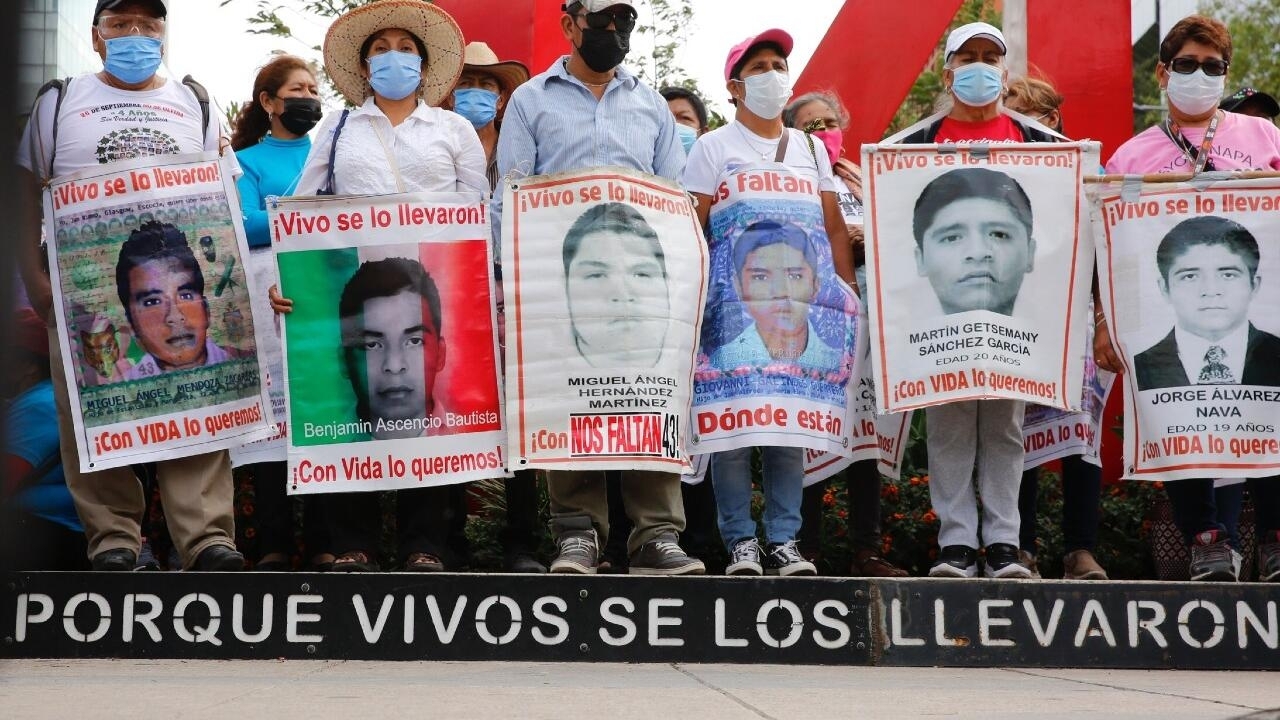 Jhosivani Guerrero’s skeletal remains were identified this Tuesday by Mexican authorities, in the so-called Carnicería ravine. With this latest finding, there are already three identified victims. However, the whereabouts of 40 students, who have been missing since 2014, are still unknown.

Although progress is not being made at the expected pace, the investigation in Mexico of the ‘Ayotzinapa case’ is once again giving results.

This Tuesday, the authorities working on this case that shocked the country in 2014, announced the discovery of the remains of Jhosivani Guerrero.

After a meeting in the National Palace with the families of the students, President Andrés Manuel López Obrador; the Undersecretary of Human Rights of the Ministry of the Interior, Alejandro Encinas; and the special prosecutor in the case, Ómar Gómez, the lawyer for the families of the 43 fatalities of this mass murder, Vidulfo Rosales, reported at a press conference that the new pieces of bone were found in the Carnicería ravine.

A team from the genetics laboratory of the University of Innsbruck, in Austria, working on the research, was in charge of identifying a vertebra in the young man.

“The remains are overwhelming, they are remains that as you know had been sent to Innsbruck and that were found in the ‘Barranca de la Carnicería’, in a search period that took place from November 2019 to date, which have been conducting searches and the product of those searches, those findings were found, ”said Rosales.

With this announcement, there are already three students identified since 2014, of which two have been under the López Obrador government who, upon coming to power in 2018, restarted the investigation of what happened. They are Alexander Mora, Christian Alfonso Rodríguez and now Jhosivani Guerrero.

A “historical truth” collapsed over time

September 26, 2020 marked the sixth anniversary of the massacre of 43 Mexican students from the Ayotzinapa Rural Normal School, who were detained by a group of police officers in the city of Iguala, in the state of Guerrero, in southern Mexico.

The version of the government of former President Enrique Peña Nieto is that the students were handed over to the Guerreros Unidos cartel, and that it was that group that murdered and incinerated the young people in the garbage dump in the neighboring municipality of Cocula. The hypothesis adds that the cartel later dumped the remains very close, in the San Juan River.

Since then, the Mexican government and authorities have managed to identify just three victims. In October 2014, the remains of Alexander Mora were found in said river. This zone is the main stage of the previous administration version.

But, the searches were stopped after the Forensic Anthropology Team of Argentina and the group of experts commissioned by the Organization of American States in Mexico concluded that the Cocula garbage dump did not have the capacity for a bonfire of such magnitude, to burn the bodies of 43 people.

In addition, the story was questioned by the victims’ next of kin and by an investigation by the Inter-American Commission on Human Rights (IACHR) and its Interdisciplinary Group of Independent Experts (GIEI), which indicated that the bodies could not be burned in that place.

Later, in September 2015, the Prosecutor’s Office announced the discovery of the remains of Jhosivani Guerrero in the San Juan River, but the young man’s parents did not accept the result because the DNA of what they found with that of the man’s mother did not match Really.

The official version of the massacre, known as the “historical truth” was collapsed in July 2020, when already under the López Obrador government the remains of Christian Alfonso Rodríguez were found in the Carnicería ravine, more than 800 meters away. from the Cocula garbage dump.

Two months later, six years after this event, the head of the federal Executive apologized to the families on behalf of the Mexican State and announced arrest warrants for several soldiers who were not linked to the massacre in Peña Nieto’s version.