Mexico: The remains of the third of the 43 students disappeared in Ayotzinapa in 2014 were identified 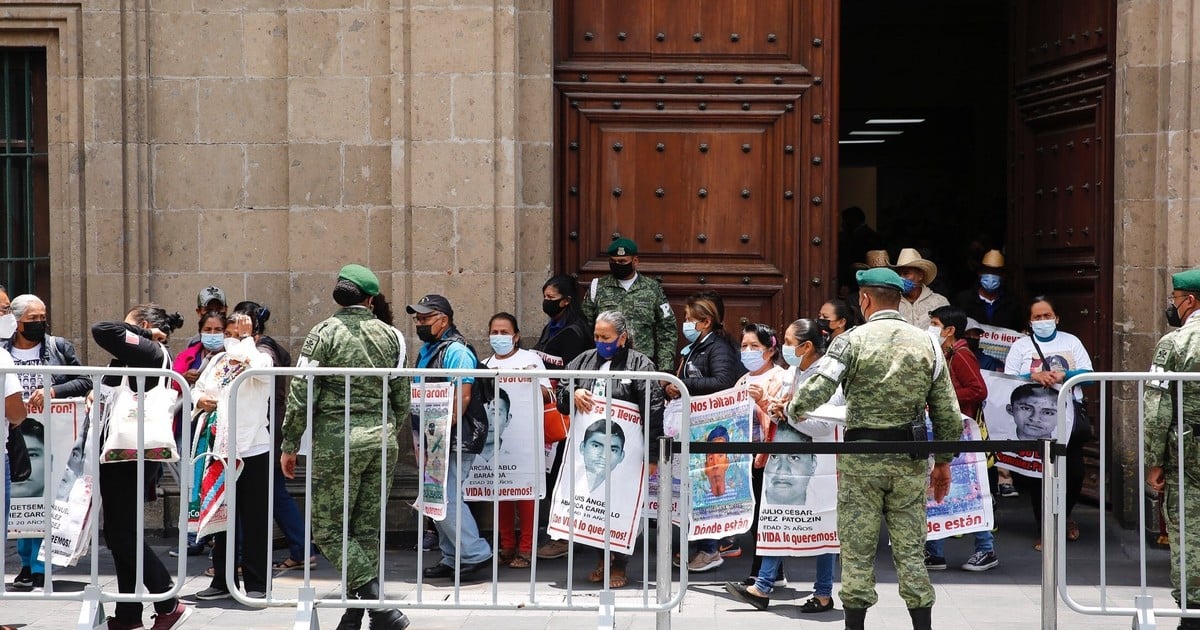 Forensics identified the remains of a third student, of the group of 43 disappeared in September 2014 in southern Mexico, the Centro Prodh, the human rights organization representing family members, reported on Tuesday.

Is about Jhosivani warrior, whose remains were identified by the Austrian University of Innsbruck, a source from the Prodh Center told AFP.

For this, the Attorney General’s Office of Mexico has sent to that institution bone fragments Found in the municipality of Cocula (Guerrero state, south).

During the government of President Enrique Peña Nieto (2012-2018), the Prosecutor’s Office said that he had clues for identification scored by Jhosivani Guerrero when we have the information.

The Ayotzinapa case took a new turn after the current president, Andrés Manuel López Obrador, and the Prosecutor’s Office discard the so-called “historical truth”, with which it was intended to close the case and according to which the disappearance was the exclusive work of drug traffickers.

According to the version of the previous government, the remains of the 43 students were thrown into a ravine known as La Carnicería, 800 meters from the Cocula River, after being burned in a garbage dump.

Prosecutor Omar Gómez Trejo, from the Attorney General’s Office, explained Tuesday in a message to the media that the vertebra “does not present any thermal alteration, that is, a high exposure to fire”‘and that it was found in a different place than where, according to the previous administration, the students were cremated. In addition, he regretted that the previous prosecutor’s office gave Guerrero de la Cruz identified in 2015 without having scientific data for it.

On September 26, 2014, police from the city of Iguala, in the southern state of Guerrero, they captured the students with the participation of other security corporations and criminals. The government of Enrique Peña Nieto (2012-2018) assured that the young people were handed over to organized crime, which murdered them, incinerated the 43 bodies in a garbage dump in a neighboring municipality -Cocula- and dumped the remains into a nearby river.

However, this version, qualified then as “the historical truth”, was discarded because although in December 2014 the first student, Alexander Mora, was identified through a bone found in a bag that was found next to the river, the current prosecutor’s office confirmed that this finding was “a hoax.”

Another piece of evidence that debunked the “historical truth” was that the bone by which the second student, Christian Alfonso Rodríguez Telumbre, was identified in mid-2020, was located in a different place from the Cocula garbage dump, called “La Carnicería”, which is where the Guerrero de la Cruz vertebra was also found.

The prosecutor Gómez Trejo added that in these last analyzes the identification of Rodríguez Telumbre with a remainder of his Achilles heel was also confirmed. found in the same place.

For Francisco Cox, an independent expert from the Inter-American Commission on Human Rights who accompanies the investigations, the new data only confirms that the previous official version “an attempt was made to force”.

Another detail in this regard is that the former attorney general of the Republic, Areli Gómez, identified Guerrero de la Cruz in September 2015 through a remainder located in the bag that was found next to the river, although the forensic experts who accompanying the families stressed that the test that was done at that time I didn’t have enough scientific certainty.

Therefore, it was recommended to the prosecution that not take for identified Guerrero de la Cruz, Gómez Trejo recalled Tuesday, and “even so the authorities of the Attorney General’s Office at that time decided to go out and publicize a result that was doubtful.”

Since Andrés Manuel López Obrador came to power in December 2018, the investigations have been relaunched. A Truth Commission was created, Further searches were carried out and key proceedings were initiated against two officials: the head of the federal ministerial police for torture and a detective for falsifying documents.

One of the most symbolic advances was the arrest warrant for the alleged material and intellectual authors of the events, including federal and military police, two forces that had hitherto been untouchable.

Some of these people are still at large, like Tomás Zerón, former chief investigator of the case during the Peña Nieto administration, considered the primarily responsible for the cover-up of disappearances.

The Mexican prosecutor’s office has issued several arrest warrants against Zero, whom he places in Israel.