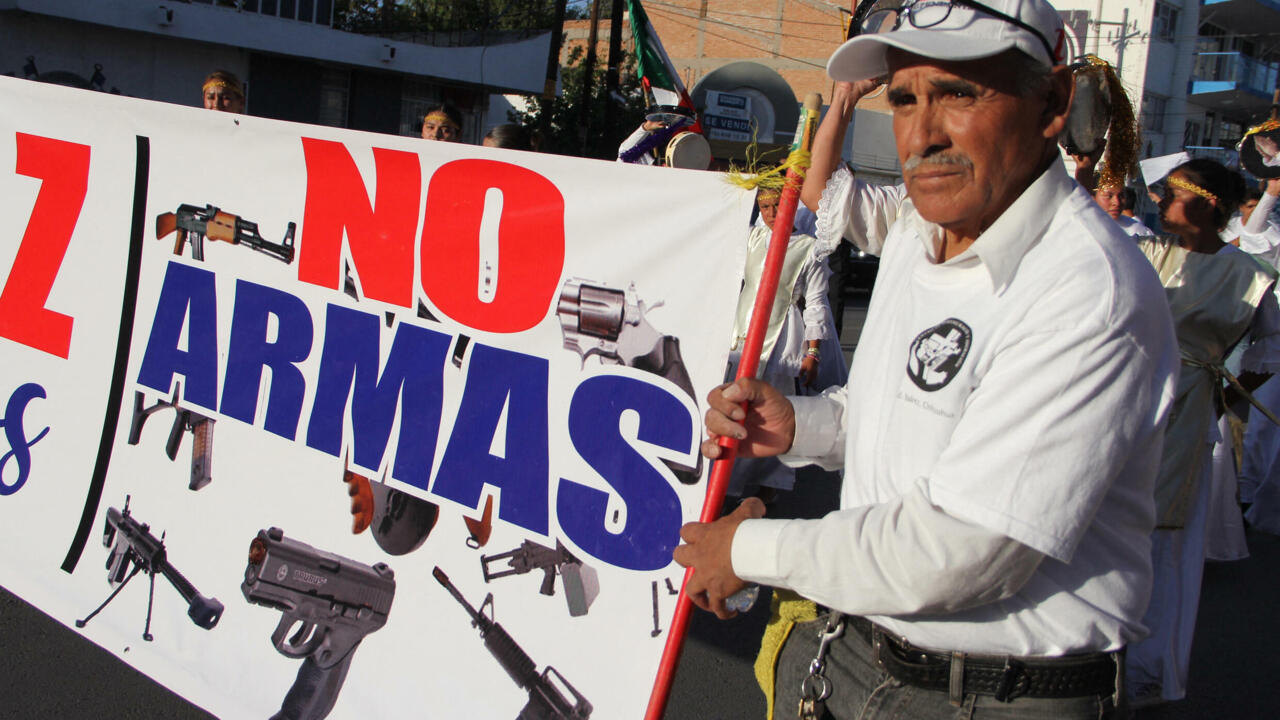 The government of Andrés Manuel López Obrador wants US arms companies to compensate Mexico for having “negligent” practices that facilitate arms trafficking between the two countries and for fueling drug violence. The country celebrates two consecutive years with the highest homicide rate in its history.

Mexico is looking for those responsible for the violence in their country. The Government of Andrés Manuel López Obrador announced a historic lawsuit against 11 companies that manufacture and sell arms in the United States for negligence in facilitating their trafficking between the two countries.

The Mexican Foreign Minister, Marcelo Ebrard, explained that the Executive’s objective is for the companies to “compensate the Government of Mexico for the damages caused by their negligent practices.”

The lawsuit, filed in the courts of Boston, Massachusetts, on the east coast of the United States, affects some of the most renowned arms companies such as Smith & Wesson, Colt, Barrett Firearms and Ruger & Co, among others.

According to data from the Mexican Ministry of Foreign Affairs, each year more than half a million weapons enter the United States illegally, causing 17,000 homicides annually.

Guns made “for drug trafficking” from the United States

“The drug trafficking uses them, they are made for that; for them to buy them, they are more valuable, they have different types of arrangements from the aesthetic and use point of view,” Ebrard harshly denounced the weapons that arrive in Mexico.

The basis of the complaint is that the arms companies encourage this illicit use of weapons through their marketing, or at least do nothing to prevent it. Ebrard went on to say that the companies come to “develop different models” of pistols specifically “for the narco.”

We file a lawsuit against manufacturers and sellers of weapons used to cut lives in Mexico. We seek repair of the damage and that they abandon their negligence and irresponsibility. It will be resolved in the courts of Boston, USA. pic.twitter.com/i1OLojgUAl


In fact, the lawsuit cites that Mexican authorities have detected the use of .38-caliber Colts that arrived in the country from the United States illegally and that bore the image of the revolutionary Emiliano Zapata, a status symbol among Mexican cartels.

A legal precedent that pushed the López Obrador government to take this step is the offer made by the Remington Arms Co company to relatives of the victims of the Sandy Hook school shooting in 2021: to pay almost 33 million dollars in order to settle allegations that its marketing contributed to the deaths of 26 people.

In fact, Mexico filed the lawsuit precisely one day after Ebrard’s visit to El Paso, where 23 people were murdered two years ago, including nine Mexican victims.

This was one of the shootings motivated by racism that once again intensified the debate around the use of weapons in the United States and the hate speech fueled by former President Donald Trump.

This lawsuit is one of the most explicit pressure movements undertaken by the Mexican government against the use of weapons in the United States that President Joe Biden has promised to regulate without concrete facts yet. He is championed by none other than Ebrard, who is drawn as one of the main contenders in the next Mexican presidential elections.

Mexico recorded its two most violent years in history, precisely under the first two years of the López Obrador government. In both 2019 and 2020, more than 34,500 people were killed by murder.

That means that the homicide rate is 29 per 100,000 inhabitants, an indicator that has not decreased since 2018 and that is the highest rate since it has been registered in the country.