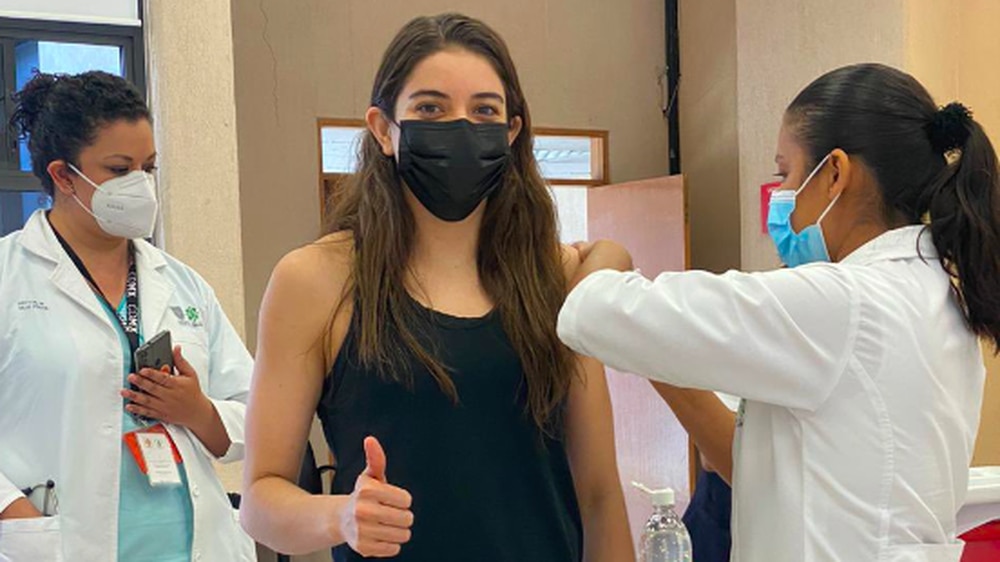 Mexican athletes will be armored against covid-19 in the final stretch to Tokyo. This Thursday began the vaccination of athletes and coaches seeking a place in the Olympic Games. The diving team was the first to be vaccinated at the National High Performance Center (CNAR) since in April they must compete in the World Cup. Representatives of the taekwondo team were also vaccinated.

According to the National Commission for Physical Culture and Sports (Conade), the athletes were vaccinated, in an auditorium, with the doses of Sputnik V and it has not yet been determined when the second dose will be applied. The sports authority did not specify how many athletes received the dose either.

“Receiving the vaccine not only allows us to take care of ourselves but also to prevent us from infecting our own by going out to represent Mexico in international competitions,” wrote diver Alejandra Orozco on her Twitter account. The silver medalist in London 2012 shared the images of the vaccination in the sports facilities of Mexico.

The National High Performance Center, in Mexico City, was closed for 11 months due to the pandemic. At the end of February they reopened the venue to create a bubble in which athletes focus on their physical preparation for the Olympics. In the place the representatives of diving, taekwondo, parataekwondo, boxing and artistic gymnastics train.

We already have the first vaccine against the SARS-COV2 virus.
We keep calm during the day to ensure that we do not have any signs or symptoms after vaccination and tomorrow we continue with our preparation. 👊🏽🆙💪🏽 💦

In mid-February, the president of Mexico, Andrés Manuel López Obrador, assured that Mexican athletes were considered among the priority groups to receive the SARS-CoV-2 vaccine. The president of the Mexican Olympic Committee, Carlos Padilla, had reported that he made a request to the Mexican Foreign Minister, Marcelo Ebrard, to have 1,000 vaccines for the Mexican delegation that will travel to Tokyo: 500 for the Olympic team and 500 for the Paralympic group.

“We already have the first vaccine against the SARS-CoV-2 virus. We keep calm during the day to ensure that we do not have any signs or symptoms after vaccination and tomorrow we continue with our preparation, ”wrote Jahir Ocampo, one of the best divers in the country. María del Rosario Espinoza, the great taekwondo champion and Olympic multi-medalist, was also vaccinated this day. The taekwondo team has yet to define whether Espinoza will be Mexico’s representative in Tokyo or Briseida Acosta. Both will have to face each other in May to define the ticket.

In Mexico, 4,737,622 doses of covid-19 vaccines have been applied, according to the latest data from the Ministry of Health.

The queen of bets earns 550 million in a year: 1.5 times what all the advisers of the Spanish listed companies