Mexico ships 400,000 AstraZeneca vaccines to Latin America and the Caribbean 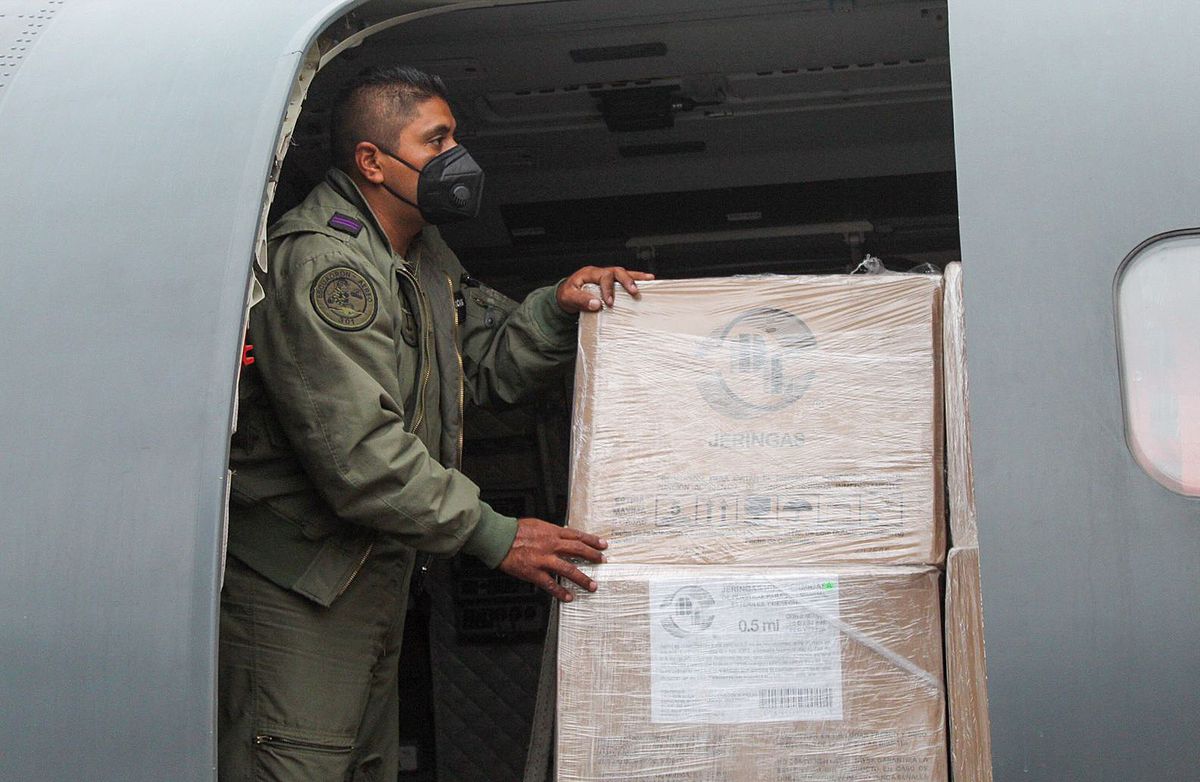 The Government of Mexico has begun shipping more than 400,000 covid-19 vaccines from AstraZeneca to Latin America and the Caribbean. Belize, Bolivia and Paraguay will be the first countries to receive these doses that have been packaged in Mexican laboratories. “It begins today, with the support of the Mexican Air Force, the shipment of AstraZeneca vaccines provided by Mexico, as president of CELAC, to Latin American and Caribbean countries”, Foreign Minister Marcelo Ebrard announced through his account of Twitter Thousands of doses will also be sent to Guatemala, Honduras and El Salvador in the coming days.

Martha Delgado, Undersecretary for Multilateral Affairs and Human Rights of Foreign Relations has detailed that Bolivia and Paraguay will receive 150,000 vaccines each and Belize will receive 100,000 doses. “We are convinced that intra-regional solidarity must prevail in times of great crisis. After conducting an exhaustive consultation with the countries of the region to identify their immediate needs, we hope to be able to prepare more shipments for other countries in the near future, ”said the official.

The Ministry of Foreign Relations reported in writing that the doses were packed at temperatures between 2 and 8 degrees and will be transported in planes of the Mexican Air Force to Belize, where they will be delivered by the Undersecretary for Latin America and the Caribbean, Maximiliano Reyes, in the company of the general director for Latin America and the Caribbean, Martín Borrego.

Another flight will take off to La Paz, Bolivia, where Undersecretary Martha Delgado will make the corresponding delivery to the Bolivian authorities on Sunday afternoon and, finally, Efraín Guadarrama, CELAC coordinator, will deliver the doses in Asunción, Paraguay. , the night of Sunday 14, this together with Birmex staff. Through his Twitter account, the President of Paraguay, Mario Abdo, thanked the Mexican Government for its cooperation.

As part of the collaboration project between Mexico and Argentina for the distribution of vaccines this Saturday, 800,000 doses of AstraZeneca will also be sent to the city of Buenos Aires. Last May and with a three-month delay, the shipment of AstraZeneca vaccines began between Mexico and Argentina. The start of the binational plan began with the distribution of 1.6 million doses produced in the South American country and packaged in Mexico. The initiative began to take shape in August 2020 thanks to an agreement, supported by the Carlos Slim Foundation, for the distribution of the Oxford-AstraZeneca remedy in Latin America. The goal is to reach 250 million doses, the active ingredient of which is manufactured in Argentina by the biotechnology company mAbxience, owned by businessman Hugo Sigman, and is packaged in a plant at the Liomont laboratories in Mexico.

The two countries had planned that these vaccines would begin to be distributed in the region last March, although finally, like immunization campaigns throughout the region, the plan was delayed. The López Obrador Executive, with a provisional seat on the United Nations Security Council, led a protest at the UN at the beginning of the year over the seizure of drugs by the most developed countries.