Mexico: referendum on the past of former presidents will not be binding 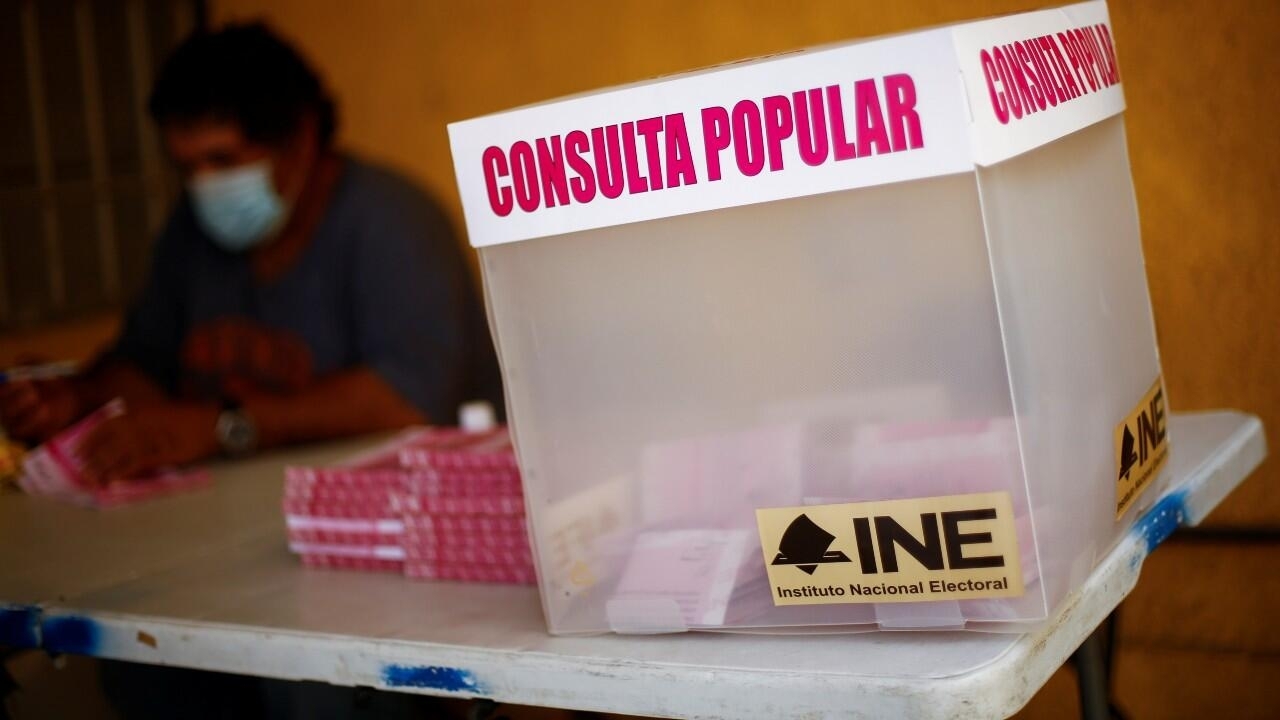 Due to low participation, the referendum to review the past of the former presidents will not be binding. Mexican President Andrés Manuel López Obrador assured that the 7% participation in the referendum promoted by his Executive was not a “failure.” The ‘Yes’ to investigate the Governments of the previous presidents obtained more than 97% of the votes.

The controversial popular consultation promoted by Mexican President Andrés Manuel López Obrador failed to cross the minimum participation threshold to have a binding result. A meager 7.07% of the Mexicans summoned to vote went to the polls, while a 40% turnout is required to turn the result into facts.

This means that 6.6 million citizens participated out of the total of 93 million called.

The referendum, which sought to know the opinion of Mexicans on prosecuting former presidents of the country for corruption, electoral fraud and the war against drug trafficking, among others, did not have clear consequences if the result had been binding.

The practically definitive data from the National Institute of Statistics (INE) of the country conclude that, with almost 100% of the records scrutinized, the ‘Yes’ overwhelmingly won the ‘no’, with 97.72% of the votes compared to 1.54%. The invalid votes were 0.73% of the total.

López Obrador assures that the low participation is not “a failure”

In his traditional morning press conference, this Monday, August 2, López Obrador defended the consultation and rejected that it had been “a failure.” “When is democracy going to fail? Never,” said the president.

“That is why it is now a triumph that 6.6 million citizens have participated yesterday, regardless of what they decided to vote for, even with all the confusion about the question,” added the Mexican leader.

And, initially, the president wanted to ask if the country’s former presidents since 1988 (Carlos Salinas de Gortari, Ernesto Zedillo, Vicente Fox, Felipe Calderón and Enrique Peña Nieto) should be prosecuted. However, the Supreme Court modified the question to maintain the presumption of innocence, leaving it on whether the Mexicans wanted to “undertake a process of clarification of the political decisions taken in past years.”

López Obrador mainly blamed the INE for the low participation, in line with the criticism against the same body of his party, Morena. According to the ruling party, the INE “had no enthusiasm for this consultation” and did not have all the tools in its power for Mexicans to go to vote.

The consequences of the vote are uncertain

Even if the result had been binding, the consequences of the consultation were clearly unknown. Now, the unknown is even greater.

López Obrador defended that the authorities have “the right to act when it comes to judicial matters as long as there is evidence,” without this statement clarifying whether his government will undertake any measure to prosecute the former presidents.

A great day for our democracy, #WonTheYes and a new stage against impunity begins in our country where the victims will be at the center.

The people’s cry for justice greatly exceeded NO.

May your voice never be forgotten! pic.twitter.com/t6jbpAQrCf


For his part, Morena had already promised that, if he won the ‘Yes’ and regardless of participation, he would open a Truth Commission to investigate past governments.

“A new stage against impunity begins in our country where the victims will be at the center,” the party celebrated.