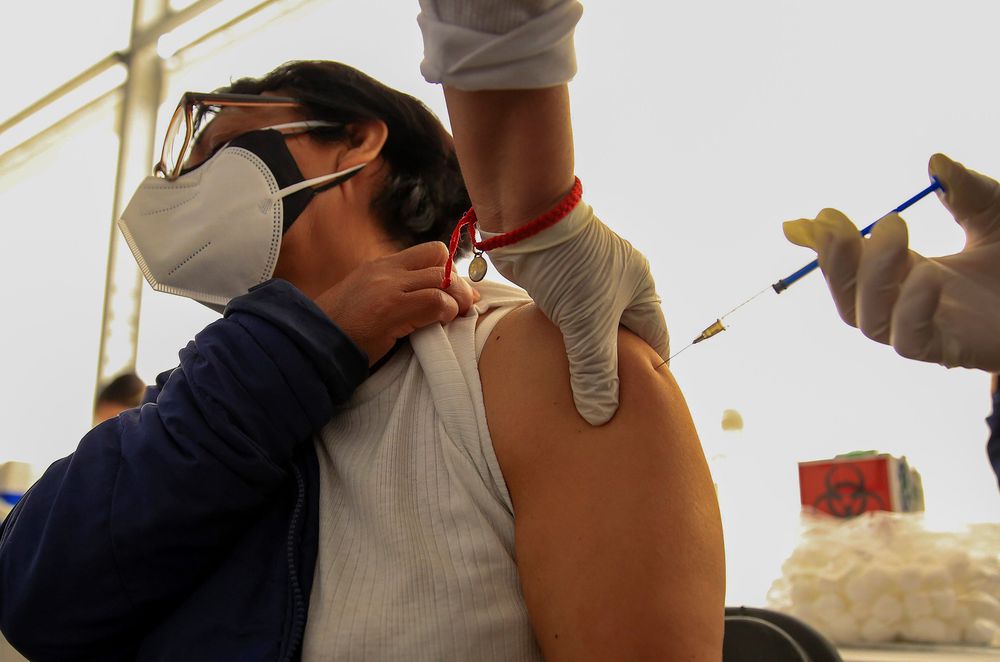 Several European countries have stopped vaccination with AstraZeneca doses after detecting several cases of thrombosis. The president of Mexico, Andrés Manuel López Obrador, however, assured this Monday morning that the national vaccination strategy with this company continues. “They are not considered risks in their application,” the president said in his press conference, held a few hours before Spain joined Germany and France in pausing immunizations with these vials. Mexico has a total of 870,000 doses of AstraZeneca, the third largest reserve behind those of Pzifer and Sinovac. The pharmaceuticals vaccine is being produced and packaged in Mexico, and it forms a crucial gear in the strategy to combat the coronavirus crisis throughout Latin America. The chances of completing Mexico’s vaccination plan at a good pace decreases week by week.

Austria was the first to detect severe cases of blood clots after the application of AstraZeneca. Given this first warning sign, Latvia, Estonia, Lithuania, Luxembourg and Italy agreed to stop vaccination with these vials until the European Medicines Agency (EMA, for its acronym in English) clarifies whether or not the drug has adverse effects. One person died 10 days after receiving the vaccine and another was admitted to the hospital with a pulmonary embolism, also after being injected with the AstraZeneca immunization. Days later, Denmark, Norway, Iceland and Ireland suspended the administration of the drug after detecting more cases of blood clots in beneficiaries of the drug. This Monday, Spain, Germany, France, Italy and the Netherlands have joined the list. In total, about thirty people have had problems among the five million doses applied in Europe.

Mexico waits for the World Health Organization (WHO) to rule on the matter before canceling one of its main bets to stop the pandemic. At the beginning of the year, the Mexican sanitary regulator, the Federal Commission for the Protection against Sanitary Risks (Cofepris) granted AstraZeneza the second emergency use permit in the country. In collaboration with laboratories in Argentina, Mexico assumed part of the production and packaging with the aim of manufacturing up to 250 million doses for Latin America. The drug was a great option for López Obrador, since its price is much lower and it does not need the 70 degrees below zero to stay that Pfizer’s requires.

President López Obrador, who assured a few weeks ago that the 25 million older adults in Mexico would have been vaccinated by the end of March, has been cautious about the rejection of AstraZeneca by European countries. “There is already an investigation on the part of our doctors, the specialists and fortunately the vaccine is being validated”, he assured before deciding that, for the moment, risks in its application are not considered. “It is already known that these possible clots that could be created with the vaccine do not mean risk or danger,” the president insisted before adding that Mexico would comply with the WHO recommendations on this drug.

This Monday, Soumya Swaminathan, WHO chief scientist, explained that there is no evidence to cancel the application of AstraZeneca. “Unfortunately, people die of thrombosis every day, the key is if that has any link with the vaccine,” he detailed. So far, the WHO has not found a relationship between the vaccine and the cases of thrombosis detected. “In fact, the rates of thrombosis among those vaccinated are even lower than in the general population,” Swaminathan added, but acknowledged that no drug is completely safe. “We must take into account the benefits of vaccinating the population against a disease that we know is killing millions of people around the world,” he said.

The vaccine had already generated mistrust from the moment of its approval. The main reason was that in clinical trials there was not enough of a sample of people over 65 to demonstrate its effectiveness and the bulk of participants who demonstrated its safety and efficacy were under 55. Despite this, the UK began to apply it and showed that the immune response in adults older than this age was good. Other countries such as Spain or Belgium decided to incorporate it into their immunization plan but lowering the age of the subjects to be vaccinated to 55 years. The WHO then warned that given the shortage of vaccines that is holding back immunization at the international level, ruling out drug options without solid evidence about their contradictions is not convenient.

Chubut: The internal between La Cámpora and the PJ behind the stones against Alberto Fernández

“They didn’t have a coach inside”

Increase below expectations for Chinese exports and imports jumping