Mexico: collapse of the metro in the capital leaves at least 23 people dead 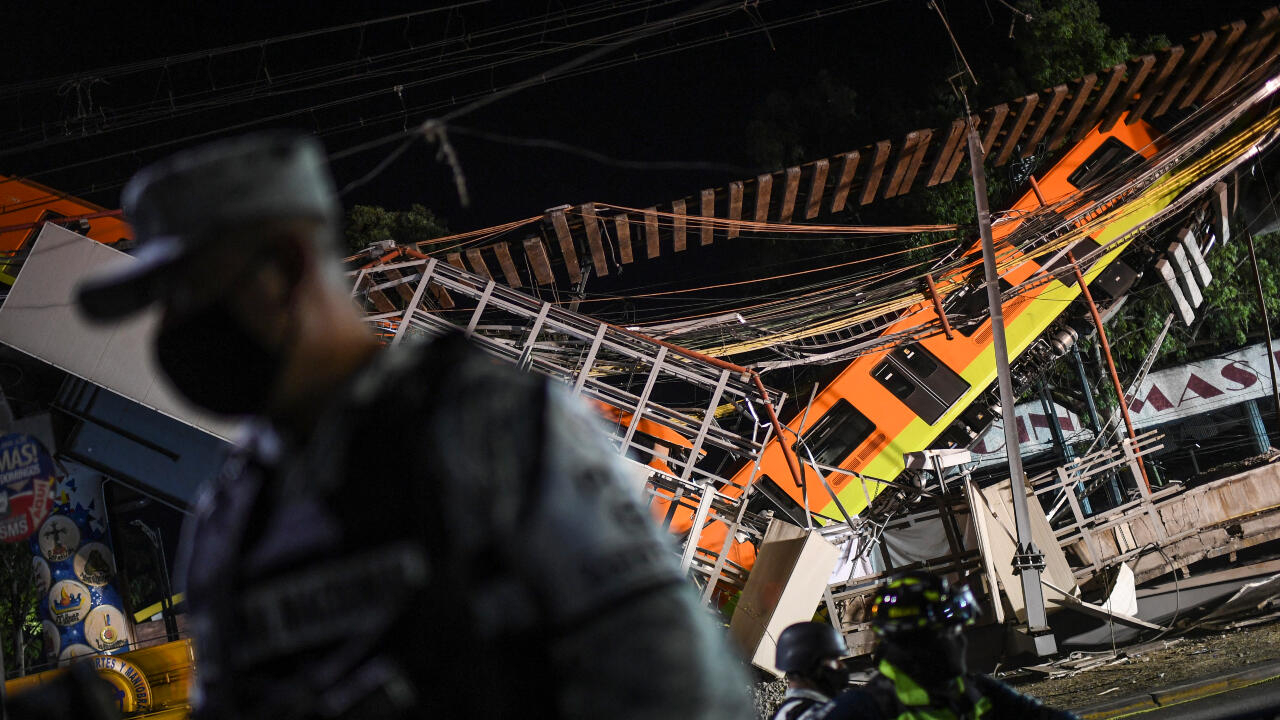 At least 23 people died and another 65 were injured when an overpass on subway line 12 collapsed. Two of the wagons fell onto a busy road, crushing vehicles. The head of Government of the capital, Claudia Sheinbaum, announced investigations.

A major accident occurred on the night of Monday, May 3 in Mexico City, leaving at least 23 people and dozens of seriously injured, many of them hospitalized.

The structure on which a train of the metro line 12 of the Mexican capital was circulating collapsed and two of the wagons collapsed on an avenue full of vehicles shortly after 10 at night, local time.

A video broadcast by the local channel, Milenio TV, showed how the structure collapsed, raising clouds of dust.

“Unfortunately what happened was the expiration of a beam when a convoy passed, all the investigations will be carried out to find out the causes that caused this accident,” said the head of government of the capital, Claudia Sheinbaum, in a conference of press at the scene of the accident. Sheinbaum confirmed that there are minors among the victims.

Shortly after the start of the rescue operations, the authorities had to interrupt them, highlighting the fragility of the situation and the risk that more parts of the train would fall onto the road.

A crane works to stabilize the train cars so the search for survivors can resume.

#Important in case of having a relative or acquaintance with whom you have not been able to make contact due to the accident on line 12 of the @MetroCDMX , call to @locatel_mx to 55 5658 11111


Several medical teams are on the scene trying to help the victims and lists of people transferred to hospitals nearby were established by the authorities.

The Secretary of Government, José Alfonso Suárez del Real, explained that the wounded were being transferred to the hospitals of the municipalities of Tlahuac and Iztapalapa, in the west of the capital.

Metro line 12 that passes through the overpass that collapsed was built almost a decade ago, when the now Secretary of Foreign Affairs, Marcelo Ebrard, was mayor of Mexico City.

What happened today in the Metro is a terrible tragedy. My solidarity with the victims and their families. Of course, causes must be investigated and responsibilities defined. I reiterate myself at the entire disposal of the authorities to contribute in whatever is necessary.


“What happened today with the Metro is a terrible tragedy. My solidarity with the victims and their families,” Ebrard said on Twitter. “Of course, you have to investigate the causes and define responsibilities.”

Several citizen organizations have criticized the precariousness of the network and the lack of maintenance. Neighbors in the area reiterated on social networks their complaints about the poor condition of the structure after the earthquake that shook the city in September 2017.

On January 9, a fire broke out in the subway control center, leaving one dead and at least 30 workers intoxicated, as well as six lines without service.

The Mexico City metro transports about 6 million people on a daily basis, making it one of the busiest in the world.

Television is no longer free in hospitals in the Region of Murcia, except for Covid patients