Mexico braces for new immigrant crisis on US border 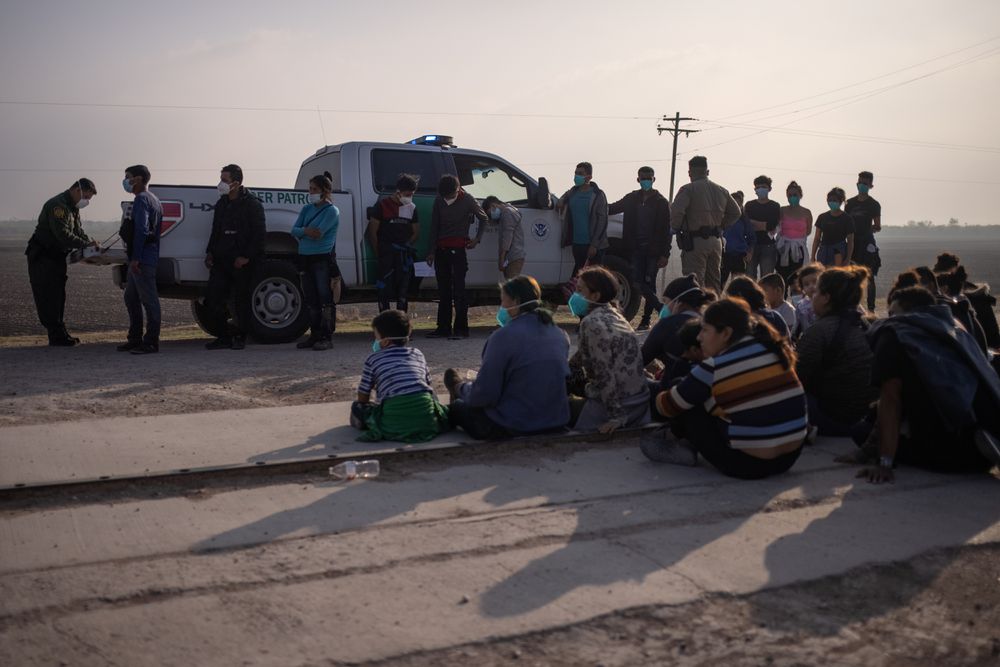 Mexico is bracing for a new migration crisis at the border with the United States, as word of the softening of policy under the administration of Joe Biden trickles down to communities who have waited out the pandemic for this moment.

The number of people caught while trying to cross the US-Mexico border exceeded 100,000 last month, according to the US authorities, and is on track to hit a 20-year high.

While the United States is using public health legislation to turn away most arrivals, citing the Covid-19 pandemic, unaccompanied teens and children are now able to enter and begin claims for residency or asylum, in a break with the Trump administration.

The Mexican government is confronting this upsurge in an electoral year, and after converting the country into a hard stopping point for those fleeing violence and poverty in Central America under Trump. Although the border is officially still closed, in the last three weeks a steady flow of unaccompanied children and Mexicans leaving their own country have tried to slip through, and have been met with spot checks, arrests and deportations.

For Alberto Hernández, president of the Colegio de la Frontera (Border College), the problem is twofold: Central Americans who see Biden as their savior, and a newer group of Mexicans who are leaving for financial reasons related to the pandemic. “There was a very large decrease in Mexican migration in recent decades, and this is now being reversed,” he said.

The influx of Central American migrants into Mexico in 2019 marked the first year in power of President Andrés Manuel López Obrador, and only abated due to the pandemic. The effect of Covid-19 reduced asylum requests to Mexico itself by 42% compared with the previous year, according to Mexico’s Refugee Aid Commission.

But Biden’s ascension to the US presidency has coincided with a markedly different tone towards immigration, and the appointment of Secretary of Homeland Security Alejandro N. Mayorkas, who arrived in the United States as a Cuban refugee. His empathetic rhetoric has filtered through to thousands of Central Americans returning to the Mexican-US border with renewed hopes of crossing, and more still preparing to make the journey.

The Biden administration began to allow a group of 25,000 asylum seekers into the country with the aim of halting Trump’s cruelest practices in February. Beyond that group, only a few more have been able to enter and in March so far, the daily average of arrests now sits around 4,000, setting a pace that could result in a higher monthly total.

They think that with Biden [crossing] the border is much easier, and they have the false idea that with children or families that will also make it easier

Authorities in both countries have insisted that the doors remain closed to all those who do not have US residency or citizenship. “We are expelling most single adults and families. We are not expelling unaccompanied children, ”said Mayorkas on Tuesday. “Poverty, high levels of violence, and corruption in Mexico and the Northern Triangle countries have propelled migration to our southwest border for years. The adverse conditions have continued to deteriorate, ”he added, referring to two hurricanes that hit Honduras.

In Mexico, concern over a new wave of arrivals is palpable in the government, which has insisted in recent days in statements published by its embassies in Central America that irregular arrivals will not be permitted through its southern border.

Alarm is also ringing through Mexico’s migrant shelters, where arrivals are also spiking. Dozens of activists held an online summit last weekend to decide how to deal with the situation. “The message for migrants is: don’t move,” warned Juan Antonio Sierra Vargas, in charge of the “Casa del Migrante” (Migrant House) in Matamoros, a town in the border state of Tamaulipas. “Unfortunately people don’t pay attention… they have no reason to come because there is no way for them to cross over [into the United States], ”I added.

The activist Alberto Xicotencatl estimated an increased flow of 50% in the last few weeks to a shelter in Saltillo, Coahuila State. They think that with Biden [crossing] the border is much easier, and they have the false idea that with children or families that will also make it easier, ”said Xicotencatl. The Covid-19 pandemic has worsened the situation in the shelters because fewer people can stay due to social distancing and hygiene measures. Xicotencatl also complained about a lack of support from the Mexican government, which this year cut support for migrant associations from the budget.

The Mexican authorities have intensified their own controls. The National Migration Institute (INM in its Spanish acronym) detained some 1,200 people traveling by train through the south and center of the country between January 25 and February 16 alone. Another 800 were detained in the same regions traveling by bus or on trucks, the INM told Reuters. In-country arrests of this kind have become common practice, a former INM chief told the agency.

Hernández, the migration analyst, notes that Mexico continues to deport more migrants than the United States. “This year our country is going to continue this posture of containment,” he added. Meanwhile, the country faces legislative elections that have every politician on the alert for potential leverage. “It’s a complicated situation for the government: if it exerts too much pressure, it can work against it at the polls, but if it relaxes too much, that could also backfire.”

How to improve mental health after the coronavirus pandemic

The shots of a woman in the Wild West