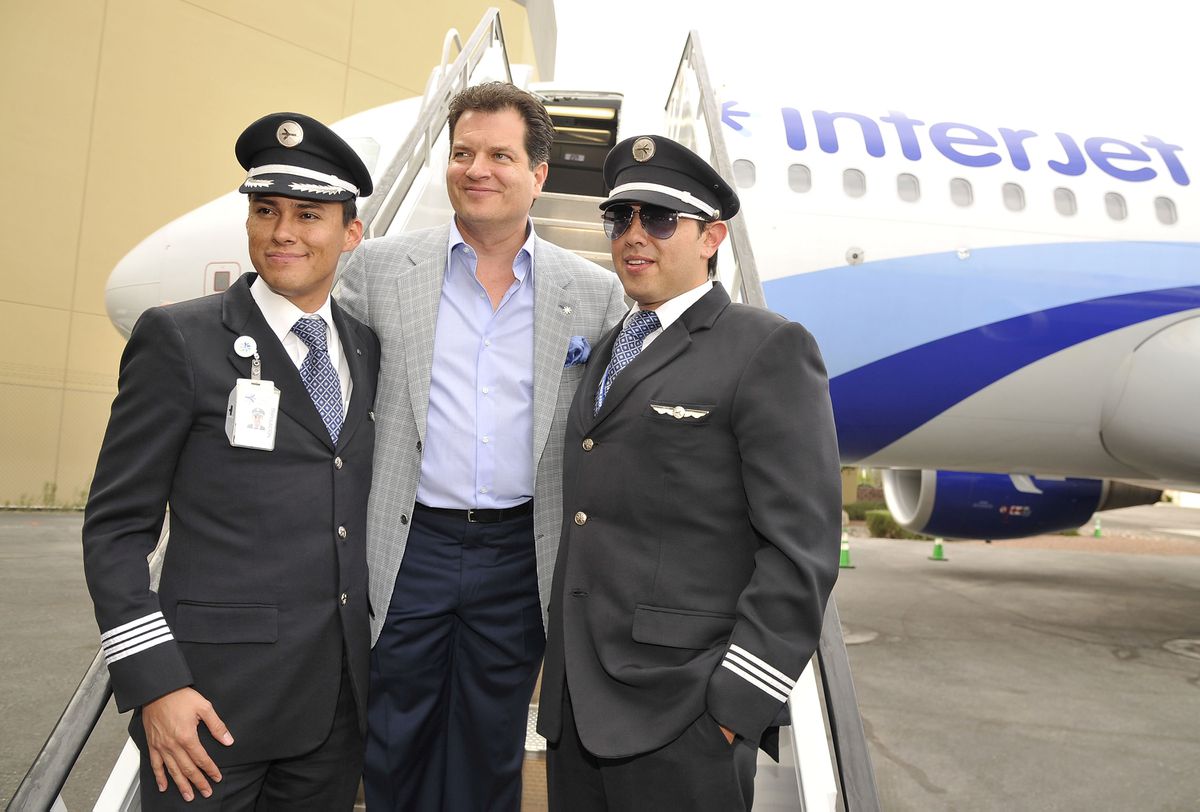 A judge has ordered the arrest of Mexican businessman Miguel Alemán Magnani, accused of tax fraud for more than 66 million pesos (more than 3 million dollars) through the Interjet airline, confirmed authorities of the Federal Judicial Power. The Attorney General’s Office requested the arrest warrant after a complaint filed by the Ministry of Finance for the debt of that amount to the Tax Administration Service (SAT). In the next few hours, it is expected that the federal authorities will request that Interpol issue the red card for the search and location of the former president of the Interjet airline. His whereabouts are unknown, although some information suggests that he is a fugitive in the United States.

The accusation that gave rise to the arrest warrant responds to a complaint from the Federal Prosecutor’s Office, which establishes that the businessman, as an Interjet director, omitted the payment of the Income Tax (ISR) corresponding to December 2018. According to the newspaper ReformIn this complaint, the tax authority also denounced Miguel Alemán Velasco, former governor of Veracruz, for the same events, however, federal authorities indicated that the Federal Public Ministry did not request his capture.

In August 2020 Alemán Magnani added another scandal by trying, together with businessman Carlos Cabal Peniche, to take control of Radiopolis by force. Grupo PRISA, which owns 50% of the shares, denounced that they were seeking to retain editorial control of the company, which operates 17 radio stations in the country. The litigation is still ongoing.

The Mexican airline Interjet, which is now experiencing its lowest hours, on the eve of a commercial bankruptcy, was one of the flagship businesses of the Alemán family, and became the second largest player in the industry in Mexico under the command of Miguel German Magnani. In 2019 the financial problems began: the company accumulated tax debts and the pandemic ended up dealing the withering blow. According to the Bloomberg agency, Interjet has debts of 3,300 million pesos for other types of contributions and fuel consumption from a state company, as well as debts of 7,500 million pesos with various creditors. The airline stopped operating in December last year and a month later the strike broke out, leaving more than 5,000 workers in suspense. That same month, the company changed its president and passed the baton to businessman Alejandro del Valle, however, the Alemán family continues to be a minority shareholder of the company.