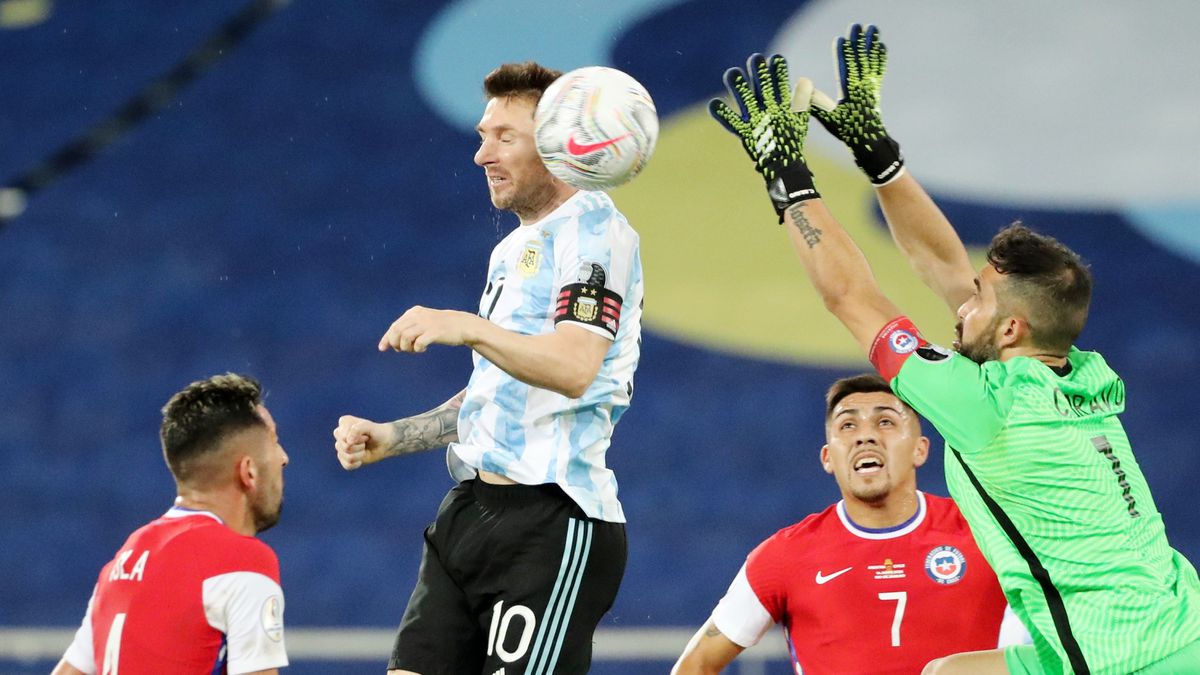 The new Argentina needed the usual Messi. It was not enough. Messi played Messi, but Chile, supported by Bravo, continues to choke the Albiceleste. La Roja stole the title in the Copa América 2015 and 2016 and in the premiere of the 2021, on the 10th he collided with one La Albiceleste counted up to 18 shots for the five of La Roja. The result: 1-1. Good Messi, better Bravo, in a game in which the emotion was put by Maradona.

In a kind of anticipation, when last Sunday Brazil jumped to warm up at the Mané Garrincha stadium, the stadium speakers sounded Life is Life. Nothing else happened. The song, a classic in the 80s, was only heard, immortalized by Maradona when he performed the exercises prior to a Naples-Bayern in the old UEFA Cup at his own pace. Conmebol insisted with Life is Life before Argentina-Chile. And, on the video scoreboard, he added Diego’s iconic dance. Special moment for the Scaloni boys, some even stopped the warm-up to watch the video of El Pelusa. This time, there was more. It was no wonder, it was the first match of the Albiceleste in the Copa América after Maradona’s death last November. As the players left for the locker room, the stadium lights went out and the pitch became a giant screen on which they projected images of Maradona. He could not miss, of course, his hug with Pelé. O Rei he did not win the Copa América; Diego, neither. The Brazilian tried it only once, in 1959 (six games, eight goals), for the three of the Argentine (1979, 1987 and 1989) in which he played 12 duels and signed four goals. Messi, heir to Pelé and Maradona, wants what they didn’t get.

And in a new Copa América, the Barcelona captain renewed his hope. A stubborn illusion, surely even naive, of winning with Argentina. “My biggest dream to get a title with the National Team, I will try to keep looking for it until I can,” said Messi in the previous one. And it was on the 10th, precisely, the alarm clock of the albiceleste in Rio de Janeiro. From the outset, Chile stretched the pressure and planted itself in the field of Argentina. Lost, the albiceleste could not find the ball, much less Claudio Bravo’s goal. Ten minutes of panic for Scaloni, until Tagliafico found Messi in the area. The 10 shot was deflected; however, the game script changed. Lo Celso appeared, Nicolás González joined him, of course also La Pulga. All, however, silenced by Bravo.

The Betis goalkeeper seemed unbeatable. But what happened to Chile that did not have to happen: foul at the gate of the area. Messi accommodated the ball, while Bravo waited under the crossbar. Duel of the new South American classic, also from Barcelona’s training sessions at the Joan Gamper Sports City. The 1 could not do anything with the precious and precise parable of the 10. Goal and new record for the captain. He was already the top gunner (72), now he is also in official matches (39), leaving behind Batistuta’s record (38). Messi smiled and celebrated Scaloni, Argentina certified the superiority in the game on the scoreboard.

It did not last. Chile reacted after passing through the changing rooms. More vertical, especially more incisive in the bands, the Red played with the spaces, as well as with the little reliability to retreat from the Albiceleste rear. Emiliano Martínez was able to head-to-head against Vargas, also with Arturo Vidal’s penalty, but not with the rebound that ended Vargas’s scoring drought. Chile’s goal erased the tranquility of Argentina. Then, Messi reappeared. He left the right wing to join the construction of the game, already with Di María and Kun Agüero, his two old cronies on the field. He insisted on the 10. He appeared to finish off, also to attend, never with luck. The game was turned off, but Argentina was enthusiastic. Also Messi, of course, who continues to dream of lifting a title with the Albiceleste. A title to honor Maradona.