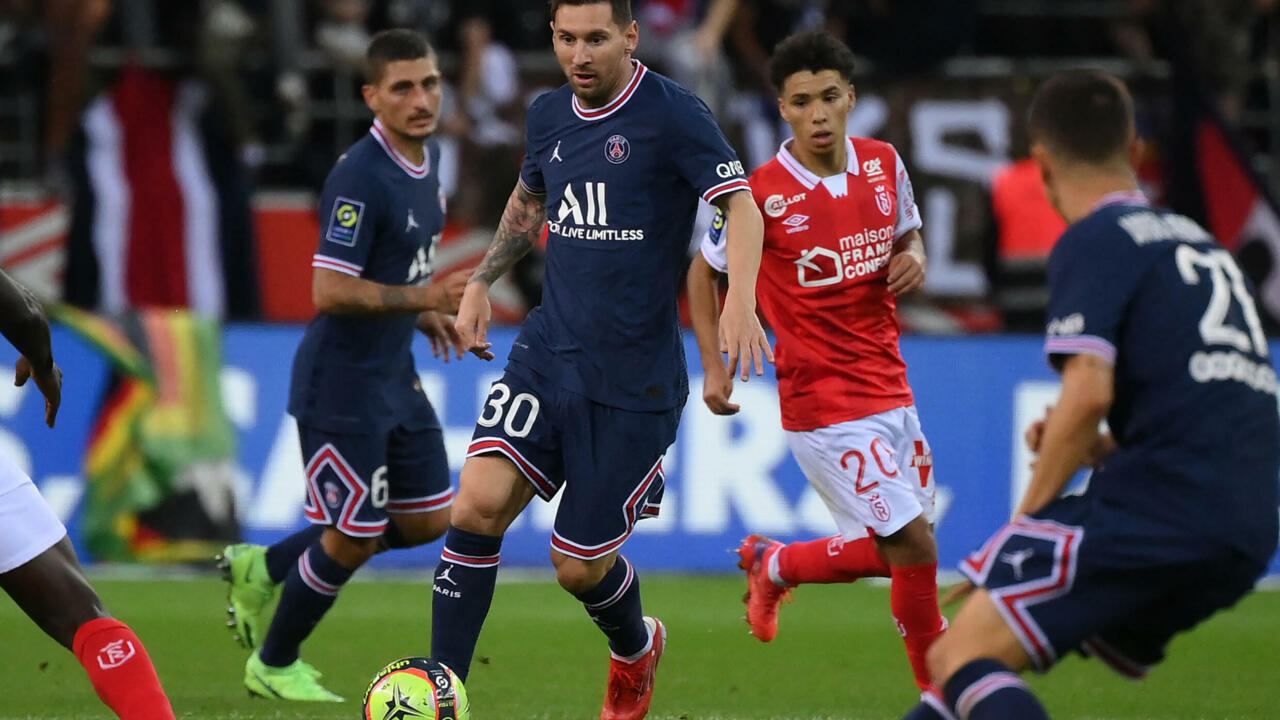 On August 29, PSG beat Reims 2-0, thanks to a double from Kylian Mbappé. However, the match was marked by the record in Ligue 1 of the first minutes of the Argentine player, six times Ballon d’Or and legendary at FC Barcelona.

Paris Saint-Germain, leaders with full victories, won this Sunday 2-0 in Reims, on the fourth day of Ligue 1, thanks to a double by Kylian Mbappé (15, 63), in a match marked above all for the debut with the team of Argentine star Lionel Messi.

La ‘Pulga’, who signed for PSG from FC Barcelona on August 10, started as a substitute, but in the 66th minute he came in instead of Brazilian Neymar, when his team was already winning 2-0. The scoreboard did not move while the Albiceleste star was on the pitch of the Auguste Delaune stadium.

That venue, which did not see so much star shine since the 1950s with Raymond Kopa and Just Fontaine, reserved a gala reception and a ‘fair play’ for the great Parisian signing.

With a full 12 points, PSG clearly dominates the start of the season in France and now their concern is whether they can continue to enjoy Messi, Neymar and Mbappé in the squad.

The doubt is in Mbappé, the scorer of this Sunday. Before the market closes on Tuesday, Real Madrid tries to sign him and has made an offer of 180 million euros, for now without an affirmative answer from PSG.

In his goals this Sunday, Mbappé scored first with a header, in the 16th, to the center of Argentine Ángel Di María. Then he did it in ’63, well served by Achraf Hakimi, one of PSG’s new signings for the new season.

But if a moment was expected by the public in Reims and by television viewers around the world, it was Messi’s entrance to the pitch, who came out to warm up in minute 58 and entered the game in minute 66.

Before that, he had sat on the bench with his compatriot Leandro Paredes and his presence in the place generated the interest of photographers and fans. Despite playing away from home, he was applauded and applauded, while he responded with a raised thumb as a sign of complicity.

He finally played a half hour of game (25 minutes of regulation time and 6 of additional time).

Mbappé had already decided the match and Messi could not decorate his debut with a goal. You will have to wait for it, since now comes the break for the national team matches.

PSG’s next appointment will be on September 11 against Clermont and there Messi would debut in his new home, the Parque de los Príncipes, although after the long trip to South America for Argentina’s next matches in the 2022 World Cup qualifiers.

The reception, with the Parisian fans surrendered to their new idol, will surely be spectacular.

Behind PSG in the standings are Angers (2nd, 10 points), who beat Rennes (8th) this Sunday 2-0 with a goal from 17-year-old Mohamed Ali Cho.

For their part, Monaco and Lille (defending champion), who did not start this Ligue 1 well, recorded their first victories of this edition this Sunday, 2-1 against Troyes and Montpellier, respectively.

In Troyes, a double by young midfielder Sofiane Diop (40 and 58) restored tranquility to the Monegasque team led by Niko Kovac, four days after their elimination in the Champions League play-off against Shakhtar Donetsk.

In that match in Ukraine, the goal that left the Monegasques without the Champions League was an own goal by Rubén Aguilar, the same player who scored another own goal this Sunday (51).

Troyes is bottom with a point on four dates, while the Principality as a whole takes air, in 14th position, with 4 points.

Yusuf Yazici put Lille ahead at 45 + 1 and moments later Gaetan Laborde (45 + 4) equalized for the visitors.

The winning goal for the reigning French champion was achieved, in the 57th, by Canadian Jonathan David.

Like Monaco and Lille, Strasbourg (13th) took oxygen with their first victory (3-1), against Brest (18th). And the newly promoted Clermont (3rd, and undefeated) rebuilt from a two-goal deficit to end up drawing 2-2 with Metz (16th).