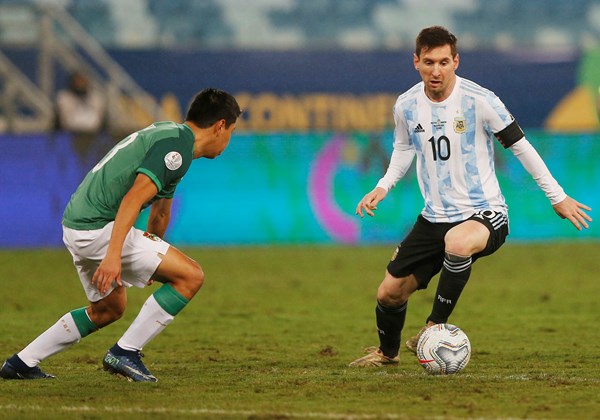 The Argentine star, Lionel Messi, has the option to end his long career with the Spanish football club, Barcelona, ​​​​within hours.

The 34-year-old’s contract expires on Thursday, leaving him free to move from the team where he spent his entire 17-year career.

Fortunately for Barcelona, ​​that likely won’t happen, with news reports confirming that the Argentine superstar is on the cusp of agreeing to new terms. And if Messi signs an extension of his contract, this may increase the possibility of him joining the group of players, who spent their entire football career with only one team.

Here are five of the most famous players who have played for just one team throughout their career.

Paolo Maldini “AC Milan”: Maldini is considered one of the greatest defenders in the history of football. He first played for Milan at the age of 16 in 1985, then spent the remaining quarter of a century at the “San Siro” stadium, where he won the Italian League title seven times and the Champions League Europe five times.

Ryan Giggs (Manchester United): Like Maldini, Giggs went on as an amazing talent to become a star for the team, playing for Manchester United from 1990 to 2014, winning the Champions League twice and the English Premier League 13 times, and in all, he won 34 Championship with the team through 963 matches played.

Francesco Totti (Roma, Italy): Totti bid farewell to Roma at the end of the 2016/2017 season, after he participated in 786 games and scored 307 goals, which is equal to Maldini’s record in the Italian league for 25 seasons.

Carlos Puyol (Barcelona, ​​Spain): Puyol is Messi’s teammate in Barcelona and captain of the team that Pep Guardiola coached and led him to get the treble in the 2008/2009 season. Puyol won the Spanish League six times and the Champions League three times, with his participation in 593 games with Barcelona. Puyol is in the list of the most visible players in the team’s shirt, along with Sergio Busquets, Andreas Iniesta, Xavi, and Lionel Messi, who has 778 games.

Mathieu Le Tessier (Southampton): Tessier is described as a mercurial striker with a talent for scoring very impressive goals. It could happen if he did not resist the offers of the big clubs who applied for him.