Messi and what happens to football 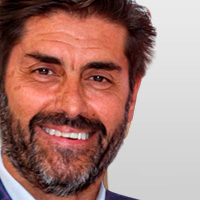 Few tears symbolize so clearly a failure with capital letters like those that Messi poured in his farewell. Failure for Spanish football, for the club and its managers, for the fans and for the player himself. If a star like Messi and a club more than a club like Barça agree to continue together after 21 years in love and in a few hours everything falls apart for the alleged benefit of a team owned by a sovereign Arab state, it is that something serious, very serious, afflicts our football.

The revered editor and writer of Ukrainian origin Abrasha rotenberg, 95 years old, father of actress Cecilia Roth and musician Ariel Rot, wondered these days in AS what he would have done if he were Messi and Barça could not keep him on the squad due to his dramatic financial situation. Rotenberg gave himself a wonderful answer, scented like a happy fairy tale ending: “If I were Messi, I would sign an indefinite contract with Barcelona and set my annual salary at one euro.” The idea is impossible, naive and even childish in today’s billionaire soccer, but it is difficult to imagine in the child’s heart of any fan a better ending to the fairy tale that has been the relationship between Messi and Barça. To do something like that, Messi would pass to the condition of saint for the Barça parish and of incomparable legend for the rest of the world. But this is not a story with a happy ending. This is a matter of money.

The result is that it is the football season is about to begin, the one of the return to the stadiums, and the thing arrives with a certain ominous air, as a chronicle of events or accident reports. The exciting signings of yesteryear and the showcase of tournaments and summer tours have been replaced by surprises such as the departure of Messi or Ramos, conflicts of enormous tension such as the Super League or the entry of venture capital into LaLiga, or unfortunate and depressing affairs for the hobbyist like the gangsters recordings to Florentino Pérez. If it had not been for the good performance of the senior and Olympic teams in the Eurocup and the Tokyo Games, respectively, it would be inevitable to think that someone has cast an evil eye on Spanish football. What is happening?

The Messi case offers many clues as a compendium of the dysfunctions of Spanish football … The Catalan club appears as the paradigm of all evils. Barça starts the championship in the psychiatrist, still groggy from the kafkaesque departure of his star. The club seemed to copy the script from you process independentista to turn what was announced as a reunion between the star and his usual home into a brutal blow for the gent blaugrana: a promise with feet of clay that proved unworkable (retain the Argentine), a few lies or half-truths about the club’s economic situation, some leaders or managers more concerned about their benefit than about the entity while playing with the feelings of the fans and, as a final fireworks, the crude reality revealed in a simple press release to admit that everything was a little theater and that the Barça totem has no place in this Barça.

After months of hearing about Laporta’s sweet dreams with Messi, In just 9 lines, the club closed a 21-year relationship between the crack and his fans. Tremendous. Laporta won the elections because he was going to be able to retain a Messi who had expressed through burofax his desire to leave the club. For months he kept alive the illusion of renewal, he told partners and supporters that everything was going well, that he would sell players, that he would lower salaries, that everyone be calm, that he would achieve what only he could do. Because it is Laporta, the magician. And in the end, in a few hours he revealed to us that everything had a trick, that the club is in ruin and that Messi is an unaffordable mortgage. Laporta, as he well wrote Ramón Besa in EL PAÍS, It is no longer Laporta, it can no longer be. He did not keep any of his promises. He linked his future to that of Messi, but at the crucial hour he stepped aside. Without the Argentine, should the president continue to lead the club?

One of the terrible lessons that this story offers, and it is not the least, is the progressive gap between the clubs and their hobbies, converted for years into mere guests of stone in decision-making or mere spectators of the bitter conflicts between who rule their favorite sport. Contrary to other countries such as Germany or the United Kingdom, the Spanish fans are neither there nor expected. It is difficult for German or British clubs to make a decision behind the back of their partners, fans or supporters. Not even those entities that are owned by a national or foreign magnate. Those who watch football on television are also fans, of course, but if you really want to attract young people, you should fill the stadiums – when possible – with people who are happy, respected and taken into account. If not, they will end up raising their voices and maybe something else, as was already seen in the United Kingdom with the announcement of the Super League.

It is difficult to avoid thinking that football is owned by investment funds, agents such as Mendes or Raiola or state clubs. In front of them, entities like Madrid and Barça have every day more difficult to compete. LaLiga and its enviable modernization by the hand of Javier Tebas is a good instrument to fight in the theater of billionaire signings, hyper exposure to the media and digital transformation, which alters the business model. But it will be more effective if it manages to overcome a serious internal contradiction: the interests of the big clubs (Madrid, Barça, Atleti…) do not coincide with those of the most modest, on which Tebas rests its power. Therefore Some demand the Super League and others fight it; That is why some welcome the CVC fund and others denounce it as a scam. This is not how you can advance in a healthy way.

Soccer suffers (enjoys) digital disruption like so many activities that either transform or disappear. There is no place in football for amateurism. Today everything is a fight to the death that too many times ends in the courts with uncertain and not always positive results, when we continue talking about an activity that is born in the street, that does not allow corsets and that contains wonderful mysteries such as the life and miracles of Messi. The bad relationship between our leaders, including the Federation, is a disgrace That has been taking up too many covers for too long. Let’s talk about Pedri, not from Thebes or Rubiales. But it seems that football has made that Spanish evil its own, that destructive gene that has us always divided, whatever the issue, making it impossible to build a common project, beneficial for all.

The bottom line is that, while waiting the miraculous arrival, if it occurs, of Mbappé or Haaland, the fan tries to make a list of the off-series of the championship and finds little chicha. Modric, Griezmann, Oblak… Some find around here (En-Nesyri, Koundé…), some exciting young man over there (Pedri, Ansu Fati …) and stop counting. At the same time, the newspapers tell how Lukaku has returned to Chelsea for 115 million euros or how Guardiola’s City seizes Grealish for 117.

And between account and account, doubts and more doubts, questions and more unanswered questions. Once again, Barça tops the table: what has really happened so that what was about to close, the reincorporation of Messi, was blown up in just a few hours, causing one of the biggest upheavals in the club’s history? Is the entry of the CVC fund in LaLiga great news for everyone or a “scam” as Madrid defends? Is it true that Laporta had entered into the agreement with CVC with Tebas and then left without moving a hair? Is it really the LaLiga rules that have thrown Messi out or the desire of the Barça managers to start a new era without him? Is the Super League the balm of Fierabrás for the big clubs in Europe or is it the end of modest football?

In Can Barça they try to make a virtue of necessity and they tell whoever wants to hear it that Messi’s departure is a necessary measure. Affirm that Koeman’s project, with a firm commitment to young people and a general restart of the sports plan, will bear fruit and it will open a new glorious and financially sustainable stage. We will see. We romantics would have wanted retain Cristiano, Ramos, Varane or Messi, or not seeing so much young talent playing outside of Spain to gain a foothold in the national team or in a big club. We would even dream of a Rotenberg solution, with Messi playing for the club of his life for one euro a year. It would be nice, but who believes that story?