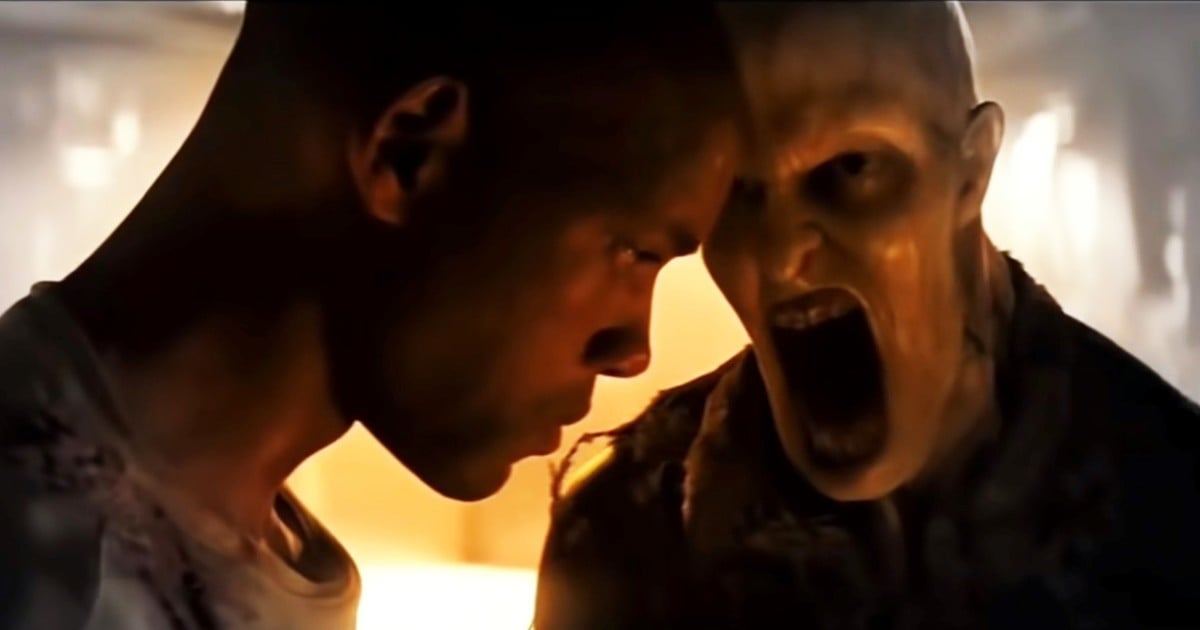 The news came through the pages of The New York Times. The owner of a major optician in the Bronx, who was trying to convince his employees to get vaccinated against the coronavirus, was puzzled when he heard the latest of the theories about why you should not get vaccinated: the movie “I am a Legend”.

I am a Legend, 2007, starring Will Smith, is a horror film and Science fiction American post-apocalyptic that recounts the failed laboratory experiment with a virus.

The virus in question annihilates humanity and transforms the survivors into horrendous zombies, against which a lone Will Smith must fight.

When the owner of the lens house in the Bronx asked his employees why they don’t get vaccinated, one confessed that his concern was “I am a legend.”

“An employee said she was concerned because she thought a vaccine had turned the characters in the movie I Am Legend into zombies,” the Times article reads.

Akiva Goldsman, The 59-year-old, who co-wrote the script based on a 1954 novel of the same name, had to come out and explain that, well, that was actually fiction.

Unsubstantiated posts and memes citing the movie as a reason not to get vaccinated against Covid have appeared on social media platforms. for months, and Facebook has tagged some as they contain erroneous information.

The article in The New York Times is entitled “The fight of a company to get its employees vaccinated.”

There he relates that John Bonizio, 63, owner of Metro Optics, He was ecstatic when he learned in January that optometrists and their staff members would be among the first groups eligible for the covid vaccine.

During the chaotic first days of the vaccine launch, Bonizio found a hospital with many appointments available for vaccines and offered to schedule them for each employee.

About half of the staff members rushed to get an injection. But because its employees interact with dozens of patients and clients every day, I wanted everyone to be vaccinated.

When he called employees to ask why they were hesitant, their responses they presaged resistance that would unfold in the next few months throughout the United States.

Tiara Felix, a lab worker at Metro Optics said she is skeptical about getting vaccinated. Photo: Laila Stevens / The New York Times

Some people said they did not trust the government, citing false conspiracy theories that the vaccines contained tracking microchips placed by the authorities.

Others noted that the vaccines had not yet been formally approved by the Food and Drug Administration and were concerned that getting vaccinated would interfere with their ability to have children. (Scientists have said that no evidence vaccines affect fertility or pregnancy).

And finally an employee admitted that she was worried because she thought that a vaccine had caused the characters in the movie “I Am Legend” to turn into zombies.

Vaccine opponents have widely circulated that claim about the movie’s plot on social media. But the plague that turned people into zombies in the movie was caused by a genetically reprogrammed virus, not by a vaccine.

However, taking out the fundamental fact that the film is a fiction, it became viral on social networks that in the film it had not been a virus but a vaccine that had caused a disaster in humanity.

Talking to employees about the misinformation they saw spread on social media was like walk on eggshellssaid Brett Schumacher, 38, the company’s CEO.

Trying to persuade a skeptical coworker to trust the government and health officials in the middle of the workday can be uncomfortable.

“We have one person who is just anti-vax, period,” Schumacher said. “I didn’t get into all the reasons behind this because that sort of thing just make my blood boil“.

The Times article put the issue in the sun. And the fight broke out in the preferred social network for fights: Twitter

“The surprising thing about this anecdote is that it is not the crazy comment of a person, but it sounds like something that has been spread widely in some corners of the Internet (…) with tens of thousands of shares, with comments mostly serious“, writes a user.

Some people who refuse to be vaccinated alleging these types of arguments it is costing them the job.

Bonizio considered firing employees who refused vaccines, but admitted that the option was uncomfortable for him. He said it did not feel right to tell employees to “give themselves an injection that they are opposed to or else they cannot work or feed their family.” Nor was he sure the legal implications of doing so.

CNN said Thursday that it had fired three employees for going to the office without vaccinations, one of the first known examples of a major American corporation firing workers for ignoring a workplace vaccination mandate.

The Federal Equal Employment Opportunity Commission issued guidance in May saying that employers may require vaccinations for employees who enter physically to the workplace. The agency also said that employers cannot offer “coercive” incentives to promote vaccines, but did not explain precisely what he was banning.

Bonizio concluded in the end that it should be up to the government to demand vaccines, and not to private companies.