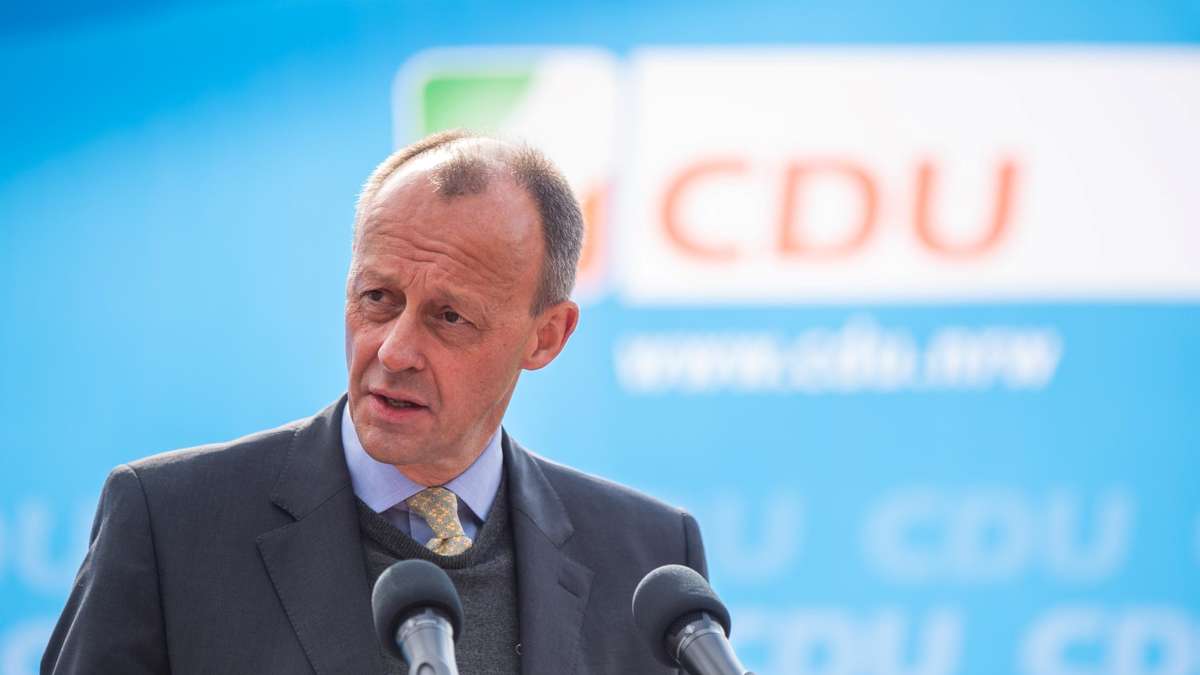 In the upcoming federal election, Friedrich Merz can hope for a direct mandate. But the CDU politician makes a mockery with a speech.

Mühlenberg – In the election for CDU chairman in January, Friedrich Merz lost out to North Rhine-Westphalia’s Prime Minister Armin Laschet. But despite the defeat, the Christian Democrat did not want to say goodbye to politics. Around two months after the damper at the CDU federal party conference, Merz announced that he would run for the Bundestag again.

On Saturday, the former parliamentary group leader of the CDU / CSU took part in a vote against Patrick Sensburg. Merz, who sat in the German Bundestag from 1994 to 2009, prevailed with 327 to 126 votes. He will enter the race as a CDU direct candidate for constituency 147 Hochsauerland in the 2021 federal election.

Apparently Merz had been able to convince the delegates in his almost 20-minute speech. Among other things, he announced according to a manuscript published in advance: “You won’t get a comfortable and well-adjusted MP in me.” Merz continues: “We have to have the courage again to pursue perfectly normal bourgeois politics instead of chasing the fleeting zeitgeist breathlessly. We are not the better Greens and also not the somewhat less radical AfD. “

But parts of the conservative’s speech were not particularly well received – there was mockery and criticism on the Internet. Above all, Merz’s statements on the topic of gender-sensitive language got caught in the crossfire. “To rate university theses worse because the person to be examined did not correctly set the ‘gender ***’,” said Merz with excitement. And presented himself as a defender of the German language.

Merz mockingly cited a few examples of gender language that was unsuccessful in his view. “Greens? Woman woman instead of man man? Unity and law and freedom for the German mother country? Chicken fillet? Playgrounds for children? Who gives these #gender people the right to unilaterally change our language? ”He asked his party colleagues.

Friedrich Merz: Malice and ridicule on the net after gender jokes by the politician

The politician’s team tweeted this part of their boss’s speech, among other things. There was a counterattack from the Greens, MEP Katrin Langensiepen replied to the tweet: “It hurts”. Author Sophie Passmann commented: “The joke was very funny in 2008 and you are way ahead of yourself compared to the rest of your worldview.” One user wrote maliciously: “Who actually gives you the right, despite multiple defeats, to all Germans? to want to impose? “

Meanwhile, Merz also commented on the smoldering power struggle in the Union over the K question. “Come to an agreement, Markus Söder and Armin Laschet. This country needs perspective. This country needs leadership. And the CDU and the CSU are needed as the leading political force in this country. “

As before, Merz campaigned for his party chairman. “The CDU has decided. The decision has been made and it applies despite all the turbulence that exists between the CDU and CSU these days. That’s why I stood behind our chairman once again this week: Armin Laschet. ” (kh)

Dr. Doak is now in the canceled GoldenEye 007 XBLA remaster

VTV | News Finn: Yli-Viikari has complained about her shelving

Lopetegui and a defense in suspense