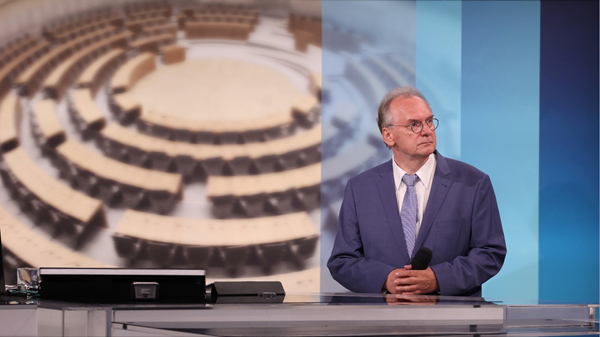 The Conservatives scored a convincing victory in the German state of Saxony-Anhalt on Sunday, bypassing a threat posed by the far-right Alternative for Germany party, according to exit polls.
This result constitutes a reassuring performance for the head of the Christian Democratic Union party aspiring to succeed Chancellor Angela Merkel, who will retire after the upcoming parliamentary elections.
The Christian Democratic Union, headed by Armin Laschet, won between 35 and 36 percent of the vote, according to exit polls, while the Alternative for Germany won between 22.5 and 23.5 percent.
Paul Tsimiak, General Secretary of the Christian Democratic Union, welcomed the results, which he attributed to local government chief Rainer Hasselhof.
In turn, Hasselhof praised the results, saying, “People voted against the AfD (…) We fought the battle in unison, it is also a message to Berlin.”
The results are good news for Laschet, aspiring to succeed Merkel after the general elections scheduled for September 26.
The head of the Christian Democratic Union urgently needed this victory to consolidate the ranks of the party members and strengthen the position of the conservatives, who regained the lead in the polls of voting intentions at the level of Germany after the Green Party had preceded them.