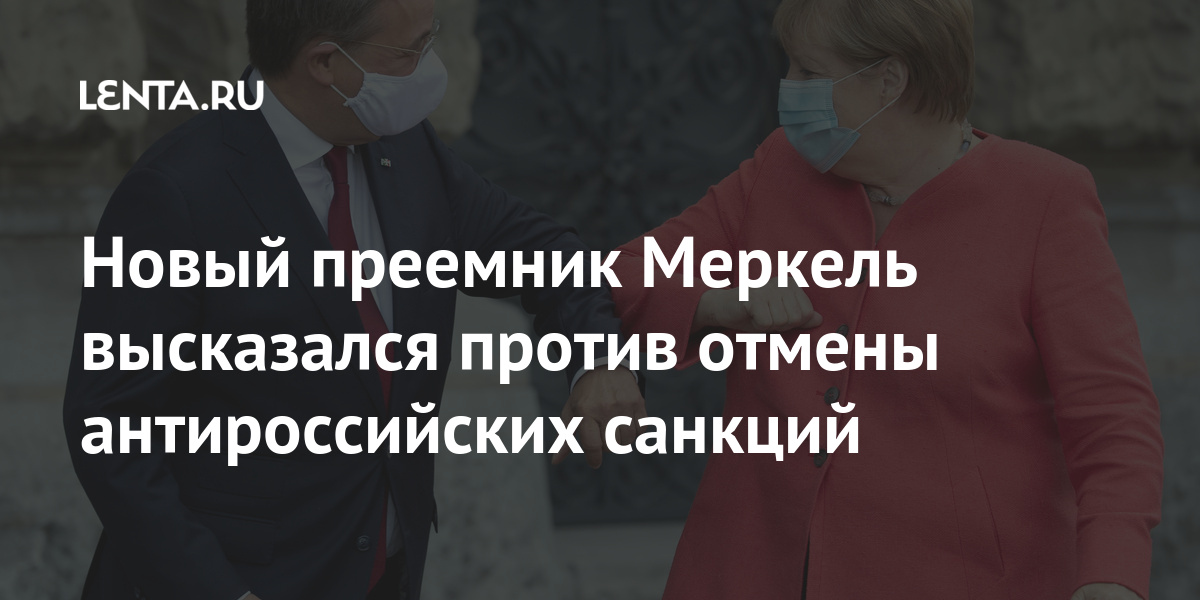 The new chairman of the Christian Democratic Union (CDU), part of the ruling coalition in Germany, Armin Laschet, spoke out against the lifting of sanctions against Russia. He stated this in an interview with Frankfurter Allgemeine Zeitung.

According to him, at present there is no reason to lift the EU restrictive measures against Russia. The politician recalled that anti-Russian sanctions were adopted after the annexation of Crimea to Russia in 2014, which the West considers a violation of international law, as well as the beginning of the conflict in eastern Ukraine. Laschet pointed out that “from the position of the Russian-controlled side, there are hidden and open acts of aggression.” He also expected more progress on the Minsk agreements.

Earlier Laschet revealed his views on relations with Russia. According to him, Moscow remains an adversary in many respects, but there are still important issues, for the solution of which it is necessary to cooperate with it. In particular, we are talking about the implementation of the Paris Agreement and the settlement of conflicts.

Laschet, Prime Minister of the federal state of North Rhine-Westphalia, became chairman of the CDU on 16 January. Several candidates took part in the election campaign, including the former head of the parliamentary faction Friedrich Merz and the head of the Bundestag foreign policy committee Norbert Röttgen.

Corona mutations: Experts are warning of a third wave that could soon threaten

Another I want and I cannot from Talavera

Jared Leto reveals that he lost his Oscar: “I hope it is in good hands”