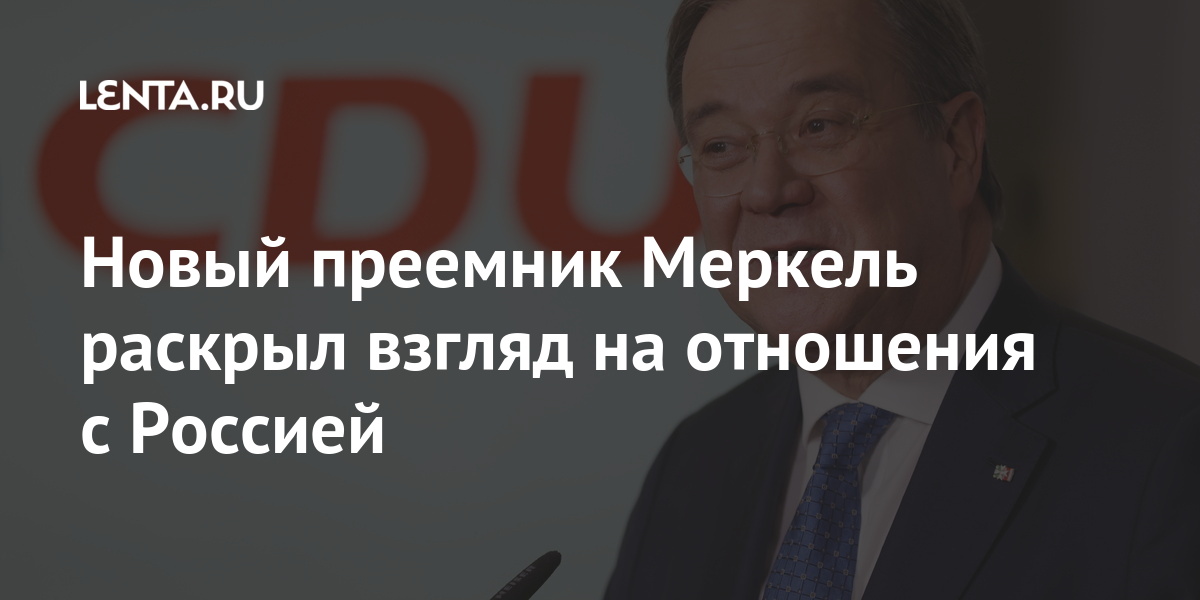 The new chairman of the Christian Democratic Union (CDU), which is part of the ruling coalition in Germany, Armin Laschet, said that he considers Russia an enemy. He revealed his view of relations with Moscow in an interview with the Frankfurter Allgemeine Zeitung newspaper.

According to him, his position on Russia is absolutely transparent. “Russia is an adversary in many ways, but there are still important issues that we need her to address,” Laschet explained.

So, we are talking about efforts to implement the Paris Agreement on climate and conflict resolution. “This applies to many regions in the world where Russia is active. She is part of the Libyan conference, organized by the chancellor, and will participate in the implementation of the Iranian agreement – together with the EU, the US and the UN, ”added the successor to Chancellor Angela Merkel, who previously served as head of the CDU.

He urged to find ways for cooperation with Moscow. At the same time Laschet noted that it is necessary to point Russia to the borders in an attempt to “influence the Baltic states and in relation to Polish friends.” “Our solidarity on the alliance is not negotiable,” he concluded.

Laschet, Prime Minister of the federal state of North Rhine-Westphalia, became chairman of the CDU on 16 January. Several candidates took part in the election campaign, including the former head of the parliamentary faction Friedrich Merz and the head of the Bundestag foreign policy committee Norbert Röttgen.

The double tragedy of the López family