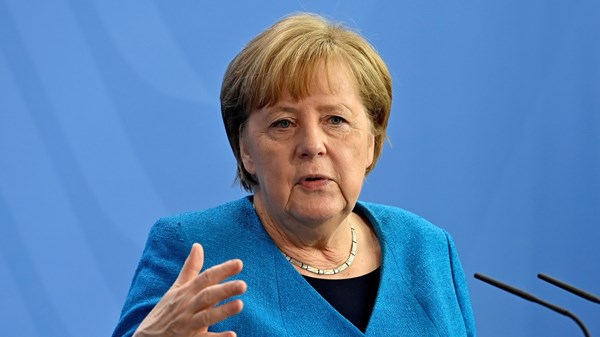 German Chancellor Angela Merkel thanked the medical staff for their great efforts during the Corona crisis.
And Merkel said today, Monday, in a video message broadcast during an event of the German Hospital Association, that female doctors, doctors, care crews and other staff have been working for months to their maximum psychological and physical limits, and added: “This is not something that is self-evident at all.”
Merkel confirmed that the third wave of Corona has now broken, adding that the number of Corona patients who need intensive care is declining, noting that more hospitals can now return to normal operations and compensate for the postponed operations.
On the other hand, Merkel stressed that the pandemic is still continuing in the world, explaining that it is gratifying that the urgent control of the crisis is no longer the only focus of the discussion about hospitals.