Commission President von der Leyen is visiting Chancellor Merkel to approve the billions in EU aid. But before that, criticism is loud: The plan is a “bungling sham”.

Berlin – Federal Chancellor Angela Merkel (CDU) receives EU Commission President Ursula von der Leyen in the Federal Chancellery on Tuesday. The focus of the meeting is the German development and resilience plan, with which the effects of the corona pandemic on the economy and society are to be cushioned. The EU Commission is expected to give the green light for the German spending plan on Tuesday. The Greens had previously described the German plan as a “bungling sham”.

Europe expert Franziska Brantner (the Greens) had applied the harsh criticism of the German press agency. The federal government is almost only offsetting old projects from its economic stimulus package with EU money. No new impulses would be set here.

EU Commission chief Ursula von der Leyen brought the decision for the German reconstruction plan to Chancellor Angela Merkel on Tuesday. Germany expects around 26 billion euros in grants from Brussels and wants to use most of them for green and digital projects.

The Bundestag member Brantner criticizes the government’s plans: “The required European added value is missing. There is no new money for the climate and the climate quota is nicely calculated with dubious measures such as the promotion of hybrid cars. ”The federal government is engaged in greenwashing. What is meant is that projects only appear to serve to protect the climate. The EU Commission should not simply approve the German plans, but must examine them carefully, said Brantner.

However, it is expected that the Brussels authority will give the green light to the German plans. There were precise specifications for the construction plans. At least 37 percent of EU funds should be spent on climate protection and a further 20 percent on digital. Federal Finance Minister Olaf Scholz (SPD) believes that he has exceeded the quotas. Critics, however, complain that the Commission’s reform guidelines have been ignored.

In July 2020, the 27 EU countries decided on an unprecedented joint investment program called Next Generation EU, which is intended to get the economy going again after the pandemic and at the same time modernize it. The 750 billion euros agreed at the time – in current prices it is even a good 800 billion – are to be financed through debts and repaid together.

If the construction plans are given the blessing of the Commission, they still have to be approved by the Council of EU countries. The first decisions are expected to be made in mid-July. Then the first money can flow. (dpa) 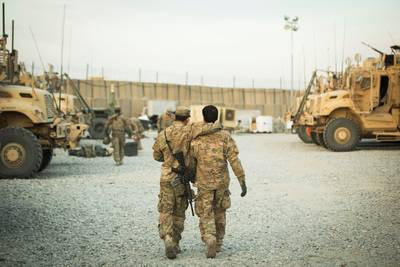