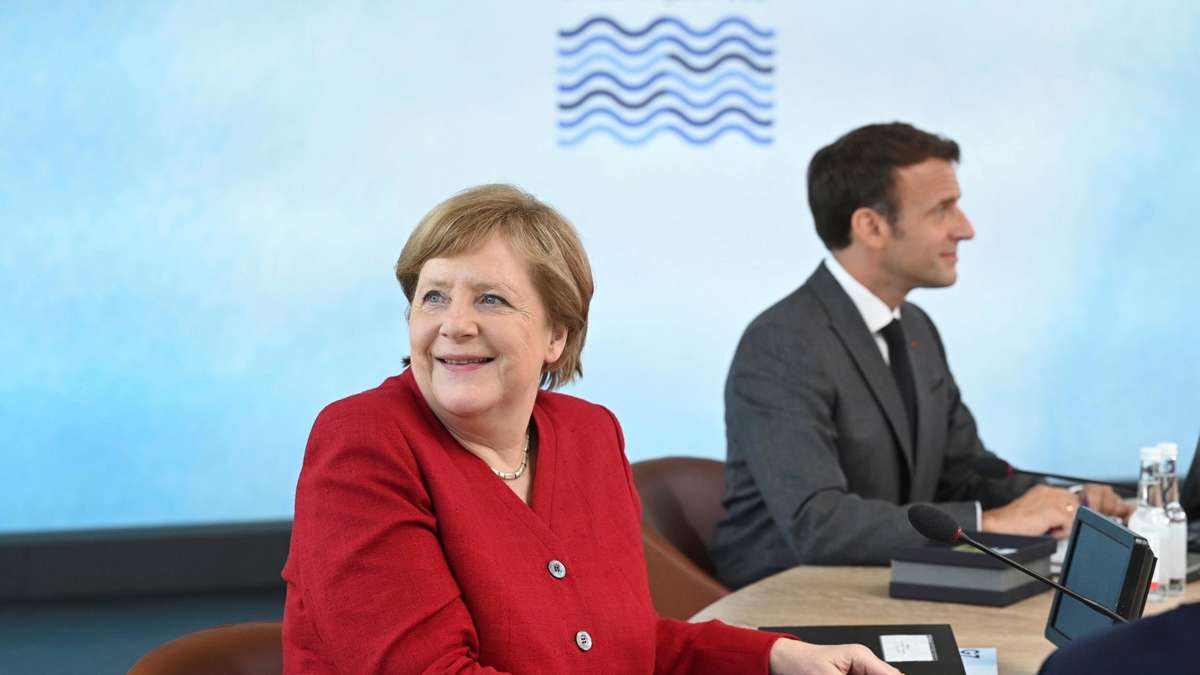 Thanks to the relaxed Corona situation, Chancellor Angela Merkel can again receive state guests in Berlin. French President Emmanuel Macron is the first.

Berlin – In the past few months, Chancellor Angela Merkel (CDU) had to be satisfied with virtual meetings. Because of the corona pandemic, Germany’s head of government was only able to communicate with international statesmen and women via screen. Today, Friday (June 18), the Chancellor will again receive a state guest in Berlin for the first time.

As government spokeswoman Martina Fietz announced on Monday, French President Emmanuel Macron will then be a guest in the capital. It is planned that Merkel and France’s head of state will have dinner together in the Federal Chancellery.

Since the planned Macron visit is the first reception of a foreign guest by the Federal Chancellor in 2021, it is “something special”, emphasized Fietz. Merkel and Macron met on the sidelines of the G7 summit in Cornwall, UK, at the end of last week. The heads of state and government of the seven leading industrial nations were able to meet there in person for the first time since the beginning of the corona pandemic.

According to the government spokeswoman, European policy issues are one of the main topics of conversation for Merkel and Macron next Friday. The meeting should also enable a coordination between Germany and France before the EU summit on June 24th and 25th in Brussels.

The Merkel spokeswoman did not say whether the refugee problem in the Mediterranean will also be discussed. On the day of the meeting between the Chancellor and France’s head of state, the civil aid organization Sea Eye demonstrated against what they saw as the “EU policy of isolationism”. Two days before World Refugee Day on June 20, the sea rescuers drew attention to the fact that hundreds of refugees were still losing their lives trying to get to Europe.

From Sea Eye’s point of view, Austria’s Chancellor Sebastian Kurz as well as Merkel and Macron have the political responsibility to prevent further refugee dramas on the open sea in Europe. The aid organization will therefore symbolically rescue the doppelgangers of Kurz, Merkel and Macron from “distress” on Friday afternoon. (kh / dpa)