Mercenaries, the sinister export of the conflict in Colombia 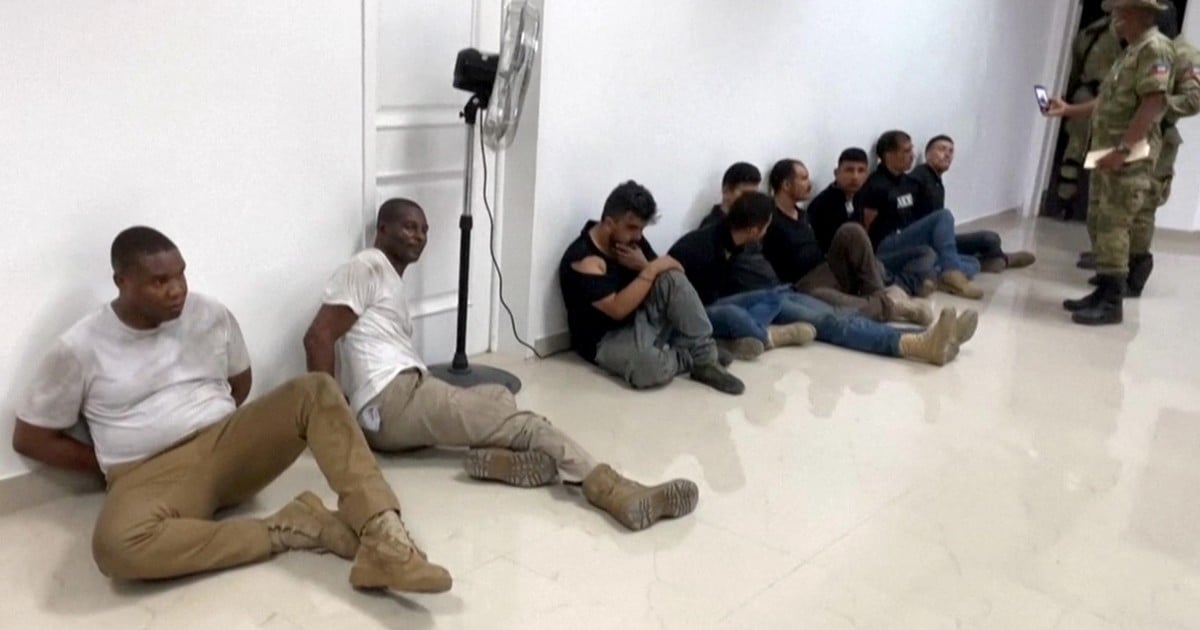 They fight in Yemen or Afghanistan, monitor oil pipelines in the Arab Emirates and even arm plots in Haiti. Hardened in half a century of internal conflict, retired Colombian military and illegal combatants feed the sinister market of the mercenaries in the world.

Twenty-six Colombians are accused by Haitian authorities of having participated in the assassination of the president Jovenel moise early Wednesday morning at his residence.

Bogotá said that at least 17 of its former military personnel are allegedly involved in the attack, 15 of whom were captured and while two were killed by Haitian forces.

“There is great experience in terms of irregular warfare. The Colombian soldier is trained, has experience in combat and is also a cheap labor force,” Jorge Mantilla, investigator of criminal phenomena at the University of Illinois at Chicago, explained to the AFP agency. .

It is not only retired military personnel who cross the borders of Colombia, the world’s leading cocaine exporter, to exercise violence for hire.

In May 2004, Venezuelan authorities arrested “153 Colombian paramilitaries” whom they accused of being part of a plan to assassinate then-President Hugo Chávez.

Haitian police officers detain two foreigners as part of the investigation into the assassination of President Jovenel Moise. Photo: EFE

Colombia is an inexhaustible pool of soldiers. Some 220,000 officers are members of the Armed Forces and thousands of them are retiring due to lack of promotion possibilities, misconduct or because they have completed 20 years of service.

Every year “between 15,000 and 10,000 soldiers leave our ranks of the army (…) it is a human universe that is very difficult to control,” said Colonel John Marulanda, president of the Colombian Association of Retired Officers of the Military Forces (Acore). , in an interview with W Radio.

They retire relatively young with low pensions and that makes them “prey to better economic opportunities,” added the retired official.

In his opinion, what happened in Haiti is a “typical recruitment case” of former Colombian military personnel by private companies to carry out operations in other countries.

According to Colombian authorities, there would be four companies involved in the assassination of the president.

A woman who introduced herself as the partner of Francisco Eladio Uribe, one of the captured Colombians, assured that a company made her husband an offer of $ 2,700 to join the command.

Uribe retired from the army in 2019 and is linked to a judicial process for the scandal known as “false positives”, in which the military executed more than 6,000 civilians between 2002 and 2008 to pass them off as combat casualties in exchange for benefits .

In May 2011 the newspaper The New York Times revealed that a plane with dozens of former Colombian military personnel landed in Abu Dhabi to join an army of mercenaries hired by the US firm Blackwater to guard important assets for the United Arab Emirates.

A Haitian policeman takes aim at a suspect in the president’s crime, killed Wednesday at his residence. Photo: XINHUA

The same newspaper revealed, in 2015, that hundreds of Colombians were fighting Houthi rebels in Yemen, now contracted directly by the Emirates.

“Boom” of the mercenary industry

For Mantilla, for a decade “there has been a boom in that industry.”

At that time, the United States began to replace its troops in the Middle East with “private security companies because they involve a lower political cost in terms of casualties and a gray area in international law.”

Before eventual human rights violations, “The legal responsibility will be assumed by the material authors” and not the State or company that hired them, notes the analyst.

Today there is a global market where American, English, French, Belgian or Danish companies recruit mercenaries mainly in Latin America or in countries with armed conflicts such as Zimbabwe and Nepal.

“The companies are legal, but this does not mean that all the activities that these people do are strictly legal”, concludes Mantilla.