Mercedes: why Hamilton celebrates a pole that doesn’t … 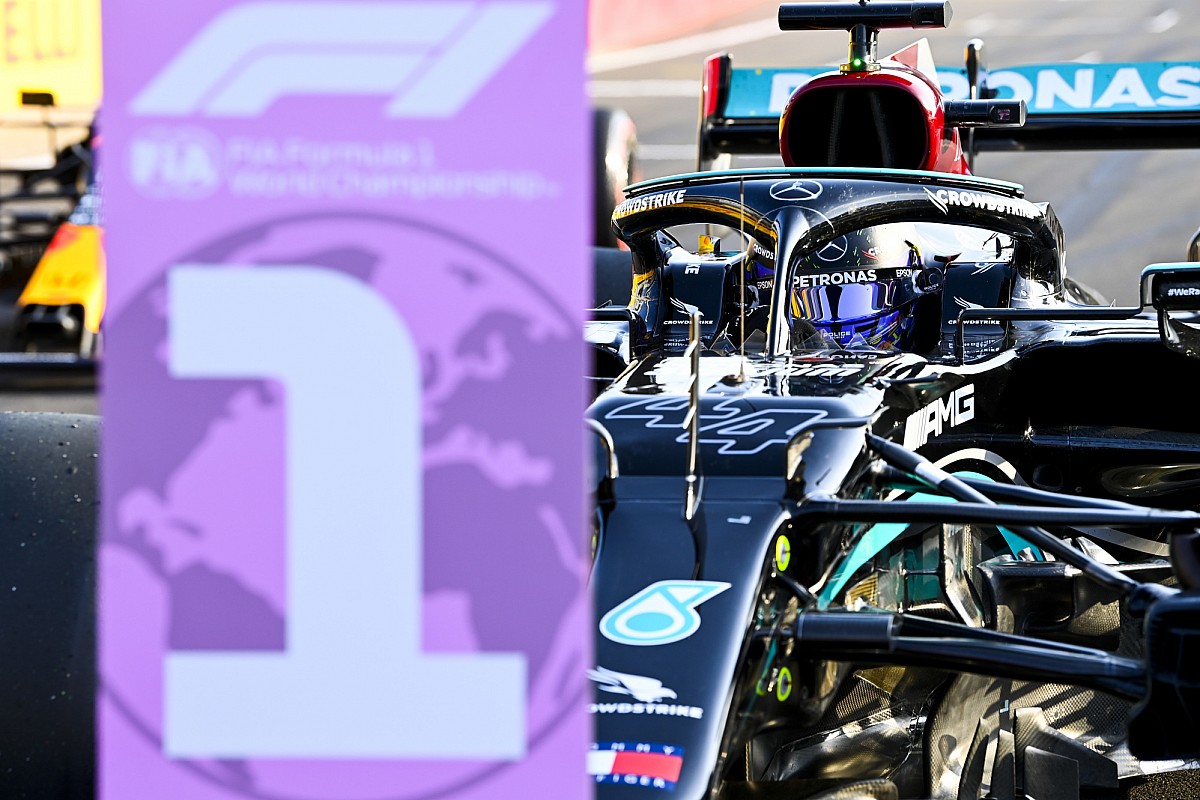 The lap completed by Lewis Hamilton today at Silverstone, in front of ninety thousand spectators, will not find space in the official archives of Formula 1. It is a shame, because the specific weight of the best time conquered by the world champion is absolute, and becomes in fact one of the pole position that Lewis (one who does not have great memory skills) will remember for a long time, like the one obtained in 2018 in Singapore.

To hell with the formal value, in essence it is pole number 101 obtained by Lewis Hamilton, one of the most sought, suffered and celebrated.

Just like three years ago on the Marina Bay circuit, Hamilton and Mercedes were not the favorites on the eve, a condition that brings a bit of stress but at the same time ignites the pride of a team immune to any form of fulfillment. The day really didn’t start for Lewis in the best way.

When he was told by radio at the end of FP1 that Verstappen had been faster by seven tenths, Hamilton’s response was very explanatory.
“Really seven tenths?”, He replied, being stunned in front of a much higher margin than even the worst of forecasts. The script seemed already written, and confirmed also in Q1, with Verstappen able to finish in the lead using only one set of new tires, the only one to do so.

The overtaking came in Q2, with Hamilton finishing tenths in incessant contact with the garage, and Verstappen starting to suffer from understeer problems in the third sector.
“When there was to attack – explained Max – the front didn’t grip the asphalt, a strange feeling”.

A few minutes after confirmation in Q3, despite a mistake by Hamilton himself in the final lap. Then it was a party, with engineer Peter Bonnington shouting over the radio the now famous “Get in there, Lewis”, even more excited than the many days in which World titles were celebrated.

One lap (which in fact will not go to archive) was celebrated as a major milestone, and this gives an idea of ​​the significance this Friday at Silverstone has for Mercedes. For more than two months, the World Champion team has been short of victories and pole positions, a period in which Red Bull has placed five consecutive victories taking off in the general rankings.

For Mercedes, the Silverstone weekend is a last resort to stay hooked to the race for the World titles, Hamilton, Bottas (who today has sportingly made himself available to the team to give the wake of Lewis) and all those who they operate in the Brackley office, where Hamilton himself took a leap on the simulator this morning.

A presence that says a lot about how the team is really trying everything possible to keep up with a Red Bull that still remains the favorite, both for the stage victory and for the 2021 World titles.

But Mercedes, and especially Hamilton, do not want to give up as long as there is a chance, and the “pole position” won today is there to confirm it. As for the race pace, everything is postponed until tomorrow, as foreseen by this new format which until now has split the paddock between enthusiasts and doubters. But tonight, in the sunset of a sunny Silverstone, Hamilton will enjoy the moment.

At thirty-six, with seven World titles, ninety-six successes and one hundred pole positions on his showcase, he is enjoying a dream ride, as if he were a kid in his first career exploit. “It’s been a long time since I was able to hear the scream of the public – he explained after getting out of the car – and being able to relive this feeling right here at Silverstone, well, it was exciting. Tomorrow? It will be a tough race, but we are starting from a good position… right? ”.