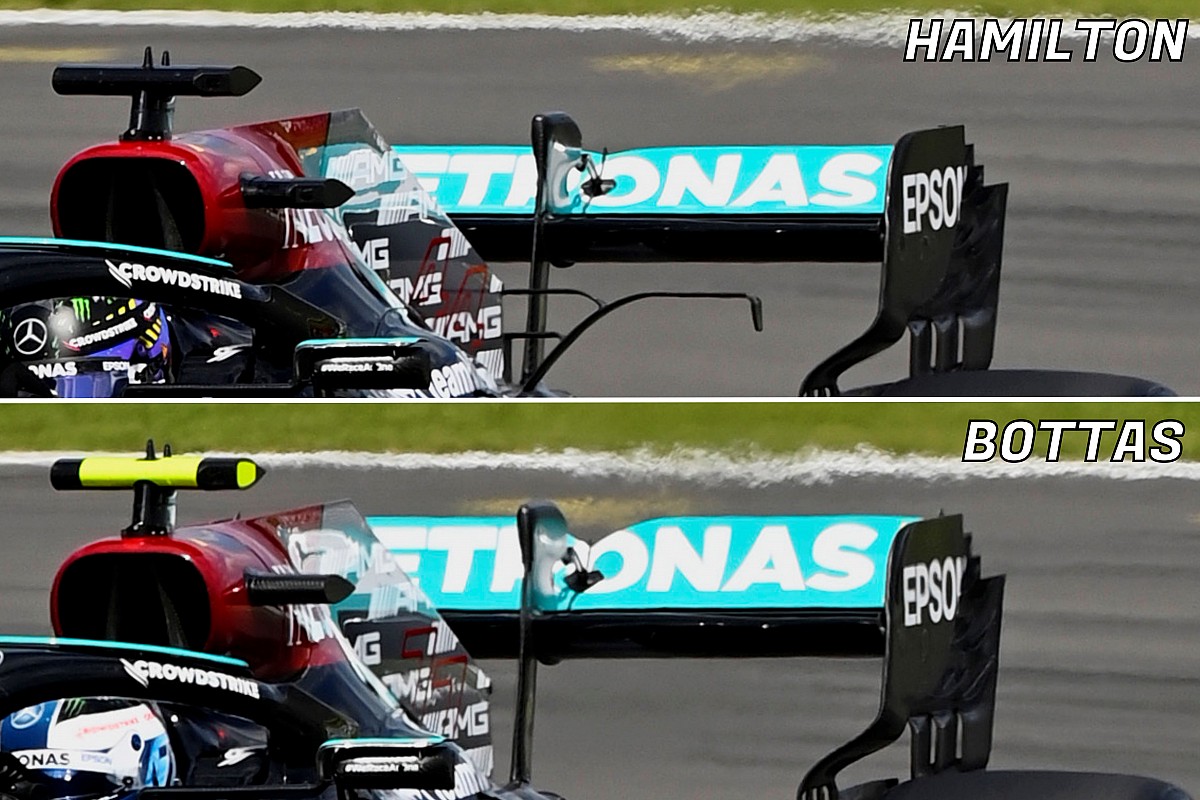 Lewis Hamilton better than Valtteri Bottas. Even if only slightly in the first free practice session of the British GP. Mercedes has equipped the two drivers with the same technical updates, but in the one session before qualifying it has differentiated the set-ups in order to try to optimize two different set-up solutions in the short time available.

Silverstone is a very demanding track because it requires maximum aerodynamic efficiency, but with a medium load configuration. The W12 in the two races held in Austria one week apart had brought a more downloaded version, tested on the simulator by Hamilton, which was then rejected for preferring the standard version.

In England, on the other hand, in addition to the changes to the bargeboard and bottom (the technicians found a defect in the car they had been dragging on for some time and which they hope to have fixed), Mercedes experimented with a very different rear wing, to achieve very similar result.

Lewis Hamilton shot with an identical main profile supported by a mono-pylon chosen by both, but the Englishman had a movable flap with a significantly shorter string, but adopted the T-wing.

Valtteri Bottas, on the other hand, was sent to the track with the mobile wing much more loaded which, however, in the central part, where the DRS command acts, showed a deeper V-shape. a fair balance, he was not equipped with the T-wing: it will be interesting to find out in qualifying which solution will be chosen for the English weekend.

The goal to be achieved is the same for the two pilots, but in different ways. In Austria it was Lewis who realigned himself to the choices made by Bottas. And in Silverstone?