Mercedes sensor: does the plenum get colder air? 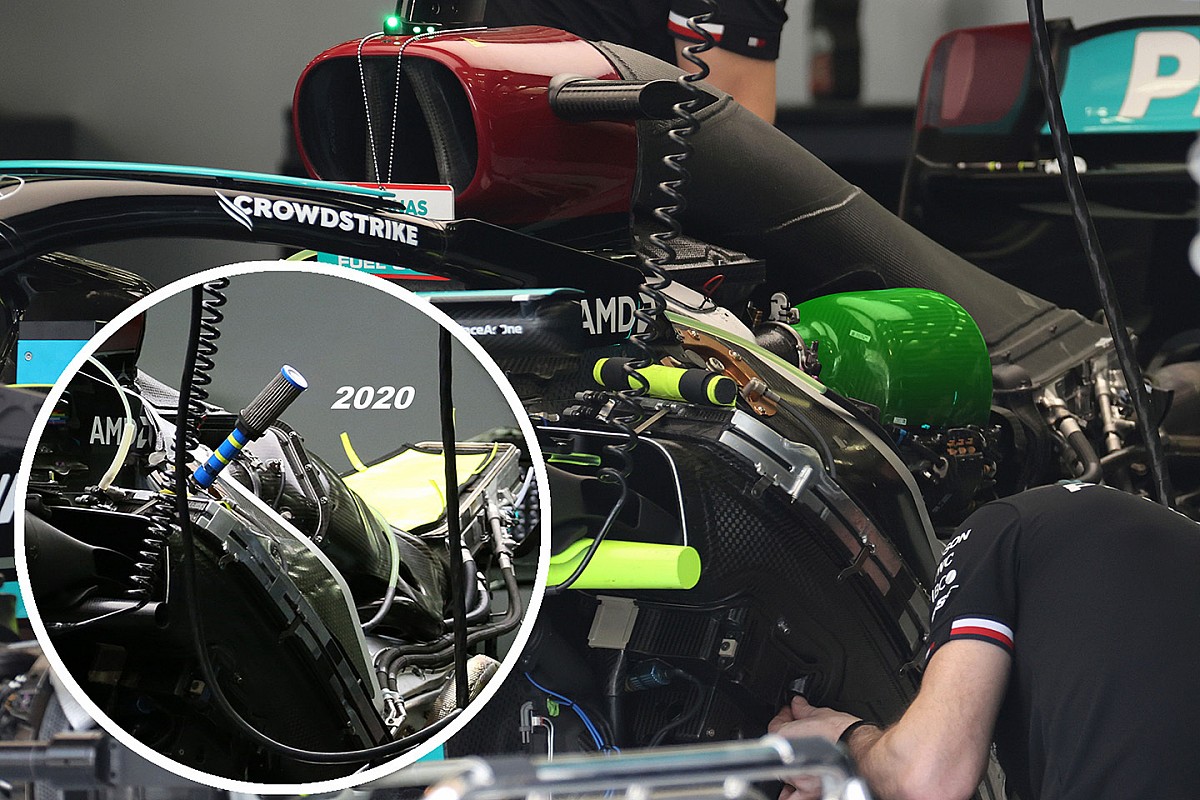 Red Bull has strong doubts that Mercedes from the British GP will be able to extract more power from the power unit in the acceleration phases. In the Milton Keynes team they think there was an increase in power by about twenty horsepower that would have allowed the Star to improve the performance of the W12.

According to Michael Schmidt of Auto Motor und Sport, an authoritative German magazine, from Silverstone Mercedes has rediscovered an engine supremacy over Red Bull-Honda which manifests itself in the first part of the straight and allows to reach the maximum speeds ahead of the competition. , reversing the data that had been recorded before the English race that spoke in favor of the Japanese engine.

And, then, from Red Bull they would have sent the FIA ​​a request for regulatory clarification to try to understand why the Brixworth unit has made a substantial step forward in performance, suggesting that there is something to control between the compressor and the motor plenum.

GPS data shows that the black arrows take a clear advantage at the start of the straights after the slow corners. For Red Bull, the FIA ​​technicians must go and look at the Mercedes intercooler which has the task of bringing the compressed air from the supercharging system to room temperature.

According to opponents, the secret lies in the intercooler. Compressed air is usually cooled from 100 degrees to room temperature. In reality there is a regulation, contained in a technical directive, which allows the air in the plenum to be brought to 10 degrees below the temperature detected by the FIA ​​one hour before the race.

The manufacturers try to bring the freshest air possible into the intake box, because the higher the density, the more fuel can be burned in the combustion chamber, resulting in an indisputable increase in power.

The doubt, therefore, is that the Mercedes is able to manage the passage of flow between the intercooler and the plenum when the air is denser, that is to say in the first phase of acceleration, while then the compressor pushes warmer air losing the advantage.

The question that arises in Red Bull is: to what extent can the air that is introduced into the plenum be cooled, especially if the FIA ​​control sensor is positioned in a point of the box that can allow significant temperature variations?

It is suspected that the sensor is placed in a specific area that allows reading a temperature well above the required limit. Since this year, Mercedes has modified the plenum of the W12 which has been moved and enlarged compared to last year, so much so that the hood of the black arrow envelops this part of the engine showing two striking “bosses” that had never been seen in the past.

The technicians directed by Hywel Thomas may have studied a different fluid dynamics in the passage of air between the intercooler and the plenum. It must be said that Ferrari had already objected to the 2020 solution that Mercedes was using last year, but even then the FIA ​​technical commissioners considered the Stella solution to be compliant with the rules.

Will they be able at Red Bull to prove that things are different now? Let’s not forget that Christian Horner has started a powerful acquisition campaign of Mercedes specialists who will leave Brixworth to be part of Red Bull Powertrains and some information could be particularly accurate…

PSG: Not up to the task, Pochettino takes a lot of money in Qatar!