Mercedes flies but Hamilton dampens the enthusiasm of free practice 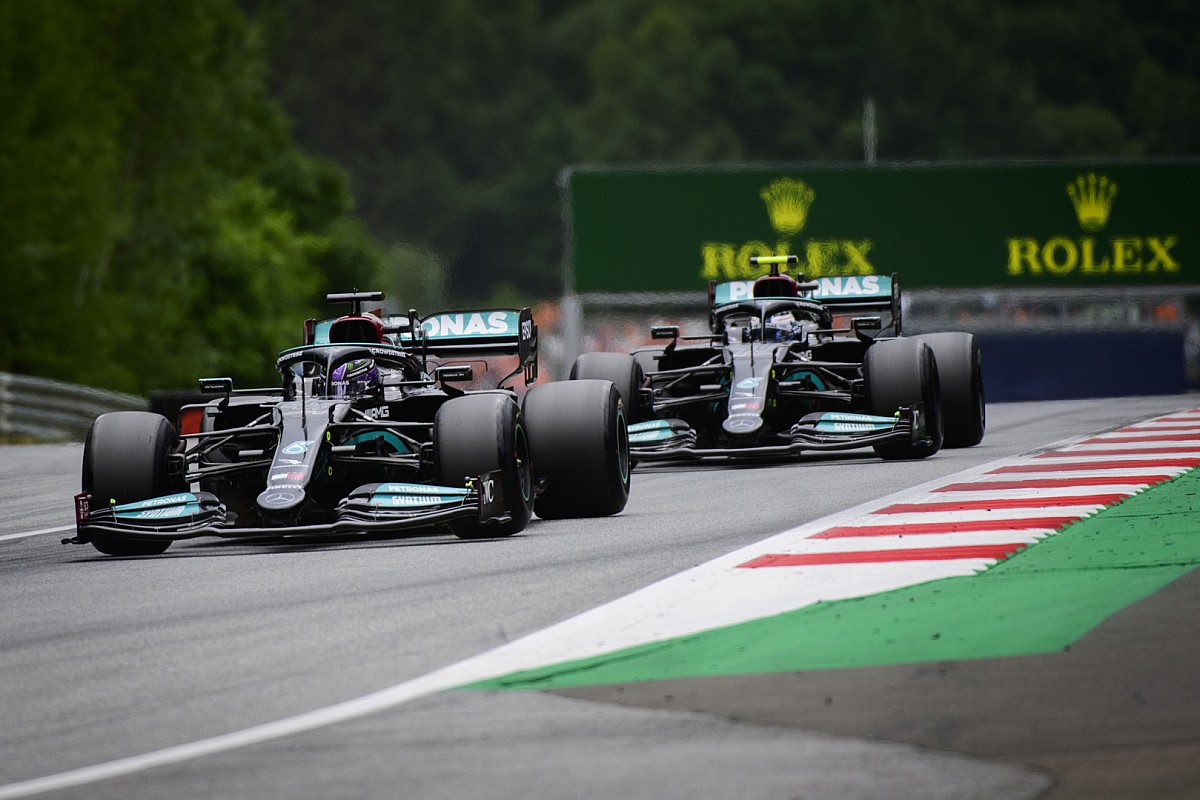 To cool the enthusiasm of the Mercedes fans was Lewis Hamilton, who as soon as he arrived in front of the microphones a few minutes after the end of the FP2 session commented on the day that saw him conquer the best time with a mix of sensations.
“We made some small steps forward – commented the World Champion – on the fast lap the feeling was positive, but I already know that ‘they’ have something in their pocket, and I already know that tomorrow they will pull it out. They have a qualifying modality that is similar to the one we had ”.

Hamilton does not give up. In a press conference also held at the Red Bull Ring a week ago, Toto Wolff had reversed on the alleged ‘plus’ of power that would have guaranteed Red Bull the second Honda power unit, and promptly Christian Horner intervened: “Explain it also to your pilot “.

Whether or not Wolff told Lewis is not known, but Hamilton certainly hasn’t moved an inch from his position, pointing to the Honda engine as the reason for Red Bull’s change of pace.

Hamilton also pushes… to the simulator

Mercedes was eagerly awaited today, especially after the statements arrived at the end of last Sunday’s race, in which both Wolff and Hamilton had stressed that they would not return to the wind tunnel to try to mend the technical gap with Red Bull.
“We are now on the 2022 fully staffed project”, both underlined, a statement that could be read as a surrender. But that’s not the case, at least not yet …

Although the model of the W12 used in the wind tunnel is now on Wolff’s desk, the team is trying everything they can to get the most out of the car.

Hamilton himself went to Brackley on Tuesday for a simulator session, an activity Lewis doesn’t particularly like.
“It was his request – revealed Wolff – Lewis is starting to really appreciate the simulator we have available, and it was a pleasure to see him motivated to try every possibility. It is the mentality of the whole team, we are really trying to push hard ”.

And in fact today in the Mercedes garage the activity was frenetic, and at one point Bottas and Hamilton came out of the pits with abundant flov-vis brushed on the rear diffuser and the bardgeboards. “We will no longer go to the gallery – explained Wolff – but we want to understand the flows as much as possible. It is a question of height from the ground to optimize the flows at best “.

In today’s FP1 session, Mercedes tried (with Hamilton) a more discharged rear wing, in search of that top speed that today seems to be one of Mercedes’ weaknesses in direct confrontation with Red Bull.

However, the findings do not seem to have convinced Lewis and his engineers, who returned to the double-pylon solution used last weekend in the afternoon. Times in hand, however, the two Mercedes completed a good day.

Hamilton, leader in the FP2 final standings ahead of Valtteri Bottas, with the Finn completing the fastest long-run ever. With a medium tire Bottas covered eighteen laps, with an average time of 1’09 ”436 against the reference of Verstappen (1’09” 549) over the distance of twenty laps.

The fifteen degrees of difference between this Friday and last week could give Mercedes a little help, and Hamilton himself has confirmed that he is happy with the balance of his car.
“I don’t want to make big changes – he clarified – there is a risk of going astray when you are under pressure, so we will only make small changes. I want to believe that our race pace, confirmed today, can be a good basis for Sunday ”.

Mercedes’ goal is to make life more difficult for Verstappen. In last Sunday’s race Max actually greeted everyone at the start and it was impossible for Hamilton to get close to the DRS distance even for a single lap.
“We have to try – concluded Wolff – in the end if Valtteri had finished the Monte Carlo race in second position (the Finn was forced to retire due to a blocked bolt) or if Lewis had won in Baku after Max’s problem, today we would comment other rankings. So we know that many things can happen, and we must always be ready ”.