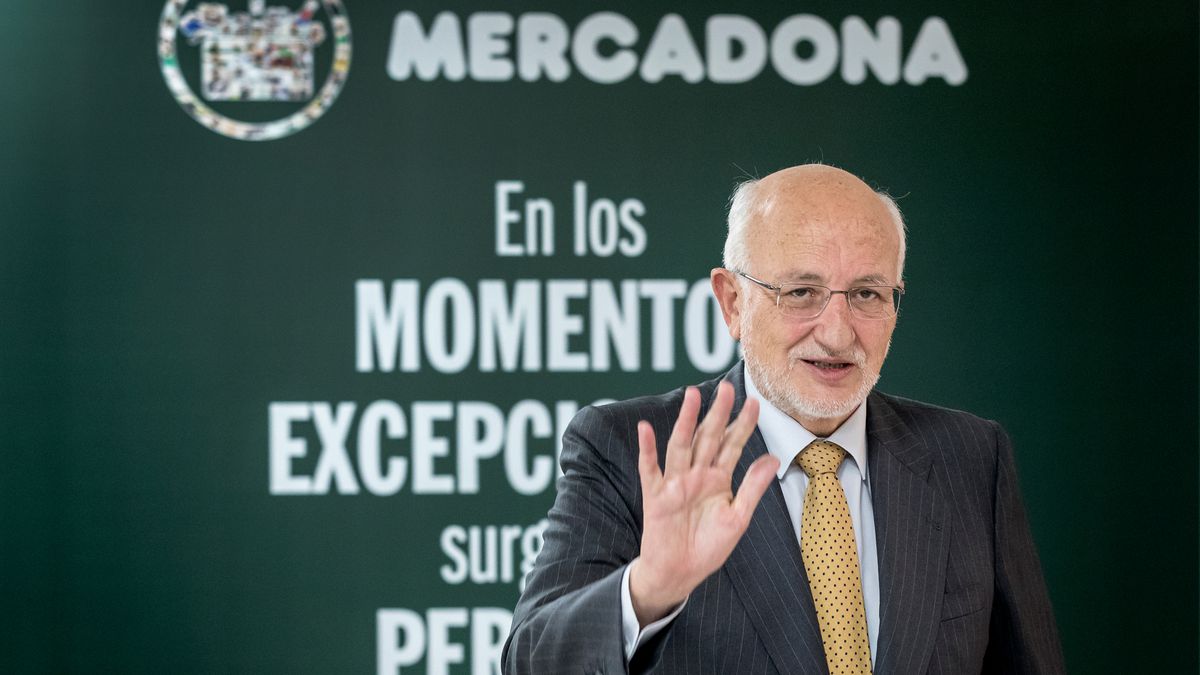 The year of the pandemic has brought Mercadona to the top of the companies with the highest turnover in Spain. The Valencian supermarket chain regained its lost throne and is once again the firm that generates the most sales in the country: it entered 24,494.7 million (not counting the 186 million sales in Portugal), according to the accounts presented by the company this Tuesday. With this figure, the firm chaired by Juan Roig unseats Repsol from the leadership, which suffered the blow of the coronavirus and was left with a turnover in national territory of 17,088 million.

Mercadona already held this crown in 2017, then also ahead of Repsol. And from other energy companies, Telefónica or El Corte Inglés, as has happened again in 2020. The advantage between the supermarket chain and the firm led by Josu Jon Imaz is just over 7,400 million. Although this difference between the two is somewhat misleading, since Repsol’s business has been greatly affected by the pandemic (it reduced its sales in the country by a third due to the collapse in fuel demand), something that has not happened with food. Now it remains to be seen if with the gradual economic recovery the energy company will again unseat Mercadona or if the Valencian firm will establish itself as a leader.

Of course, this throne is held only if income in Spain is taken into account, not those produced outside the national territory. If the entire business is accounted for, both national and international, Mercadona would be relegated to more backward positions and would be beaten by groups such as Banco Santander (45,740 million), Telefónica (43,075 million), Repsol (33,282 million) or Iberdrola ( 33,145 million). This is precisely the reason why no bank appears in the top positions (CaixaBank’s business in Spain was 6,211 million, Santander’s was 5,927 million and BBVA’s was 4,943 million).

After Repsol, the third place in Spain remains for Endesa, which with the coronavirus crisis has moved away from Mercadona and the difference between them is deepening. Before the covid, the Valencian company was already ahead, and now it widens that difference. The same is happening with Telefónica, although in this case to a lesser extent, since its income was timidly affected by the pandemic.

The list of the eight companies that invoiced the most in Spain (those that in 2019 exceeded 10,000 million) is completed by Iberdrola, which remained at half the turnover of Mercadona, Cepsa and Naturgy. El Corte Inglés is also among those that enter the country the most, although the company has not yet presented its 2020 accounts. Despite this, it will not snatch the leadership confirmed this Tuesday from Mercadona, since in 2019 it had a turnover of 14,327 million, a long way off from the supermarket chain. In addition, its business has been very affected by the impact of the covid, with its shopping centers closed in the hardest moments of the state of alarm.

A video clip leads two young men to 3 months imprisonment and a fine of 100,000 dirhams

The man who can kill facial recognition technology in America