Mendilibar: “Everyone in Pamplona is happy with Jagoba, and that says a lot” 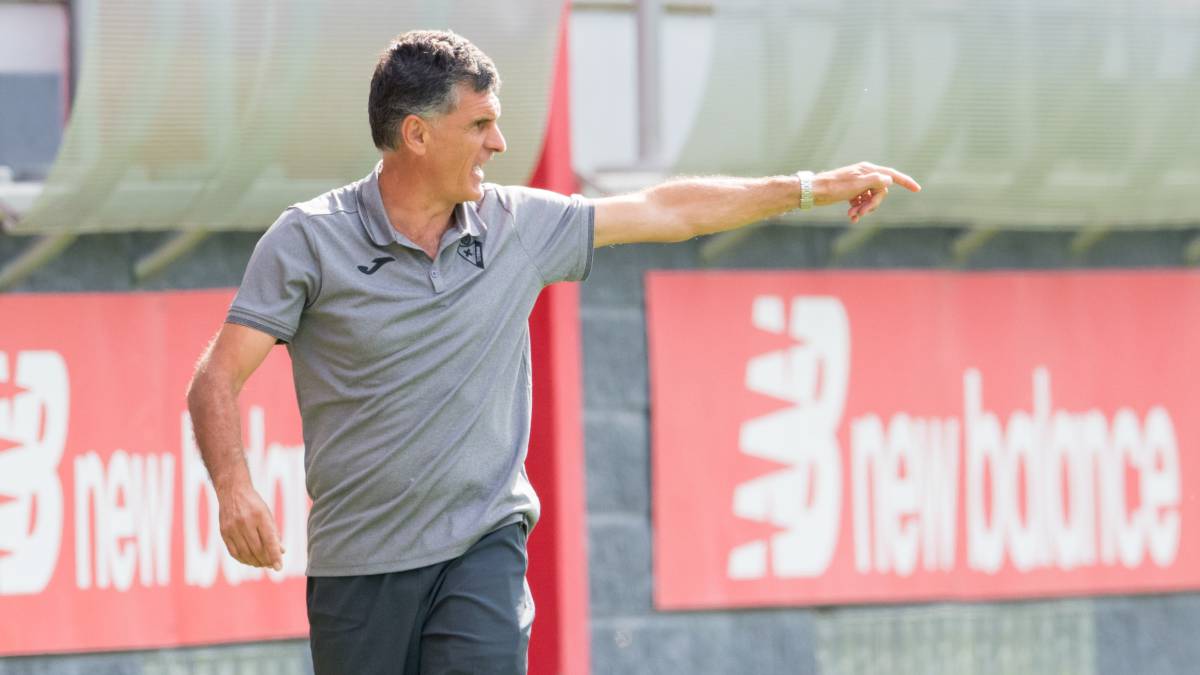 José Luis Mendilibar, Eibar coach, praised Jagoba Arrasate, his counterpart on the bench and with whom he will meet on Sunday (12 hours) in Ipurua with the visit of Osasuna. “Everyone in Pamplona is happy with Jagoba, and that says a lot. He has ‘hit the key’ and is a super nice person,” said the coach of the Guipuzcoan First Division team in a deferred press conference -the journalists made the yesterday’s questions and remotely via mobile phone messages – in an empty press room due to the coronavirus. It was the anticipation of a field in Eibar without an audience and without the enthusiasm of the Navarrese fans, who in the 2020-2021 season, as happened last season (2019-2020), will not be able to enter Ipurua due to COVID-19. A shame -the same happened with Athletic Club-, because rivalry matches between nearby clubs are decaffeinated if there are no supporters in the stands, who put the seasoning to make a good stew.

Although from different periods, Mendilibar (former rojillo technician during 4 campaigns 2010-2011, 2011-2012, 2012-2013 and 2013-2014) shares with Arrasate his Biscayan roots, his passion for football, and the fact that both came to Osasuna in the Second Division, they promoted him to First, and they achieved permanence. Almost nothing. The Zaldibar coach, with the mask on, threw flowers to Jagoba Arrasate, who will be his “enemy” on Sunday. “Look at how many years he has been and what he is doing (referring to the promotion to Primera with Osasuna 2018-2019 and achieving permanence with ease in the 2019-2020 financial year). Everyone is happy with him, and that says a lot Both players and other members of the club; even outsiders like fans and journalists are satisfied with it. Knowing him, as we know him, as a person … If on top of that then ‘hit the key’, and he has hit it in Pamplona, ​​he has everything going for him. He is a super nice person. If he has to say things, he tells you. And if not, no. He is super open and has fitted in well in Pamplona “, highlighted Mendilibar.

Osasuna de Jagoba Arrasate won last year in Ipurua (0-2), in a duel played on July 2 in which the Navarrese were better than the Gipuzkoans. “Osasuna is fine now, and he also did great last season. He is clear about what he plays and does it well. It’s a team with a style like ours: they play in the opposite half, finish the plays quickly, and if they lose a ball they immediately try to recover it. When we have faced Osasuna, it was more difficult for us to play what we want than for them. You can tell the difference and that’s why they beat us. We have to be us, knowing that we have a good rival in front of us, but being cheeky and, above all, being focused for the 90 minutes. Normally derbies are won or lost due to specific errors, you have to be super focused for 90 minutes, because these matches are lost due to a mistake, “he warned.

Mendilibar foresees a vibrant duel in Ipurua. “I think it will be an open match. Osasuna receive few goals and it seems that this is because they only dedicate themselves to defending. It is not like that, they make few goals because he defends far from his goal, closer to the rival area than to his own. Acting like this they are safe, confident, and do it well. You have to try to find their backs, play us longer in the opposite field. Then, they will be the ones who will be unhappy. If we are in our own field it would be because they are doing their football, playing more comfortably. That is what we have to try to avoid, “he stressed.

The Catalans got a break with their first league win against Valladolid at the Nuevo Zorrilla (1-2) on Saturday, October 3. A ‘crazy’ duel in which Esteban Burgos scored a penalty, and the Castilians tied, all in the first half. After the break, Dmitrovic saved Sergi Guardiola a penalty, Barça player Pape Diop was sent off with a direct red card, and Kévin Rodrigues scored the winning goal at the end and with Eibar playing with 10 players. “We have almost forgotten, because two weeks have passed, as there was no league last week. When we were worse in theory, because Pape Diop was sent off, that’s when we did things better or it was harder for Valladolid to play against us. Outnumbered and at the last minute is when we scored the winning goal. We did not go back, because the left-back defender (referring to Arbilla) is the one who crossed and the end of the opposite band arrives to finish off in the small area (by Kevin Rodrigues). That was a sign that we were playing in the opposite half, despite being one less. That strengthens us, but at home we have only added one point in three games, with a draw and two losses. It is time that, at least, we have good feelings about the game, and leave Ipurua happy. We are not obliged to win, but we do have to play our football. Only the results do not give you peace of mind, but you also have to play well, do our football “, notice.

“Pozo and Bryan Gil are different players, fast and good at one on one”

For the first time, Mendilibar will be able to count on the last two incorporations, Alejandro Pozo and Bryan Gil, two young international footballers who were loaned out by Sevilla on Monday, October 5, the last day that signings could be made. “They are different players than we had before, because they are good at ‘one on one’ and fast. With them we can play long, “he said, referring to the fact that his teammates can pass deep into the hole, to take advantage of their speed.

The Eibar sports director (Fran Garagarza) and the coach (Mendilibar) wanted to have Pozo and Bryan Gil, they bet on them and the wait was rewarded with the arrival of the two promising players from the Sevilla youth team. The technician explained that “Pozo can play in 2 positions (right winger and winger), he’s fast, ‘chilli’. If he acts in advance, he can look for the ‘backs’ to the rival. Bryan Gil is very good at ‘one on one’, when it comes to facing, and leaving the rival. We had no one like him. Overflowing the contrary and putting yourself in superiority, it helps you when the enemy is closed and the matches get complicated. For that reason, both of them are going to help us, “Mendilibar announced.

However, the arrival of the two players has caused an ‘overbooking’ problem in the squad, since the Eibar team has 25 players, the maximum allowed, because on the last day the transfer market closed, only Álvaro Tejero came out on loan to Zaragoza. On the other hand, Roberto Olabe did not want to leave Eibar, something he did last season in which he was loaned to two teams from Segunda, Albacete (the first round) and Extremadura (the second). “I think we are a lot of people, I have always said that I preferred to have 22 or 23 players. We have a ‘full closet’ with 25 men. I hope that the day to day is good for everyone. If there are so many people, some will participate less than others. They can’t all play at the same time only 11 can do it and up to 25 there are many who are left out. This inability for players to come out has prevented a footballer from coming that we may need at this time, for example on Sunday (in reference to a pivot), “he concluded. And it is that on October 5 it was rumored that Eibar was going to sign a midfielder who did not reach the end, when Roberto Olabe did not leave, a left-handed midfielder who also plays in that position.

Mendilibar has a problem in the midfield in the match against Osasuna, because you will not be able to count on 3 of the pivots of your squad. In addition to the fact that Pape Diop is suspended after being sent off against Valladolid at the Nuevo Zorrilla by direct red card, Edu Expósito and José Recio are injured.

Edu Expósito suffers some discomfort in the knee of his right leg, a very important drop because he is the ‘brain’ of the team and had played all 5 league games (4 of them as a starter). He did not play the friendly on Friday, October 9, against Real Unión (1-1) in Atxabalpe.

Recio, who suffers from a dorsolumbar trauma, has already missed the match in Valladolid. The Malaga player had to retire in the first part of Eibar-Elche (0-1) on Wednesday, September 30, so he has already been in the ‘dry dock’ for more than 2 weeks.

Galkin published a parody of Zelensky

Did Kim Jong Un make his wife disappear? Not seen for the last 9 months 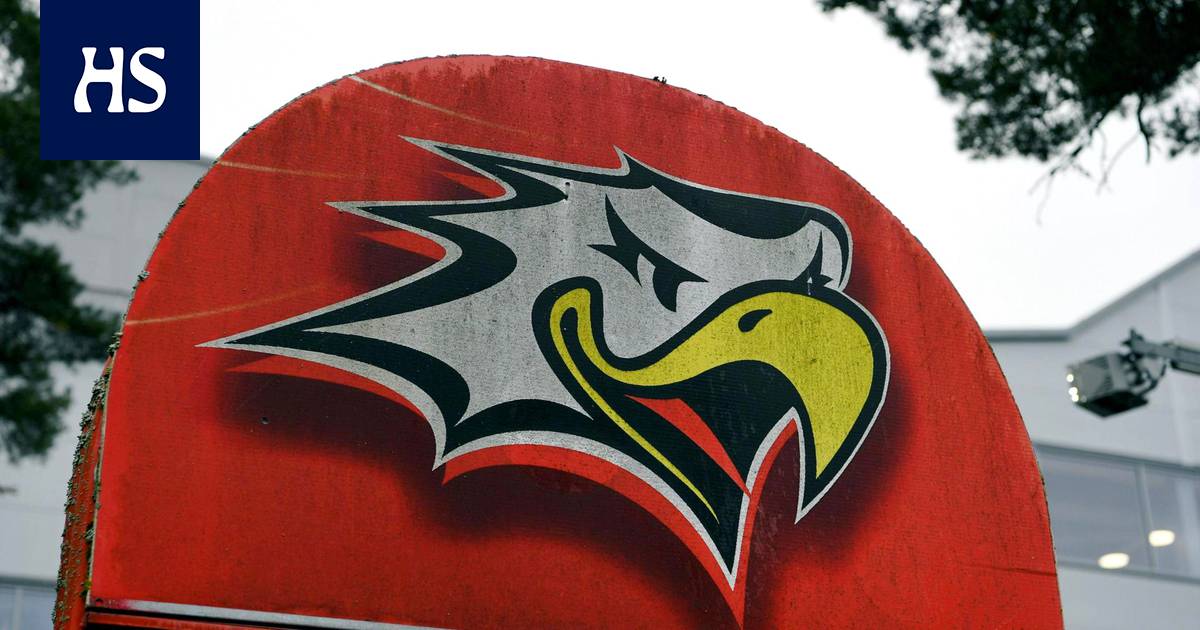 Bilbao Basket – Real Madrid: schedule, TV and where to watch the ACB

Joseph Stiglitz: “Trump has been an economic disaster”

Reader ‘s opinion As time changes, so do the means of regional policy