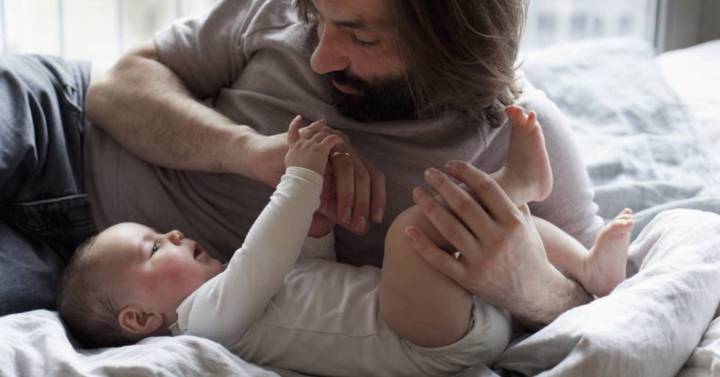 Discrimination is a totally reprehensible fact and, unfortunately, it is present in many areas of our society. The reasons for this type of behavior can be very varied, the most common being gender, ethnicity, sexual orientation or identity, national origin or disability, among others.

Although it is true that the protection of fundamental rights has been gaining weight in legal systems, on numerous occasions situations of legal distress occur because the discriminated person is not classified within a group liable to be discriminated against and therefore protected. Situation or legal gap of which the main jurisdictional bodies defending human rights have taken charge, coining the concept of reflex discrimination.

This type of discrimination refers to the unfavorable treatment suffered by those people, not because they belong to a victimized group, but because they are related in some way to another or other people who do belong to any of these social groups.

Being a male father is also a problem

Based on this judicial concept, a recent sentence (whose text you can see here) has declared void the dismissal of a father considering that it has been produced in a reflex way by the pregnancy and childbirth of his wife and the legal consequences that it entails.

The fact that the court recognizes the existence of a gender discrimination projected in the figure of the father, it allows to grant said parent the same legal protection as if it were the mother, under the protection of article 55 of the Workers’ Statute.

The company alleged as a reason for dismissal a continuous reduction in the performance of its functions, but without providing any type of evidence to prove it. Said lack of evidence and the fact that the dismissal letter was sent retroactively to the day of delivery, denote, in the judgment of the court, “a clear temporary connection”Between his fatherhood and the dismissal decision.

Although, the magistrates spin finer and consider that it is not the paternity leave itself that causes the dismissal decision, but the fact of becoming a father and all the legal consequences that it may entail, such as absences, sick leave, reduction working hours, etc. The court deduces that the company prefers to dismiss before it gets out of this situation.

Finally, the court not only declares the dismissal void, but also condemns the company to compensate him for “violation of the fundamental right not to suffer discrimination.”

Another case of reflex discrimination may be motivated by the representative position held within a company, thus violating the right to freedom of association. This is the case included in a judgment of the Superior Court of Justice (TSJ) of the Canary Islands (text here available) which declares void the dismissal of a worker for being the sentimental partner of the one who was elected, six months before, a representative of the workers of the same company. In the absence of prior sanctions, the recognition of the inadmissibility by the company and the temporal proximity with the appointment of his partner as the workers’ representative, the Canarian court sees clear indications that the motive was none other than to retaliate for being partner of an uncomfortable person in the company, for his great union activism in the defense of workers’ rights. Nullity of dismissal that was also accompanied by the appropriate compensation for moral damages.

Likewise, not only in the private sphere there are discriminations, but also in the right to receive benefits of a public nature. This is the case of the sentence (whose text you can see here) that revokes the denial of the benefit in favor of relatives to a woman because her mother was not a contributory retirement pensioner, but she was a recipient of a SOVI retirement pension. In this sense, the court considers that denying the benefit of relatives to the daughter of a SOVI pensioner is discriminatory for women by “making the people who received this remuneration, mostly women, in a worse condition, which was established to protect a group who worked before 1967 and who, due to the circumstances of the time, abandoned their jobs due to getting married ”.

Caring for a sister

Also in the public sphere and due to gender, a ruling issued by the Constitutional Court (STC 71/2020, of June 29) considers that the Basque Health Service applied a directly discriminatory criterion to a nurse, not because of her sex, but rather that of her sister, with respect to whom the petitioner for protection requested a license to attend to her on the occasion of her delivery. In this way, “the denial of the granting of a license was produced because it was a hospitalization derived from childbirth, which only affects women, and causes restrictions or economic damage to their relatives, who cannot attend them.”

It is clear that reflex discrimination can occur in multiple scenarios, although majority jurisprudence requires, in any case, that the discriminated person provide a principle of proof or indication significant of the existence of the discriminatory situation, such as the coincidence between the date of dismissal and the delivery of the woman. Likewise, it establishes that it will correspond to the defendant to prove the existence of sufficient, real and serious causes, to qualify said questioned behavior as reasonable and justified, such as, for example, providing prior sanctions that support a disciplinary dismissal.

Finally, it must be taken into account, by virtue of the reiterated doctrine of the Constitutional Court, that the lack of discriminatory intention is not a reason to deny the violation of a fundamental right, since the protection of these rights is not subject to the existence of guilt.