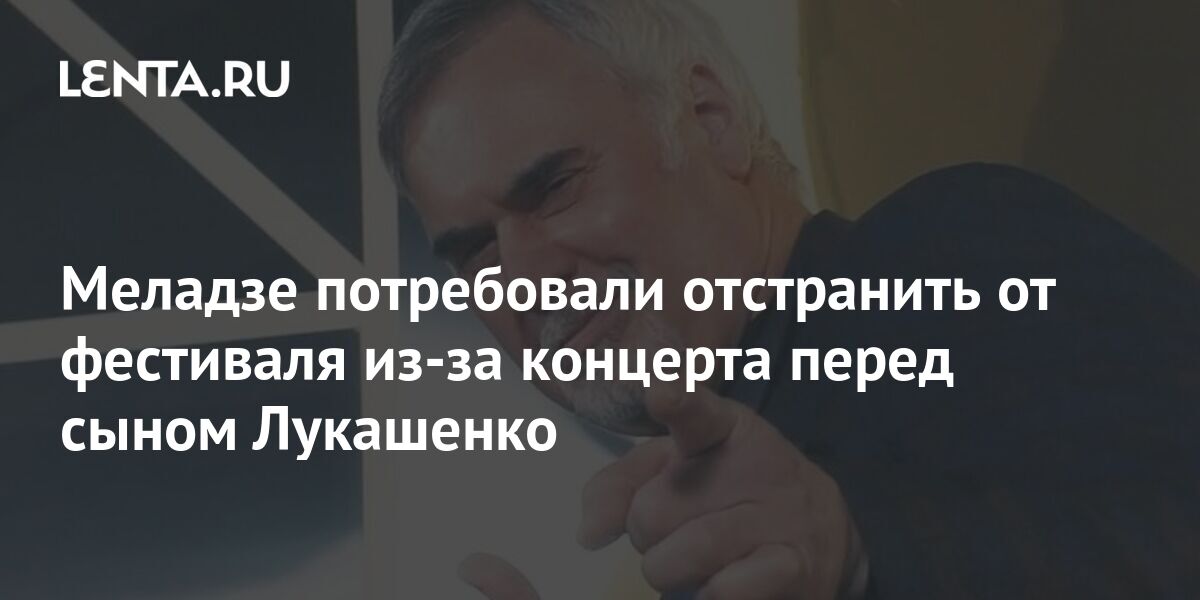 Russian performer Valery Meladze was demanded to be removed from the Ukrainian festival Atlas Weekend because of a concert in front of the son of the President of Belarus Alexander Lukashenko. This was reported by “Media Detector”.

It notes that Meladze’s participation harms not only the reputation of the festival, but also the reputation of the country. In their appeal, public organizations state that “Lukashenka’s regime destroys and imprisons Belarusian citizens, engages in aviation terrorism, and arranges repressions against civil society and independent media.”

In May, artists Vera Brezhneva, Valery Meladze, Grigory Leps and Emin were criticized for a concert in Belarus. The musicians performed in the country on May 28 at the invitation of Viktor Lukashenko, the eldest son of the President of Belarus Alexander Lukashenko. The performers flew in on a Russian Yak-42 business jet.