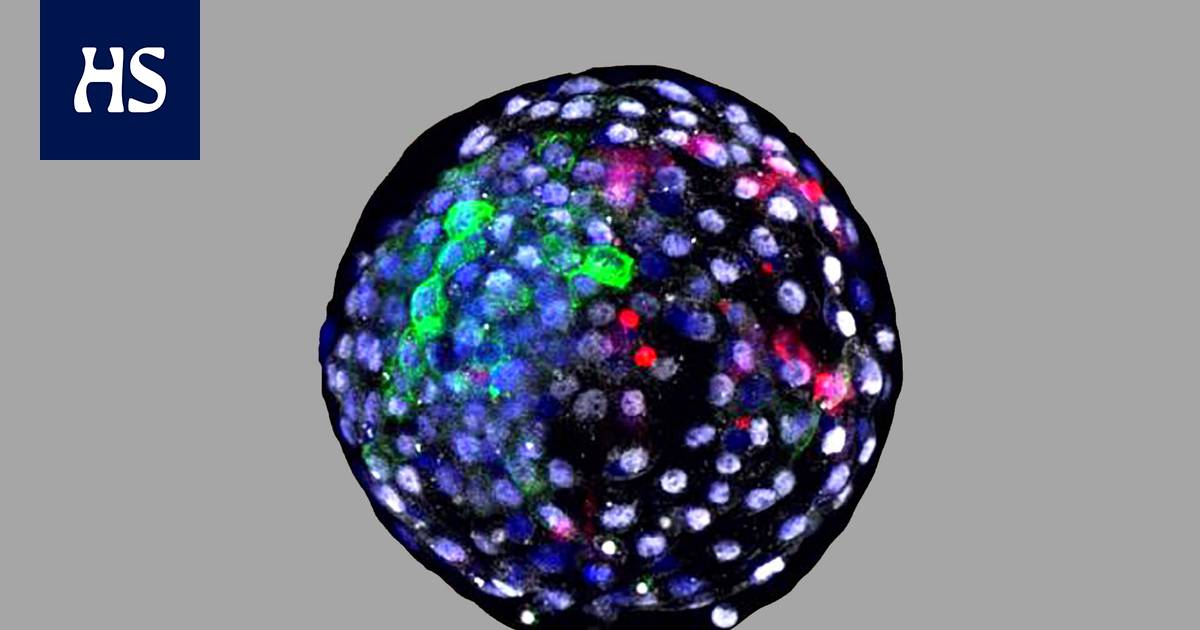 The embryos developed for 20 days, but they grew as if skewed. Human cells lagged behind monkey cells.

Researchers have managed to combine human cells with a monkey embryo for the first time in history, according to a recent U.S.-Chinese study.

The aim is to grow human organs in surrogate animals, for example for heart, liver and kidney transplants. Experiments can also be used to study early human development and disease progression.

Attempts have been made to develop organisms, or chimeras, from two genetically distinct cell lines since the 1970s. The term chimera comes from an ancient Greek mythical beast with a lion’s head, a goat’s body, and a snake’s tail.

The first chimeric experiments were performed on genetically close animals, rodents. Stem cell researcher at the universities of Tokyo and Stanford, among others Hiromitsu Nakauchi implanted mouse stem cells into a rat embryo whose pancreatic development was inhibited.

The result was a rat with a pancreas constructed of mouse cells. It was passed on to a diabetic mouse whose blood sugar control returned to normal thanks to a new pancreas.

The same was first tested on human cells in 2017 when a research team at the U.S. Salk Institute, which specializes in biology, tried to implant human stem cells in a porcine embryo.

The pig was selected as an experimental animal because it is easily manageable and sized to grow human organs.

However, the experiment failed because human cells did not attach to the porcine embryo. After less than a month of growth, only one hundred thousand cells were of human origin.

Fresh study biologist Juan Carlos Izpisúa Belmonten a group led by us tested whether human cells could be linked to an animal genetically closer to us, the Java macaque, instead of pigs.

The researchers used human skin cells that were regressed back to stem cells in the experiment. In addition, the cells were engineered to produce a fluorescent protein. This allowed researchers to monitor their involvement in embryonic development.

The experiment was performed entirely in the laboratory. Stem cells were injected into 132 embryonic embryos six days after fertilization. Embryos were grown in cell plates for 20 days until sacrificed.

After one week, human cells were found in all embryos and less than two weeks after every third. After 19 days, the situation had deteriorated significantly: only three embryos were alive.

However, according to the researchers, the proportion of human cells remained high until the end in those embryos that continued to develop.

Research was published In the journal Cell Science.

“Result was clearly better than in an experiment on pigs, but at the same time it shows that we are still a long way from adult macaque and human chimeras, ”says an assistant professor at the University of Helsinki. Pekka Katajisto.

According to him, the growth of the chimera was slowed down because human and monkey cells behaved differently.

As an embryo develops, its stem cells specialize into their own cell types, tissues, and eventually organs. In this process, human cells lagged behind monkey cells.

In addition, human and monkey cells had difficulty communicating with each other. Cells recognize each other through surface molecules. They are different in different species. If these molecules do not hit together, the cooperation between the cells will not work either.

Katajiston According to him, it is pointless to wait for a solution in the very next few years. Even the genes of closely related animals are regulated in slightly different ways by different species, and even in the delicate stage of development, even small problems recur.

A good example of a failed chimeric experiment is two years ago published a Chinese experiment that sought to combine pig and monkey cells.

The researchers transplanted monkey stem cells into 4,000 porcine embryos, and these embryos were transferred to sows. Of the thousands of embryos, only ten piglets were born, two of which turned out to be chimeras.

“Pig monkeys” looked quite like ordinary pigs on the outside, and had up to a thousandth of a monkey in their organs. They lived for less than a week.

“Perhaps the biggest benefit of these failed experiments has been that they have shown how different we creatures are. In other words, like science films, we can’t just confuse cells with each other, ”says Katajisto.

Chimeric experiments have also slowed down the ethical issues associated with them. To date, human chimeras have not been allowed to grow very far to prevent them from accidentally developing into human nerve tissue.

The concern is that the brain of the host animal would develop too much like a human, allowing them to feel or think like a human.

“This recent study has been very careful with ethical issues. The embryos have only been allowed to grow for 20 days, and during that time they do not have time to develop any kind of nervous system or pain sensations, let alone consciousness, ”says Katajisto.

According to him, the chimera experiment now published is comparable to cell culture, which is already completely commonplace. Ethical issues arise again if the experiment is completed and chimeras are created.

“Before that, it is worth considering whether raising a pig or monkey with human organs is ethically justified. My own opinion is that as long as we raise farm animals for food, banning chimera animals would be quite a piety. ”

Curfew: unconstitutional or not? FDP gets serious in Karlsruhe – and believes in success