McGregor was already injured before he broke his leg: ‘Ask them, they knew!’ | Martial arts 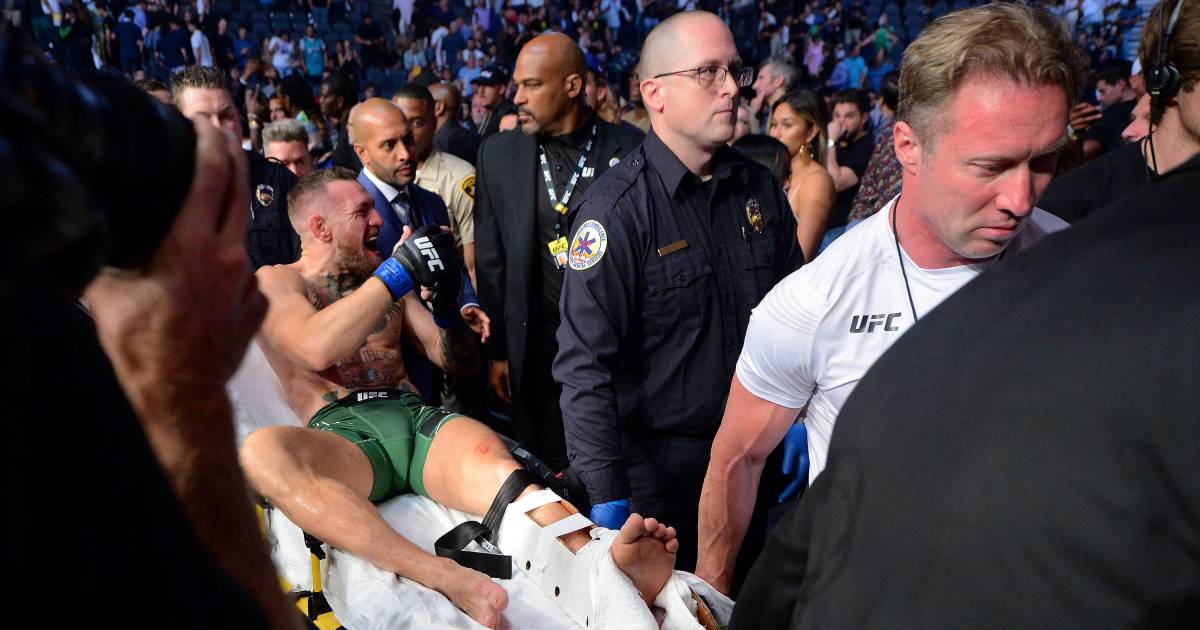 On Instagram, McGregor says that there had already been discussion in advance about whether the fight could continue. “I have problems with my ankle anyway.”

Just before the end of the first round, McGregor broke his ankle. He ended up so unlucky that he broke his shin bone. The Irishman had to be taken away on a stretcher.

According to McGregor, recovering from his surgery, UFC officials were aware of his problems. “Everyone keeps asking me when the leg is broken. Ask Dana White (UFC President, ed), ask the UFC, ask Doctor Davidson. They knew!”

During the training sessions leading up to the fight, he continued to have problems. “I even did a lot of training when the ankle hurt, I still didn’t want to stop training,” said McGregor.

McGregor says in the video that he now has a titanium rod in his leg, from his knee to his ankle. ,,I’ll build up the strength and then I’ll have an unbreakable titanium leg”, the Irishman joked. “I’m like Arnold Schwarzenegger in Terminator 2.”