McGregor tested for doping twice in a week 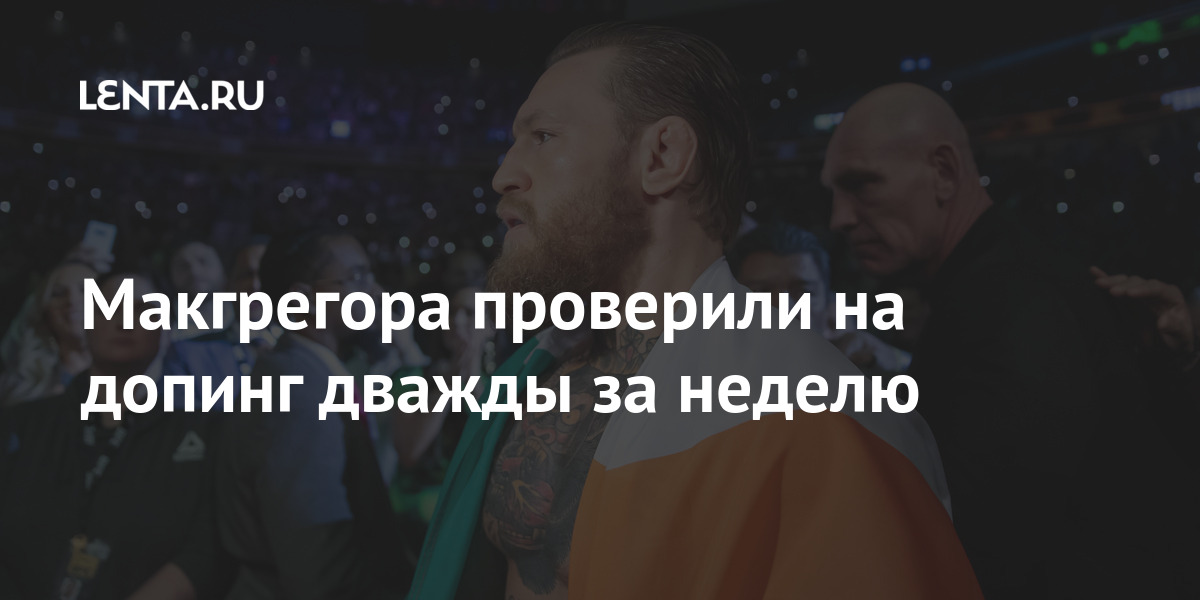 “USADA took urine and blood samples again. For the second time in a week. I don’t blame them, I’m a beast, ”wrote the 32-year-old Irishman. At the same time, McGregor expressed dissatisfaction with the fact that USADA allegedly does not publish information about failed tests. “Either they are suppressing the information, or the excuses about the contaminated substances work,” he wrote.

On July 10, McGregor will have his third fight with American Dustin Poirier at the Ultimate Fighting Championship (UFC) tournament. The event will lead their confrontation. Tournament tickets were sold out in seconds.

In January, McGregor lost by knockout to Poirier. The American thus took revenge for the 2014 defeat.

Florentino Pérez, on the Super League in the newspaper ‘As’: “Either we do something soon or many clubs will go bankrupt”

Coronavirus Pilgrims baptized in the Ganges River accused of spreading coronavirus across India, pilgrims not required to take corona test