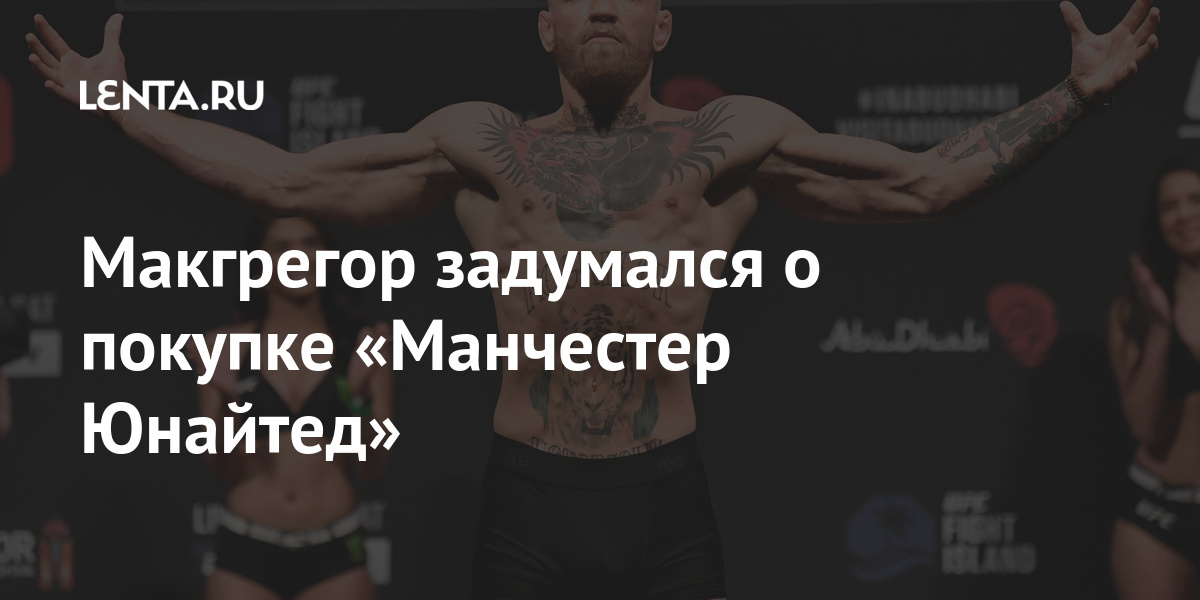 Irish mixed martial artist (MMA) Conor McGregor is considering buying Manchester United. He wrote about this in his Twitter…

Earlier on Tuesday, April 20, Daily Mail journalist Mike Keegan in Twitter said the Glazer family of American businessmen, which owns a controlling stake in the club, is considering selling it. This may be due to the team’s refusal to participate in the Super League. In addition, it was reported that the founding clubs of the tournament will negotiate the dissolution of the tournament.

On April 19, the creation of the Super League was announced. The project involves 12 top European clubs, which are planning to hold a separate tournament.

United States: the jury of the case for the death of George Floyd reached a verdict

Universities Taavi Heikkilä, former CEO of SOK, will take up a new position at Aalto University

The best Kimetsu no Yaiba mural is in Mexico | EarthGamer