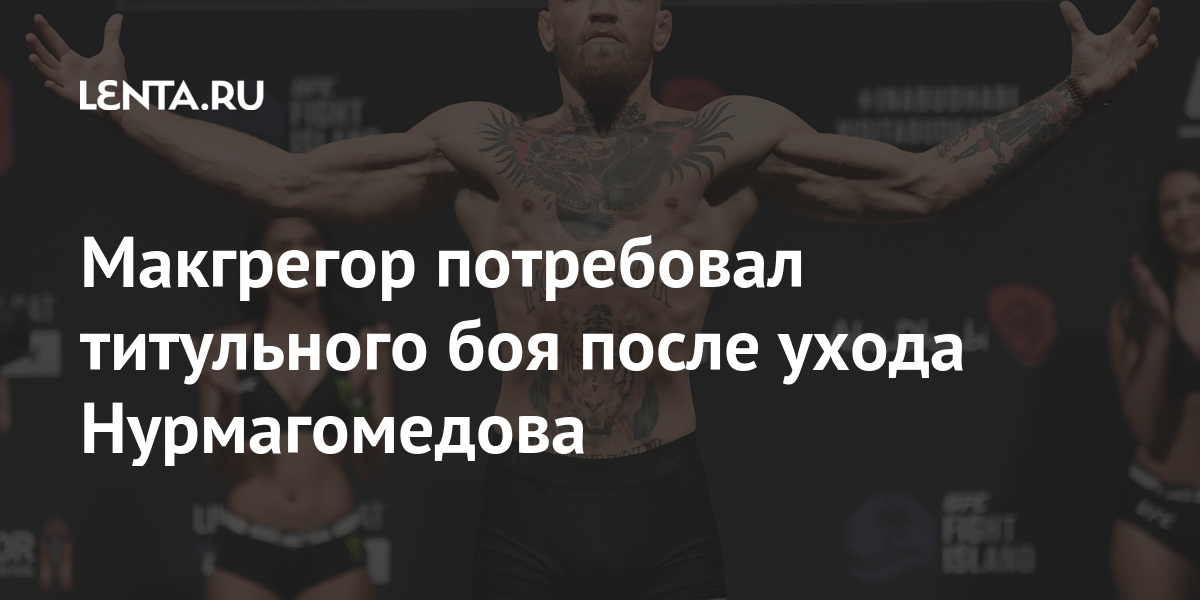 McGregor, 32, left a photo of himself and wrote “lightweight champion, book a fight.” Twitter users considered the Irishman’s statement as a requirement for a title fight.

On May 16, Brazilian Charles Oliveira and American Michael Chandler will fight for the vacant lightweight belt. The fighters got this opportunity after the official retirement from the sport of Nurmagomedov.

McGregor is a former UFC two-weight champion. He fought Nurmagomedov for the lightweight promotion belt in the fall of 2018 and was defeated.

The pearl of the universe tracks … the world in “Dubai Square”