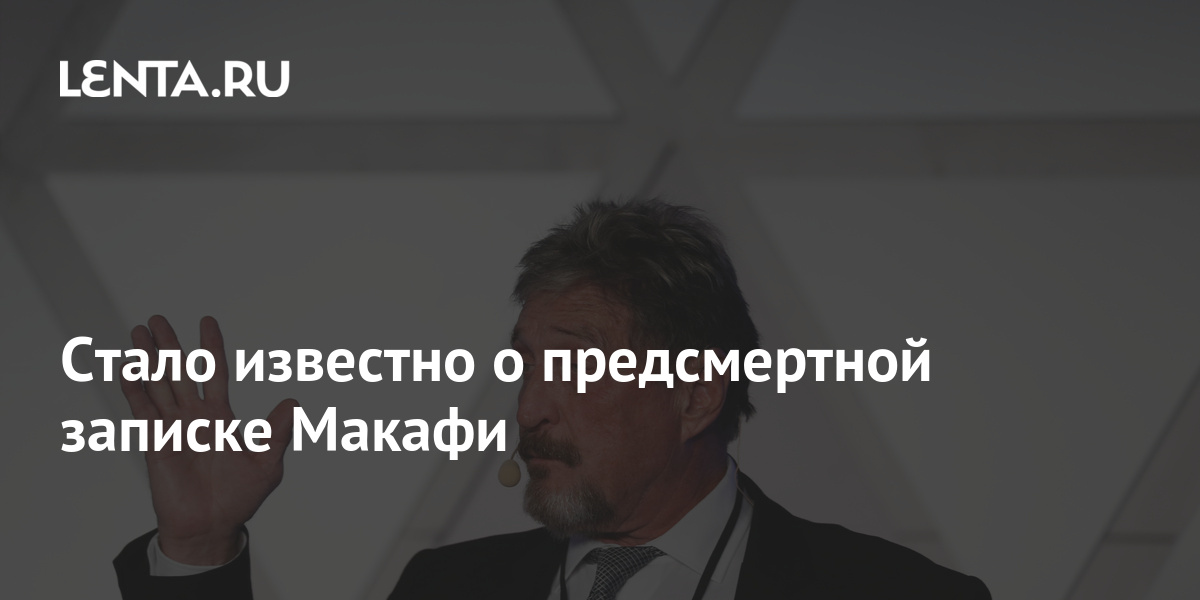 The creator of the popular McAfee antivirus, John McAfee, who was found dead in a Spanish prison, left a suicide note. This became known to the edition of El Pais from various sources.

According to the newspaper, the message was in the pocket of McAfee’s trousers. However, its content is still unknown.

McAfee was found dead in the San Esteve Sesrovires prison in Barcelona on 23 June. According to a statement from the Catalan Ministry of Justice, he could have committed suicide. It also turned out that the businessman left a message in case of his death: it said that he was not going to commit suicide. The widow of McAfee blamed the death of her husband on the US authorities.

John McAfee was detained in Spain at the request of the United States last year. The kingdom’s court approved his extradition to the United States. The American authorities believe that the 75-year-old businessman has evaded taxes by channeling his income to the accounts of dummies.