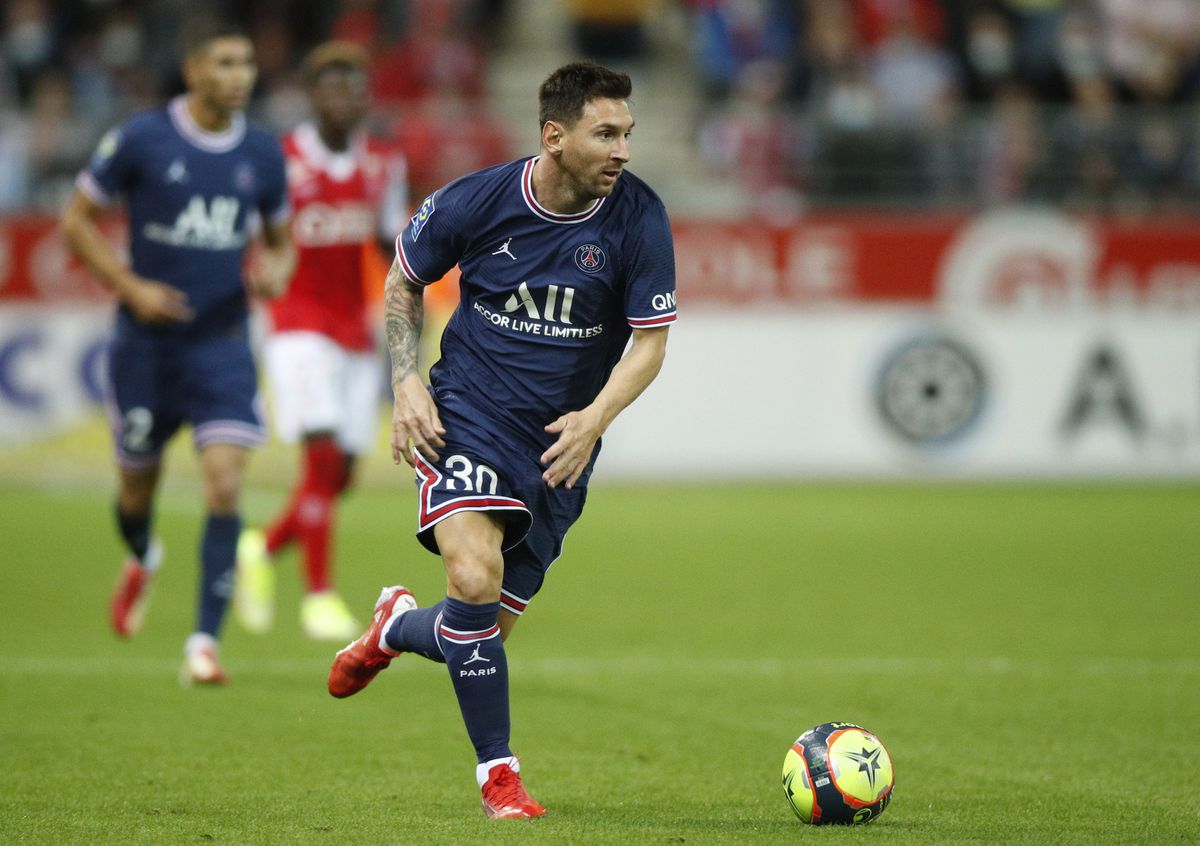 In a corner of the bench, with a garish green bib and chatting with his compatriot Leandro Paredes. This is how Leo Messi appeared for the first time in his life on a football field in a club match without the Barcelona shirt. 778 games and 675 goals later. It was the night of his debut with PSG. France had reserved its best moment of the weekend days ago to receive the ex-Azulgrana. All ready for the photo.

The reality, however, wanted more things. To fate that seemed little. In Reims, 145 kilometers from Paris, there was not only going to be an image. There was also Kylian Mbappé. The French striker of whom, unlike the Argentine, no one outside the leadership of the Parisian club can assure what will become of him in two days. The existential doubt that hammers and exhausts all of world football in the last week. An intrigue that, however, did not prevent him from starring in Messi’s premiere with a double. “Three points, two goals, the perfect night,” he wrote in his networks after completing 90 minutes. When the debutant appeared on the grass, he had already sentenced the crash.

From the outset, Pochettino preferred that the Argentine start as a substitute. It was a bit cool at nine o’clock at night in the northeast of the country, barely 16 degrees at the end of August, nothing to do with 23 in Barcelona. Mbappé was on the pitch, and he started demanding attention. First he warned with a shot to the side of the net after a good oriented heel control. And, at a quarter of an hour, he hit with a headbutt bursting from behind. At Messi’s premiere, Mbappé marked, who celebrated it in a big way, as if no concern gripped the boy at this moment in which a whole diplomatic battle is being fought for him. In the band, La Pulga applauded between conversation and conversation with Paredes and Ander Herrera.

At that point, the Argentine was checking the dominance of his team against Reims, a team from the middle zone of Ligue 1 led by another La Masia product, Óscar García Junyent. Neymar appeared on the right, Di María on the left and Mbappé in the center. One of those positions will be yours shortly. In sports, PSG took the crash as a night of transit, even more so with the advantage of 0-1. So much so that, on the brink of halftime, Cassama rushed Keylor Navas, starter ahead of signing Donnarumma, who was not on the bench for so much word. Along with the substitutes there was, by the way, Sergio Ramos, still in the process of set-up.

The excess of confidence was confusing to PSG, saved in the resumption by the VAR in a disallowed goal to Munetsi for offside. That was the moment for Pochettino to finally send Messi to warm up. And, just then, with the coach giving instructions to the ex-Azulgrana, Mbappé once again claimed his share of prominence: 0-2 in a counter directed by Achraf. A target celebrated with his classic gesture of self-affirmation, crossing his arms, which preceded La Pulga’s long-awaited debut.

He was given the alternative by his inseparable Neymar, a photo loaded with symbolism. Together they played 161 games with Barcelona, ​​they missed each other a lot since the Brazilian left Camp Nou in 2017, they have shared confidences in person and by chat, they tried to meet again with the culé shirt, but the meeting could only take place under the project infinity of PSG. They embraced without excessive paraphernalia, like two lifelong friends.

In the little that had already been duel, Messi played Messi, appearing wherever he wanted while Mbappé continued to occupy the center. He went down, joined, everyone was looking at him. The 30 and the 7 did not take long to connect. La Pulga started in his usual acceleration from three quarters in front of the goal, he linked up with the Frenchman on the right and he looked for him without dissimulation to close the action, however, the Argentine had been locked in after two tarascadas from behind from Reims, who was not around for photos. That was his most prominent passage in a finale with the most kicks of the account. Perhaps the conclusion that Leo de Reims took in his short participation was the wax that was distributed.

The rest of the world, meanwhile, saw him for the first time with a shirt that was not Barça. And he did it with Mbappé. In a couple of days it will be known if this alliance lasts at least the whole year or stays here. Pochettino did not provide more information than the one known: “The football industry is always full of rumors. Our president and Leonardo have been clear. Mbappé is with us. I’m happy with him, he’s one of the best in the world, ”he concluded. The sentence, if there is something to settle in Qatar, on Tuesday the 31st at midnight.

The projection of the continental shelf, the setting for future conflicts with Chile